Some worrying tweets from Sly | ManlyMovie

Some worrying tweets from Sly 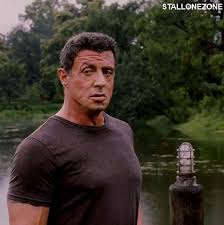 Sly took to Twitter again this week for the first time in … two years or something.  Anyway, the first tweet was this;  “No S. Seagal, sorry, but maybe we get lucky with J. Chan!”.  Followed by some hints at a possible change in tone for the movie;  “EX3 needs NEW blood and more humor…. The films were always meant to be more on the humorous side with moments of drama”.  With apparent enthusiasm, or possibly the early signs of dementia, Sly continued:  “some young bloods!!! By young I mean 22 to 27. Not big bruisers but tech wizard, super brains and a young woman who is not a sex symbol but funny, tough, REAL.”  First of all, no Seagal.  Good news because nowadays I like to laugh at Fat Steve, not with him.  Secondly, for a while when I read “EX3 needs NEW blood”… it registered in my brain as “EX3 needs MORE blood!”.  No such luck.  Well no, EX3 doesn’t need new blood.  The whole raison d’etre of the franchise is to ensemble the old blood.  Now I understand the fear of not performing, Bullet to the Head may have rattled Sly… but if you’re not going to do it properly, don’t do it at all.

Secondly, on ‘more humor’… this is even more worrying.  The big problem with EX2 was its imposing and frankly shit ‘humor’.  It is well established that Stallone and comedy and like water and oil.  They just don’t mix.  Those scenes with Norris in EX2?  Worst part of the film.  Worst part of the franchise even.  Overall, the movie was just too self aware and in a lot of places too camp.  Not to say it wasn’t one of my films of the year, it just had that setback.  Most movies have them in one form or another.  As for Jackie Chan, this seems to fit with a previous entry on Jackie Chan joining the movie… news that worried me that the movie would turn into a caper/farce.  And finally, a ‘funny, tough and REAL’ woman?  What?  Oh, one more thing.  Avi ‘Big Spender’ Lerner is apparently looking to shoot the movie in Bulgaria.

So here we go again.  Unfathomable cheaping out and pandering in a franchise that is laying golden eggs.  First, it was PG EX2, despite the success of the original.  And now this?  22 year olds and ‘super brained’ females making us (not) laugh on $5,000 Bulgarian sets?  Well you can count me out!  What it does need is the remainder of the oldschool legends (Snipes, Biehn, Chan, Busey and Eddie Murphy for real humor).  It needs to be darker, a true Rated-R build and done properly.  What THE FUCK happened to the 1 billion the first two made, Lerner?  How much money does one man need?  I hope these tweets are just Sly gauging fan response and opinion.