Filming wrapped recently with Dragon Blade in China.  The film stars Jackie Chan, John Cusack and Adrien Brody. Cusack will play Lucius, a Roman general who leads a legion of soldiers into China. Brody plays power-hungry Tiberius, who has killed Roman Consul Crassus and chases after Lucius with 100,000 troops.

During filming a real sand storm kicked up, seen in the pictures below.  They appeared to have kept the cameras rolling and tried to incorporate it into the film.  Whether deliberate or not, this is how real film making is done.  An example of this being ‘recreated’ with CGI would be in Mad Max: Fury Road – although that movie will be heavily practical. 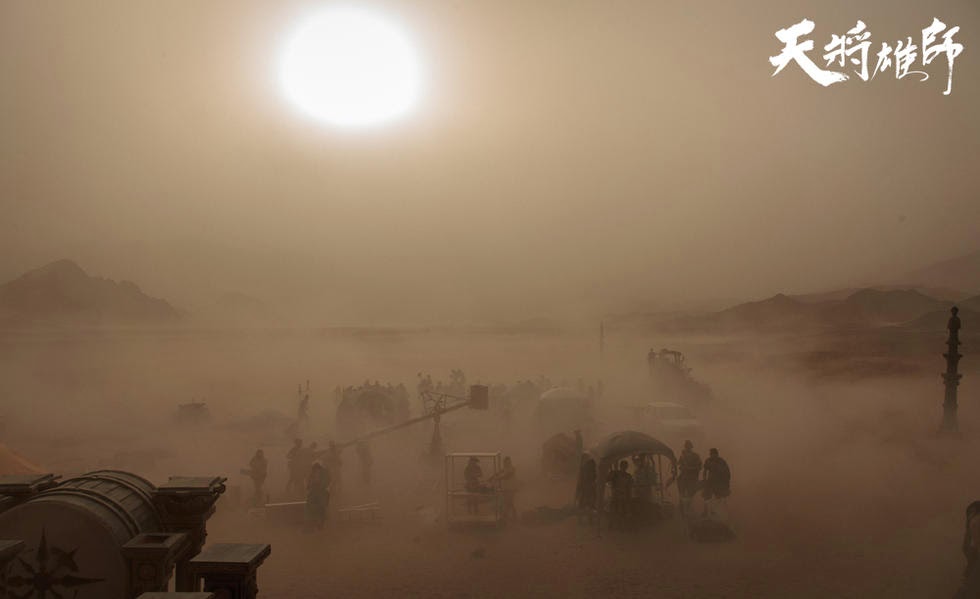 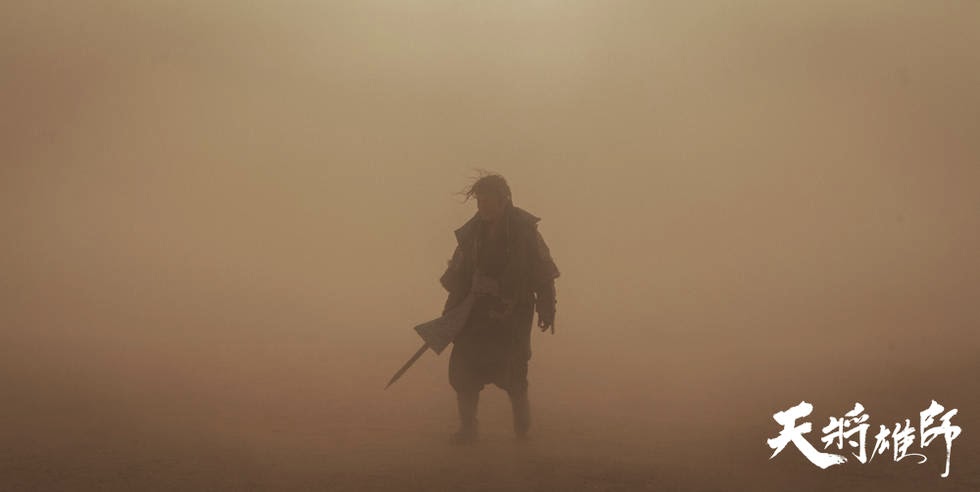 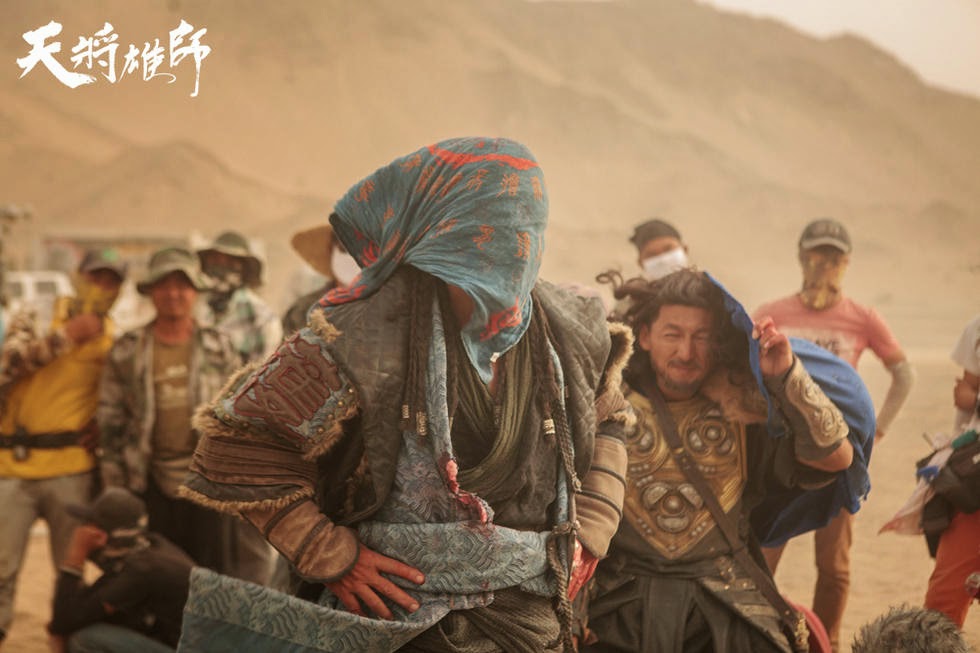 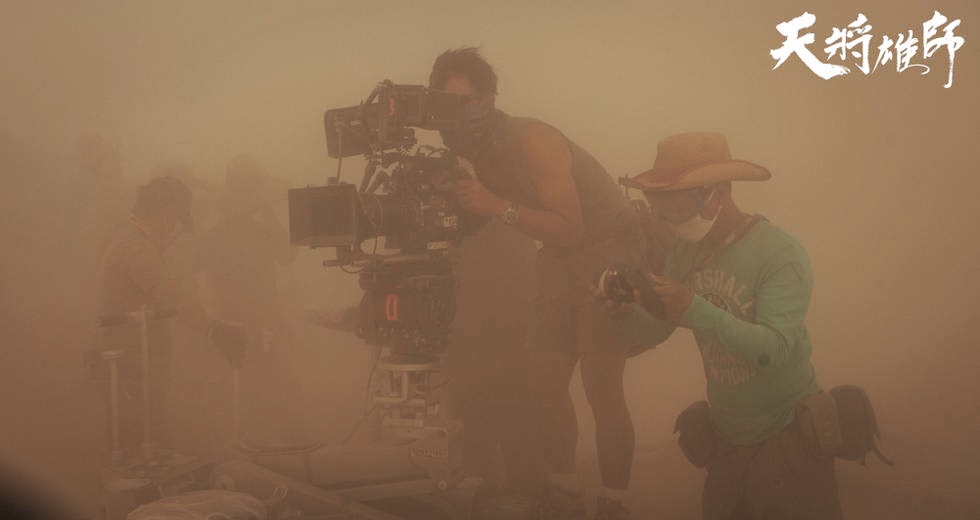 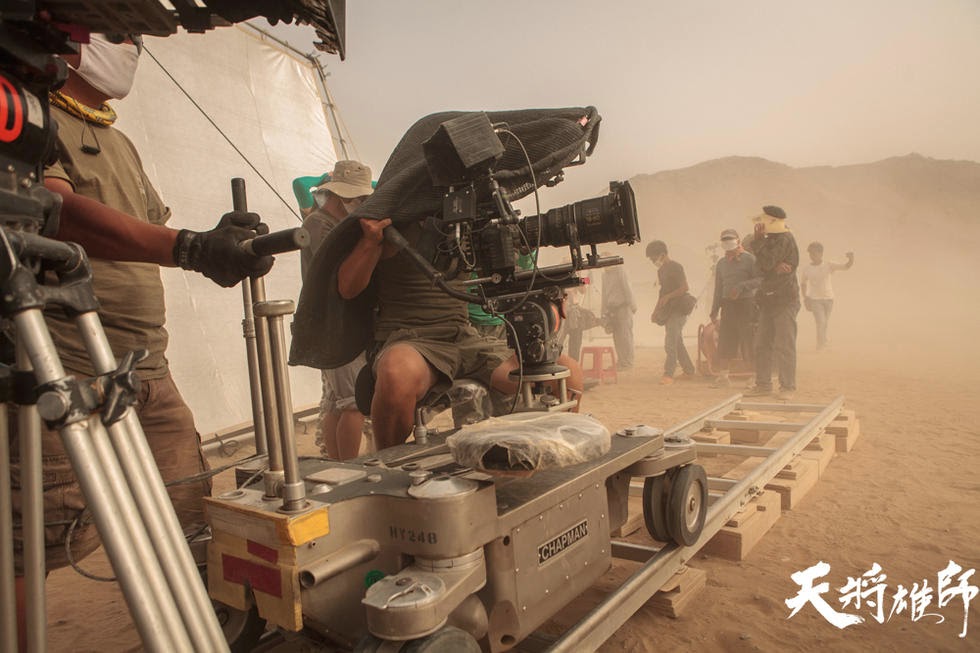 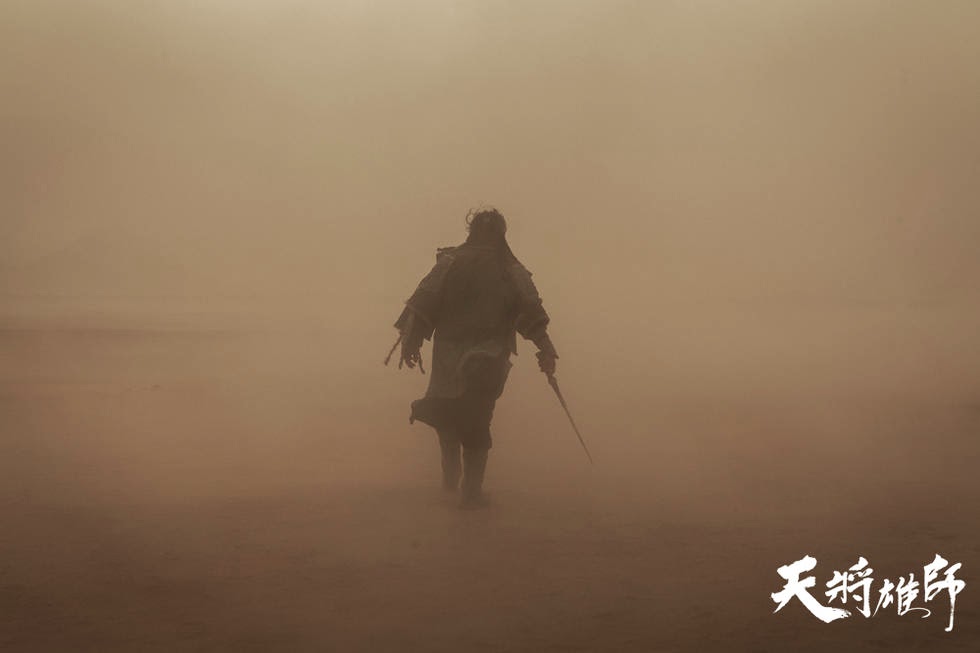