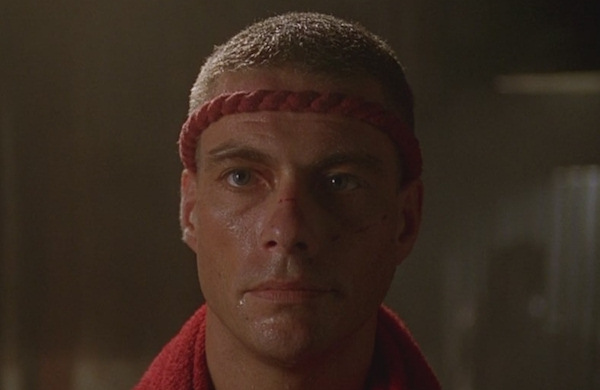 Runtime: 95 Mins
Rated: PG-13
What To Expect: A movie worth a second chance and/or a revisit

I am sort of at a loss to explain why this movie was berated in the manner that it was, and is.  While by no means a classic it’s for damned sure not a bad movie.  Is it because it was directed by Jean Claude Van Damme?  Was he an easy target, did reviewers feel a need to balance out their quota of positive reviews by taking aim at this?  That happens sometimes.  But who knows.  The Quest is an underrated movie, here is a one you should go back to, if you haven’t seen it in a while.  Even better if you haven’t seen it at all.

The movie is quite similar to Bloodsport and in fact there was a legal dispute over the originality of the content, but that’s hardly a bad thing for viewers.   Jean Claude Van Damme is a good-hearted street criminal, the leader of a gang of hungry children, who inadvertently ends up up in an elite fighting tournament taking place in South East Asia.  On the run, a naval Captain (Roger Moore) rescues him from stow away slavery and both men pursue an adventure involving a solid gold prize.  Look, this isn’t Shakespeare, nor does it try to draw such an illusion.  It’s a 90 minute fighting movie and considering that, the story is entirely serviceable.  Mortal Kombat, Enter The Dragon and others have tread this territory for a reason.

The fighting in The Quest, if you’ll remember, wasn’t too bad when it came out at all.  And now, 18 years later, it’s even better.  It comes like a breath of fresh air to see two men duke it out in a fight scene where the camera men and editors are doing the fucking job they were hired to do.  A guy gets punched?  Yeah, you see it, the cut won’t end up ’till you see just how badly it has hurt him.  Unlike today’s hyper chaotic fight scenes.  A breath of fresh air in more ways than one too – this movie has beautiful natural and set lighting, it often looks quite phenomenal.  You also have to love the clash of styles here, it wasn’t considered cringe worthy in 1996 to mix things up, e.g. a boxer versus a sumo wrestler?  Sometimes realism should be damned.

The limitations of the movie then?  Some of it feels rushed, say for example, I think it could’ve done with a better monologue to seal off its breezy and almost fantasy orientated tone.  And while the story in such movies does not necessarily need to be something that would catch the eye of Michael Mann, some might find the third act almost too thin on the narrative ground.  It’s almost wall to wall fighting, like an arcade beat ’em up.  But people really should curb their expectations as mentioned earlier.  This was Van Damme’s directorial debut and you know, he did very well.  Compared to Steven Seagal’s On Deadly Ground, this one is superior.

Probably best to wait for the upcoming Blu-Ray, if The Quest is back on your agenda.