GIVEAWAY: The Blob On Blu-Ray With Steve McQueen | ManlyMovie

Home / Action / GIVEAWAY: The Blob On Blu-Ray With Steve McQueen

GIVEAWAY: The Blob On Blu-Ray With Steve McQueen One of the original manly creature features was of course The Blob (1958), starring the ‘King of Cool’ Steve McQueen.  The movie is headed to Blu-Ray in April and today we have a second giveaway, with three copies of this movie available courtesy of Fabulous Films.

Cult classic The Blob is now available on DVD and for the first time on Blu-Ray – with an all new 4k digital restoration. A cult classic of gooey greatness, directed by Irvin S Yeaworth (Dinosaurus!). The Blob helped launch the careers of Steve McQueen (his first major feature role) and composer Burt Bacharach. Superb performances and striking special effects help The Blob transcend the schlock sci-fi and youth delinquency genres from which it originates.

Every July cult film fans flock to Pheonixville for Blobfest, a three-day horror film extravaganza where they re-enact the scene where the audience flee the newly restored Colonial Theatre.

In a discussion with evolutionary biologist Richard Dawkins, astrophysicist Neil deGasse Tyson stated that among all Hollywood aliens (which were usually disappointing from a scientific perspective) The Blob was his favourite and the most plausible alien character depicted in sci-fi.

The Blob was released as the bottom half of a double feature with I Married a Monster from Outer Space but early marketing and initial bookings proved The Blob more popular so it became the main feature with more money being spent on it’s promotion.

Synopsis: The Blob follows the havoc wreaked on a small town by an alien creature with neither soul nor vertebrae, with Steve McQueen playing the young rebel teenager who tries to warn the town folk about the jellylike invader.
Cast: Steve McQueen (The Great Escape), Aneta Corsaut (Days of Our Lives), Earl Rowe, Olin Howland

To enter simply email jordan@manlymovie and request a copy, only three available.  This offer is open to residents of the United Kingdom only.  Please include your name and address, no P.O. Boxes. 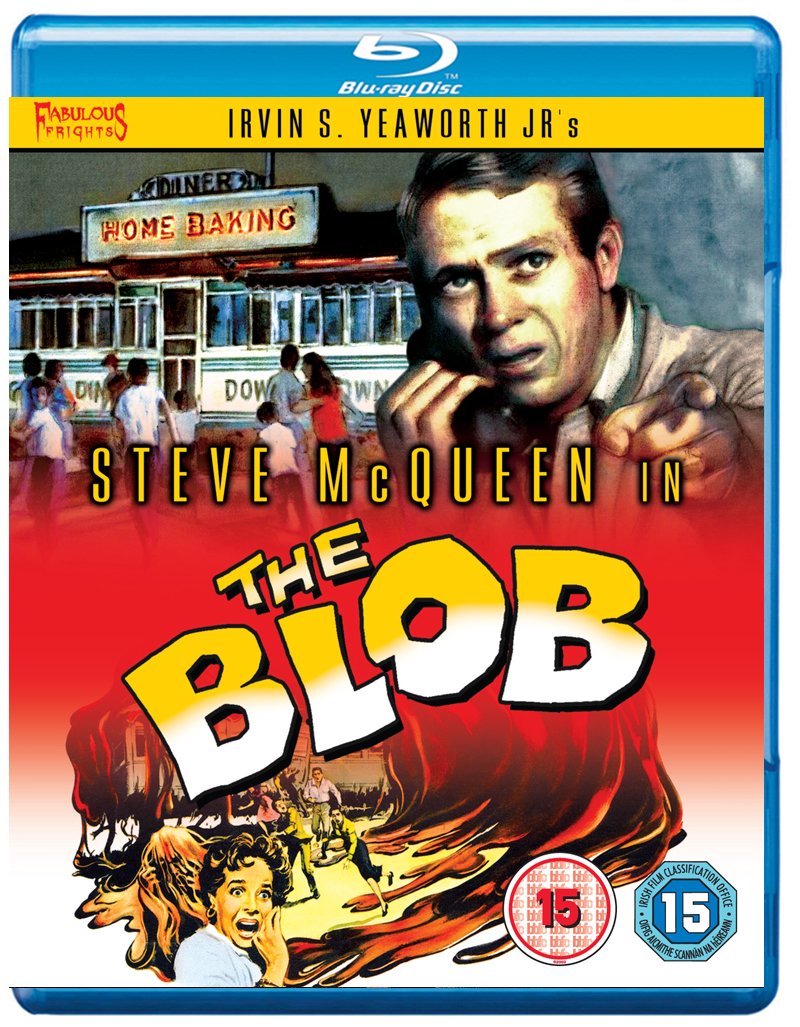