At the end of our Terminator: Genisys screenplay review a reference was made with regards to a huge twist in the movie.  I said it was pretty much horrific.  I suppose now it’s safe to point out what that is – Jason Clarke, playing John Connor, is a ‘Terminator’.

Or more accurately, he’s the leader of the human resistance who is infected by Skynet nanobots.  You can probably work out where it goes from there.

Beyond that it seems that Paramount is embracing what was leaked and including Connor’s morphing to and fro from man to bot in trailers and posters too (see below).  They probably think that you might as well use the information to an advantage, perhaps by making people curious.  Who knows.

Either way, I think promotion for this movie is as bad as the screenplay.  Case in point is the poster below, even Steven Seagal’s posters are better these days.  I’m not sure how much Paramount have invested in this movie, other studios have too.  Whether they’re majority investors or not, I can’t remember. But to me it looks like Mission: Impossible: Rogue Nation is their sure bet for the summer, they might be simply giving up on Terminator: Genisys, since the former was moved forward to the summer too.

And now, the worst poster ever for a Terminator movie. 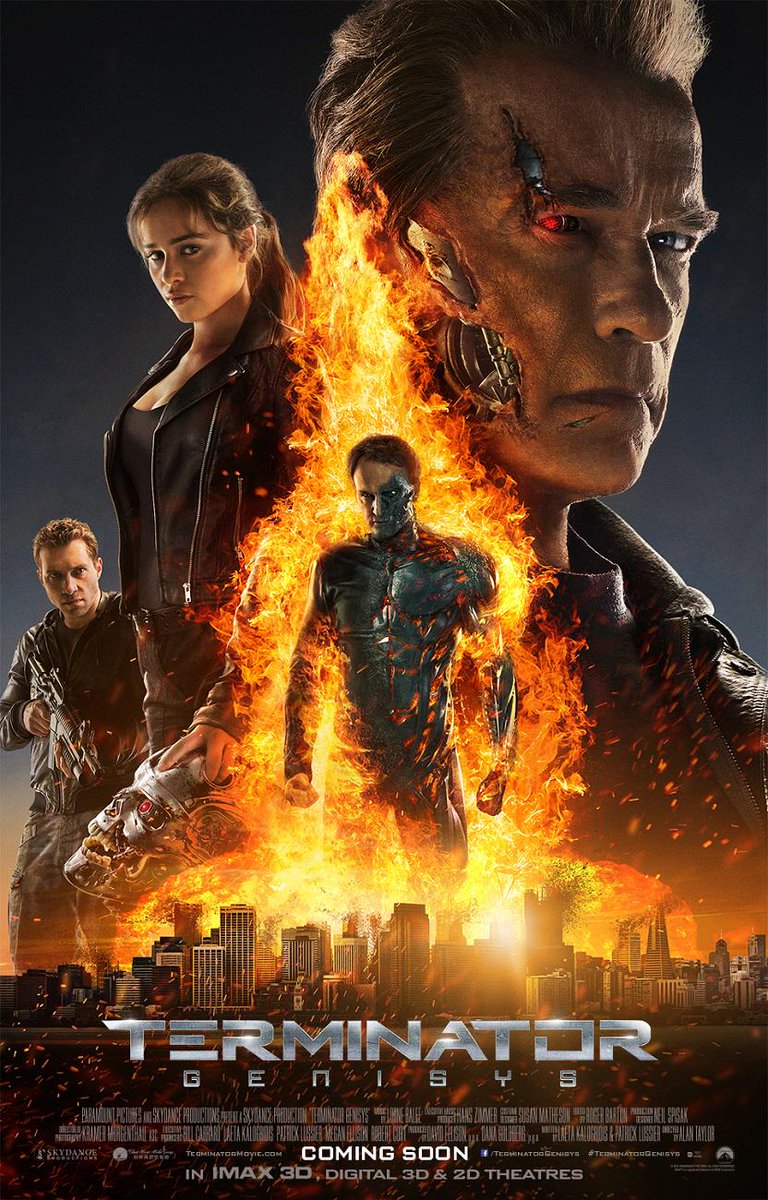