War Pigs is an upcoming WW2 action/thriller starring Dolph Lundgren and Mickey Rourke.  It has been said that the movie could go theatrical, which has been confirmed by producer Chad A. Verdi in a recent interview.  We can expect the movie in October.

That being said, right now Michelle and I have six films coming out over the next 18 months and we want to enjoy every minute of the journey.

‘Almost Mercy’ is being released this month and this film was written and director by Tom DeNucci, a dear friend of ours. Then ‘Ten Thousand Saints’ starring Ethan Hawke, Hailee Steinfeld and Emile Hirsch will hit theaters this summer. We expect ‘War Pigs’ starring Mickey Rourke and Dolph Lundgren to be released in theaters in early October with ‘Bad Hurt’ to follow.

Additionally two new pieces of artwork have surfaced, a UK DVD cover and a piece from Cannes.  Check those out below, along with the synopsis.

Disgraced World War 2 Army Captain Jack Wosick (Luke Goss) is given the opportunity for redemption when asked to lead a rag-tag unit of misfits known as the War Pigs on a secretmission to go behind enemy lines to uncover and capture a Nazi developed Super Weapon the V3, a massive artillery canon that would give the Nazis an insurmountable advantage against the Allies.

With the help of Captain Hans Picault (Dolph Lundgren), a German Anti-Nazi serving with the FrenchForeign Legion and Colonel AJ Redding (Mickey Rourke), a battle hardened WW1 veteran, Jack must train, lead and earn the respect of his new squad to become a functioning reconnaissance unit. 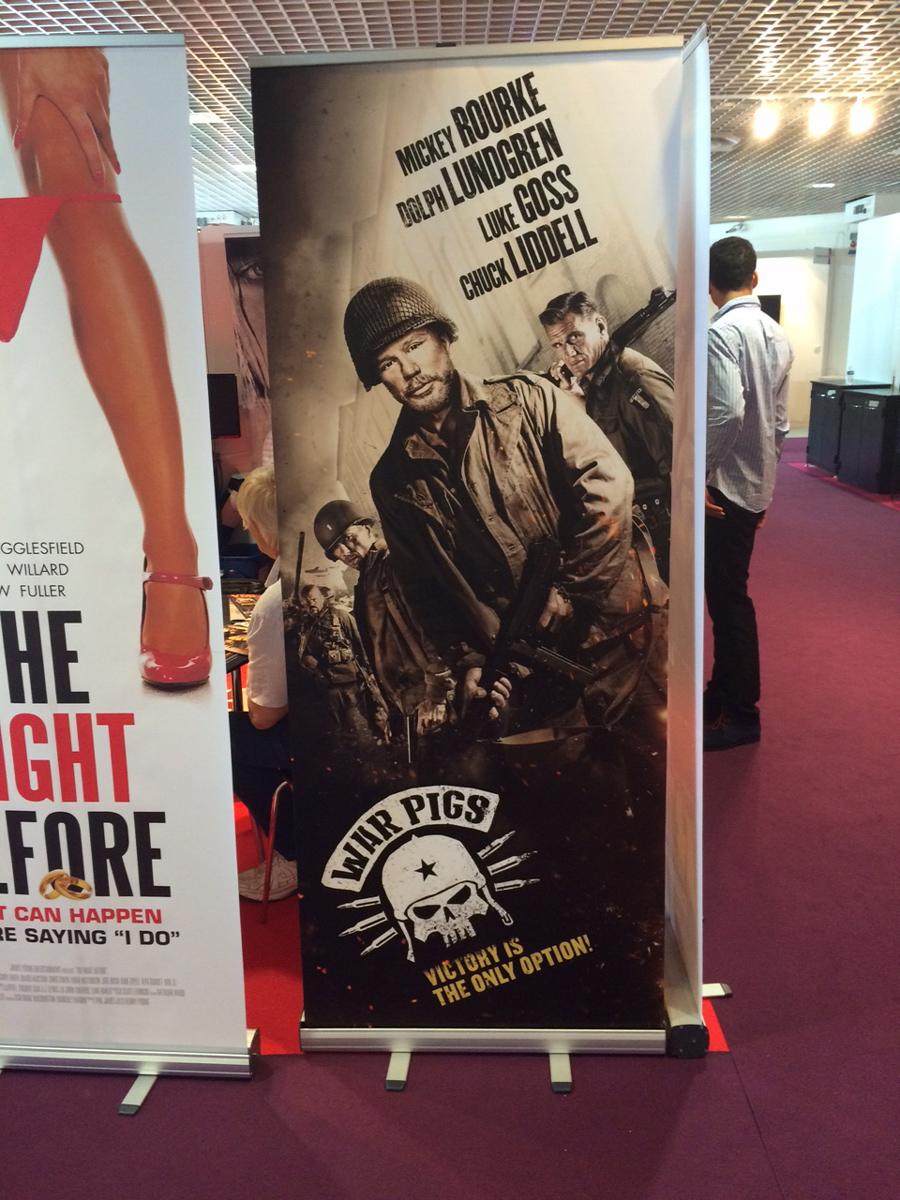