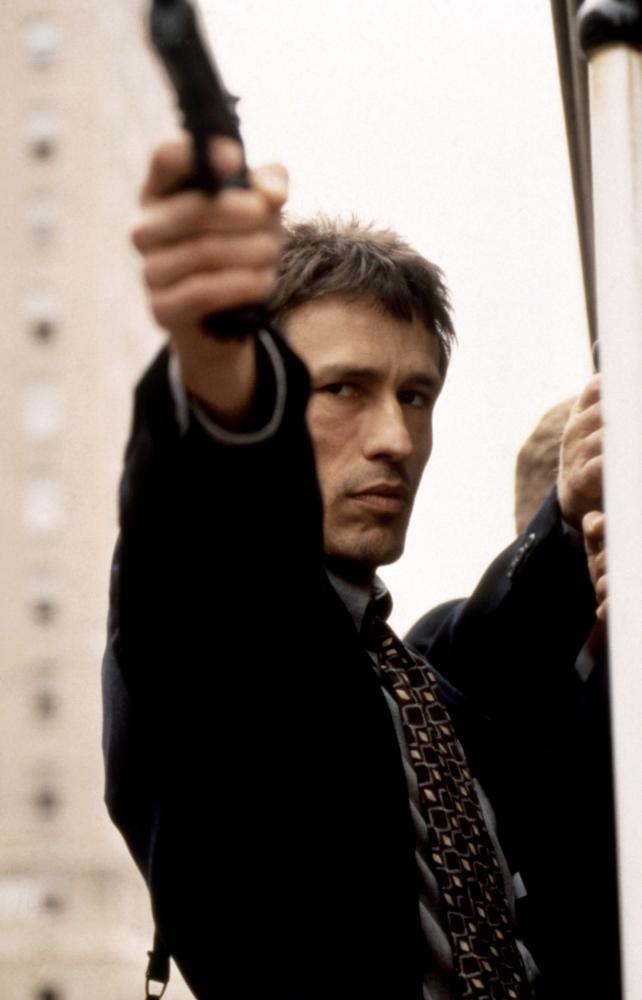 Here is a movie that was shit on when it came out, apparently from all corners.  Time has not been kind to it either, like other movies that released to bad reception but grew favourably over the years.  The film sits at 5.5 on the IMDb and an even worse 15% on Rotten Tomatoes.  It’s almost like people hate them movie or something.  Well when I first caught it, I liked it.  And when I watched it again recently, I still liked it, even if I could appreciate some faults here and there.  Metro is kind of at the end of Eddie Murphy’s manly movie career, aside from Bowfinger and maybe one or two others, his career has been ‘questionable’ ever since… Pluto Nash, anyone?

The film sees Eddie Murphy’s cop Scott Roper involve himself in an increasingly personal feud with jewel thief Michael Korda, played by Michael Wincott, AKA ‘that guy from Alien 4’ (he should have been the lead in that movie, right?).  That’s a short description for the plot because really, there’s not much going on there.  Wincott’s plans are disrupted by Murphy, Wincott tries to take out Murphy’s woman.  And rob some jewel stores. Straight forward, but reasonably effective and carried by the two lead actors.

Here and there, the movie can become ridiculous.  For instance, Michael Wincott stages a prison bust out from what has to be one of the most lax security facilities ever, either that or very lazy writing.  But you know, it has its moments.  When Wincott tries to rob a jewel store and is effectively surrounded by cops, he manages to enact a novel way of escaping, which has been used in ‘superior’ movies since, in all probability ripped off from this movie.  Wincott also cuts a fearsome villain, highly convincing and menacing, I liked his string of 1990’s creep roles.  And of course, Murphy is always fun to watch and can deliver even the shittiest of lines to a higher rate than they’re worth.

It’s no masterpiece, but if you hose the shit that everyone has sprayed on ‘Metro’ off and you haven’t seen it, give it a chance.  The film sure has some pre-comic 1990s attitude.