Good news if you’re into 1980s television… Mill Creek Entertainment has announced that it will release on Blu-ray Miami Vice The Complete Series and Knight Rider The Complete Series. The two box sets will be available for purchase in October.  Check out the artwork for both at the bottom.

Ride shotgun with mysterious crime fighter Michael Knight (David Hasselhoff) and the hottest car on four wheels, K.I.T.T., as they chase elusive criminals in each action-packed episode. The heart-pounding complete series of Knight Rider packs in even more thrills, more high-speed chases, and more full-throttle excitement with dynamic duo Michael Knight and K.I.T.T. in the action series that left all others in the dust. SIXTEEN-DISC BLU-RAY BOX SET. 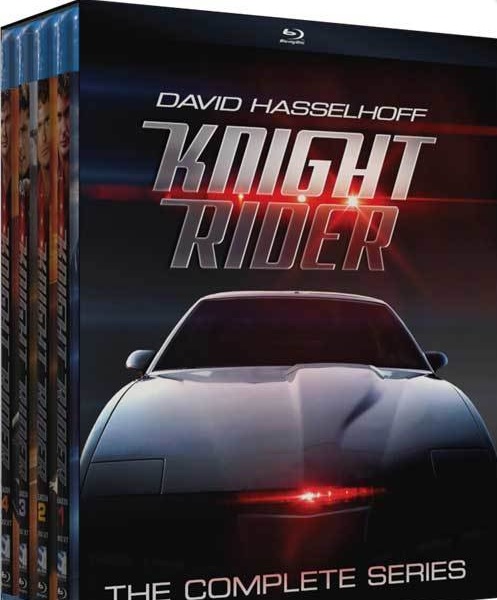