I must admit to having never watched Miami Vice before (hey, you can’t claim to have watched everything!).  I don’t know why I put it off, even though people whose opinions I trusted kept egging me on to give it a shot.  Well now that Fabulous Films are preparing the release for Region 2 Blu-Ray, I kinda got myself stuck neck deep in Miami Vice.  I’m fucking smitten.

Originally conceptualized as a cop serial for the MTV Generation, Miami Vice could well be the epitome of 80’s pop culture.  For the rest of the minority of uninitiated, get this; it’s a television show produced by Michael Mann which had a budget of $1 million dollars per episode.  In it, everything from the decade is here, Phil Collins (even showing up in person), Armani suits over t-shirts, ray bans, narcos and Ferraris. Cops driving around in super cars? How can it be?  Easy, they’re vice squad and it’s called asset seizure. 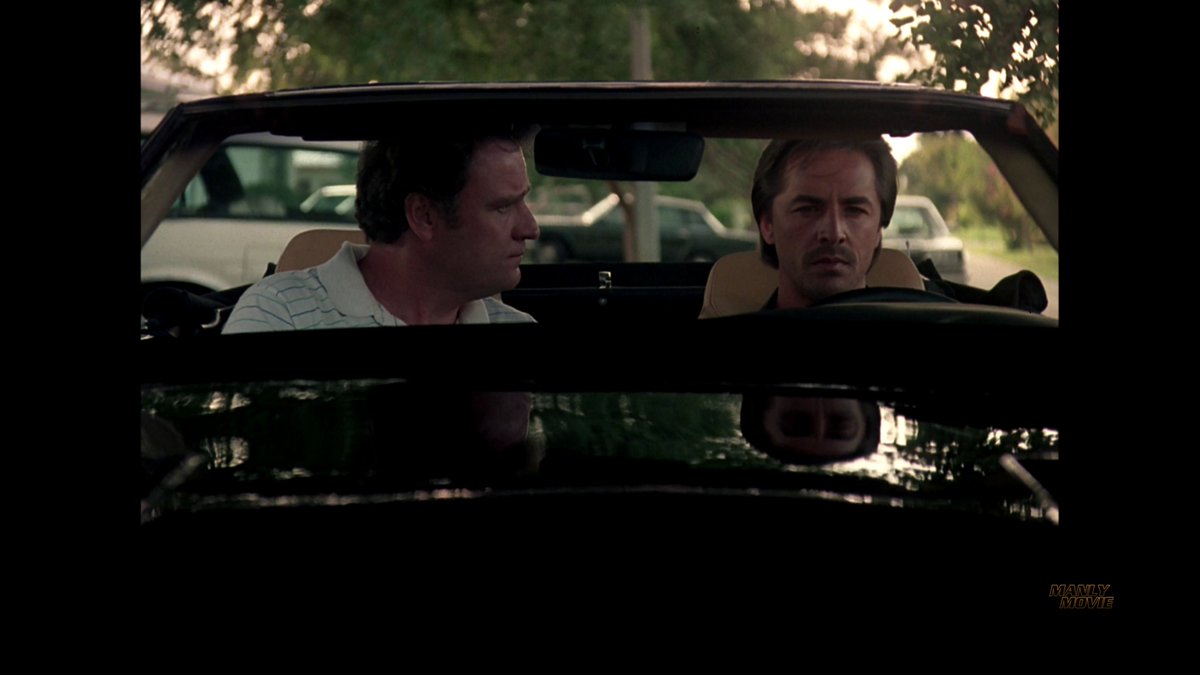 I’ll tell you something, man.  In the remake movie, it seemed like Colin Farrell and Jamie Foxx were trying.  Trying is not cool, you cannot try to be cool; you’re either cool or you’re not… and Don Johnson and Philip Michael Thomas are cool.  They’re cool when they just stand around doing nothing, without even speaking.  Both of them are the kind of guys who can be the centre of attention in a rowdy room despite sitting quietly in thought.  In fact, this whole show is just impossibly fucking cool, before the Ferraris, Rolexs and Ingram Mac-10s show up!

And okay, while there are some filler episodes here and there, throw in some Dire Straits, cameos from people like Bruce Willis and the stunning cinematography of Miami and you can understand how easy it is to binge on this stuff for the first time.  I mean is it weird that I should be fascinated by the mobile phones in this show like they’re new wonder toys, even though the tech is nothing these days?  Or not being able to help but ask, what type of jacket is that?  Or downright loving the gratuitous firearms shots?

A show about the coolest time of the 20th century in the coolest place on the planet, I’m intoxicated with Miami Vice.

I can’t say for certain, but I’d guess for sure that this is the same release that finally came on Region 1 last month.  This is region locked to R/B by Fabulous Films, so on paper everything is probably identical save for the artwork.  On that level I can’t comment because the stuff I receive from press more often that not comes on loose watermarked discs regardless of publisher without cases or packaging.  But I would hope that the final packaging represents the product itself… I hear the DVD release came in an alligator skin box. 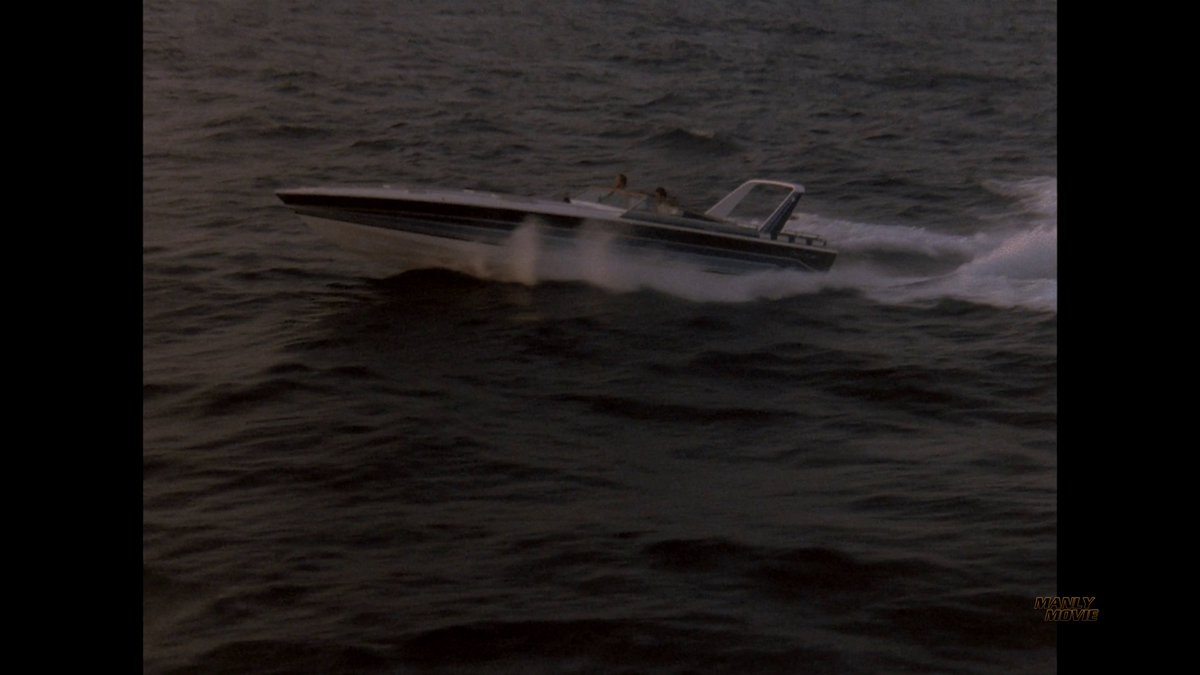 irst, to get something out of the way.  There are unfortunately no extras, zilch.  This appears to be Universal’s doing, who have not given the R1 release anything either.  Why they would do this baffles me, given how important this TV show is.  For vehicles, cast, weapons and concept you could get hours alone. The soundtrack, which held up the DVD release for so many years, could easily win at least some type of coverage.  But there is nothing here.

The main show comes on 20 50gb dual layered Blu-Ray discs, encoded in AVC and I’ve found it to be a mixed affair.  Sometimes it can be dark and murky (in daylight shots) with detail being kinda average. Other times it can really pop and leave you in no doubt that it is full 1080p. 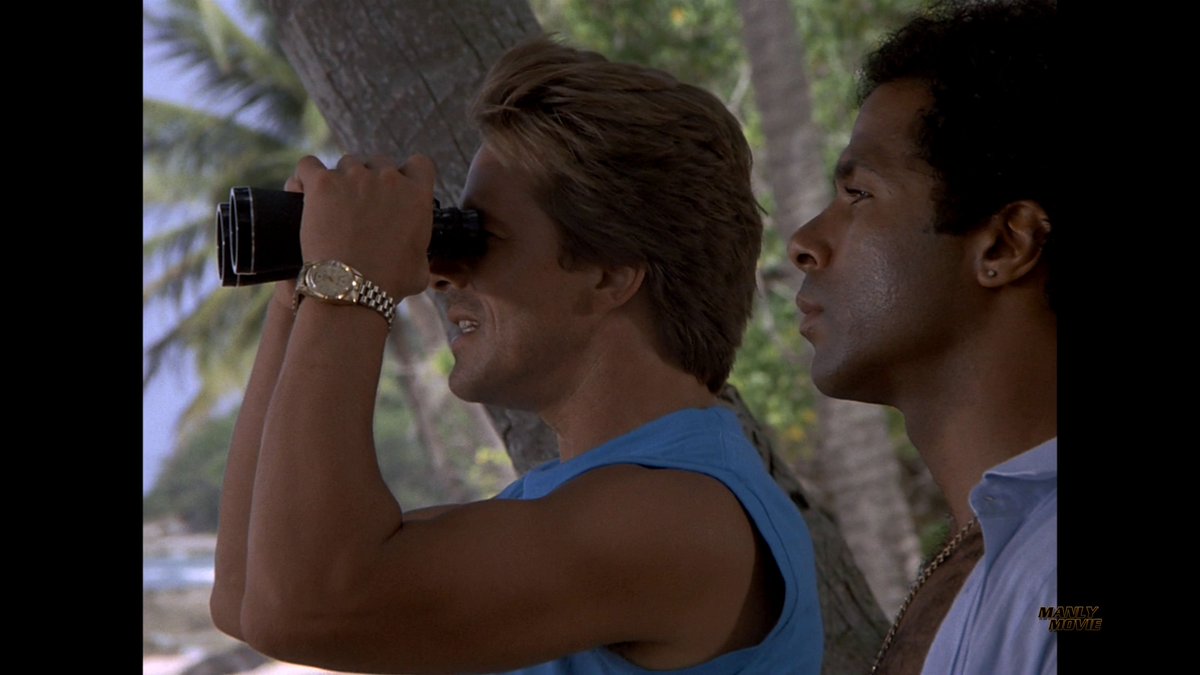 The series really makes use of color, originally being hailed by a few critics as the first show to really make use of color TV.  And in this remaster we can see it, neon, teal and rich contrast.  Even if sometimes the grain on screen can become slightly intrusive and dark details difficult to distinguish. Given how good The A-Team was, I fear this is as good as Universal might get out of this print (drawn from 35mm), because there’s obviously not a lack of effort.

But don’t take this as a negative appraisal.  When I watch this show in the dark, I forget that it’s 4:3.  And it comes with a 5.1 DTS HD Master Audio soundtrack (Dolby Digital 2.0 too, for you purists who watched it back in the day) and listening to that truly astounding soundtrack, gunshots and seeing the show for the most part in crisp detail… I’ll take it and then some.

Miami Vice: The Complete Collection is released on Blu-Ray on December 12th.