In Defense Of Captain Rhodes | ManlyMovie

In Defense Of Captain Rhodes 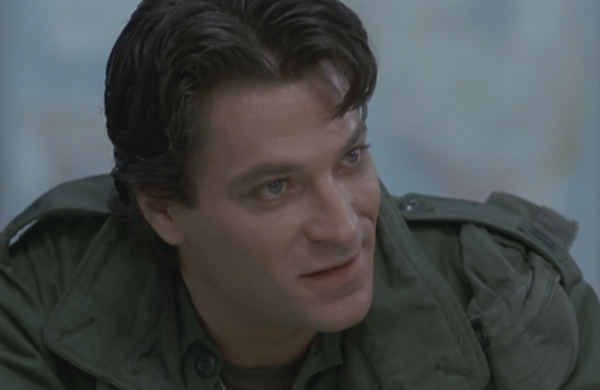 In Day Of The Dead, after a zombie apocalypse, a military unit is held up in an underground bunker with a scientific research team.  The leader of the group, who takes charge at the start when the Major dies, Captain Rhodes (played by Joe Pilato), is the central antagonist of the movie.  He is portrayed as a brutish thug, behaving illogically while the progressive/liberal science team try to save humanity.

However, if you look closer, that wasn’t the case at all.  Captain Rhodes was the good guy.

It’s made clear throughout the movie that the experimentations on the zombies are futile and have, as Rhodes rightly asserts, produced no applicable results.  To domesticate one zombie requires 15 hours of surgery, with domestication being practically useless.  With 95% of humanity turned, do the math.  But the scientists insist on continuing their research, at a cost of supplies and security.  By the time the film gets rolling, the scientists have already gotten soldiers needlessly killed, by the time it’s over, not only are all of the soldiers dead because of them, the scientists are even fleeing like cowards.

And speaking of fleeing, the  complex also has two exits.  A service elevator and a mineshaft.  The scientists have actually compromised the entire complex by filling the mineshaft full of zombies, as well as having drawn them to the surface (to experiment on them) and filled out facility rooms with live subjects.  In fact, by the end of the movie the head scientist has actually trained a zombie to fire a weapon, something that ultimately gets Rhodes killed.

Despite having offered no results and having gotten Rhodes’ men killed, then, they also disobey Rhodes’ orders.  They are even armed with automatic weapons and directly threaten Rhodes and his men.  Under the circumstances, such behaviour is completely unacceptable.  Rhodes would’ve been within remit to court martial (read: put a bullet in the base of their skulls)  the ‘highfalutin’ scientists for dissent.  Washington is assumed to have fallen in the movie and Rhodes is running the show.  Under what is likely martial law, Rhodes is the leader.

Rhodes’ plan is to abandon the complex, which is riddled with security threats, has lost radio contact and is running on diminishing supplies.  He is confronted with armed and underhand dissent.  So really, the bad guys here are the scientists.  They undercut Captain Rhodes, scheme behind his back, get his entire unit killed, drug his men without his permission and, worst of all, abandon Rhodes as the complex is overran – as a result of their actions.

A less patient officer than Rhodes would’ve put an end to this nonsense at the outset, when the Major bought the farm.  Another officer would’ve ordered the scientists to cease R&D and hand over their weapons, and place under arrest and court martial anyone refusing.  The complex would’ve been abandoned and, if they were lucky, the soldiers would’ve taken the civilians with them.  Rhodes not only gives them further time to experiment but was evidently planning on keeping them with him as he hit the road.  A good guy in other words.  Maybe a little bit in over his head, but a good guy either way.

So next time you watch this movie, and it really is an underrated one, spare a thought for Captain Rhodes,  Manly Man and Protagonist.