If you’re unhappy with the direction of franchises like The Walking Dead, you could do worse than Train to Busan, a zombie movie that gets back to (creative) basics.  Now with the popularity of that movie, an animated prequel is around the corner.  Next week in fact, Seoul Station is on Digital Download and DVD / Blu-ray from Monday 3rd April.

And we’re happy to present an exclusive clip presented to us via StudioCanal and uploaded to our Official YouTube Channel.

Synopsis: As the sun sets around Seoul Station, an old man thought to have died sinks his teeth into the warm flesh of a homeless person. Soon, the streets are filled with vicious zombies desperate to feed.

Hae-sun, a runaway, witnesses the frightening sight while her father Suk-gyu and boyfriend desperately search for her. As the attacked become the attackers, the government declares a lock out of the station, leaving the uninfected to struggle desperately against the dangerous undead.

With zombie numbers exploding, people without a home to return to, now have to flee without a place to run to, in order to survive.

In the animated prequel to the global breakout hit Train to Busan, see where the horror started…

Check out the official poster; 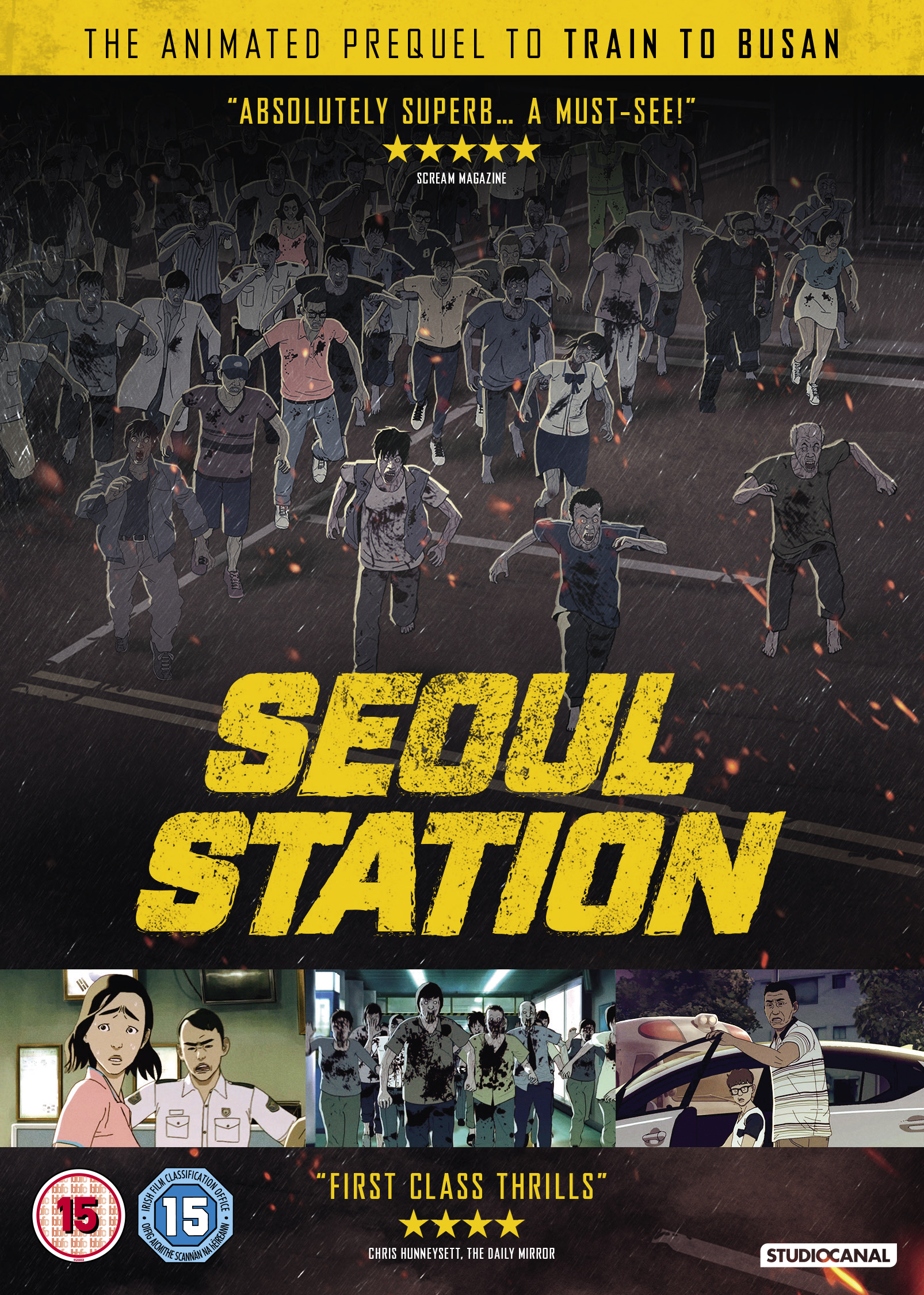