It looks like Wesley Snipes is still doing the action thing, above is the trailer to Armed Response.  This one apparently has somewhat of a horror bent to it.

Synopsis: A team of trained operatives find themselves trapped inside an isolated military compound after its artificial intelligence is suddenly shut down. There, they begin to experience strange and horrific phenomena.

The film will also star Anne Heche, Dave Annable and Seth Rollins, which shouldn’t be surprising because it’s a WWE Studios venture (along with Voltage Pictures).

But don’t abandon hope just yet because of those producing elements, the movie is directed by John Stockwell, who did a great job directing the recent Kickboxer reboot.

Check out the poster below; 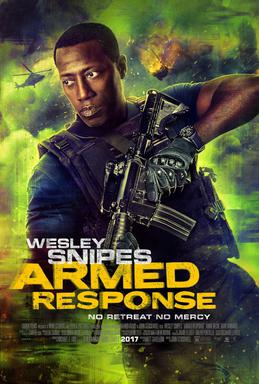