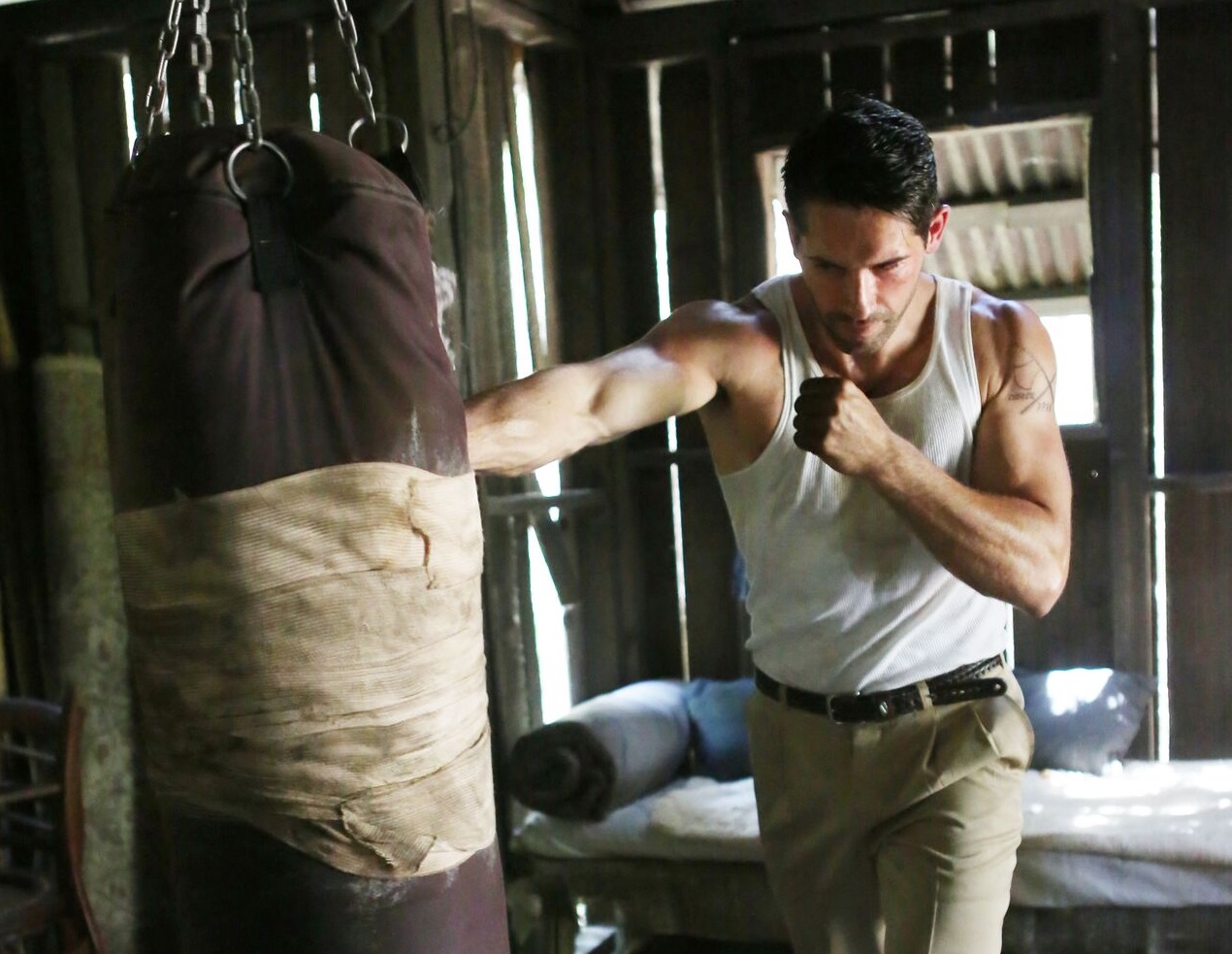 It’s sad to see this movie sitting at a 4.8 on the IMDb, with over 700 votes, even though it hasn’t been released yet.  I’m pretty sure those people weren’t shown the movie, but what I would guess is that, however they watched it, they abandoned it before the halfway mark then decided to bury the movie online.  That’s because the movie starts slow, but thoroughly enters Commando/John Wick (B-movie style) territory by the end.  I was surprised by this movie, you will be too.

Set in Indochina in 1959, the area is in statehood limbo and draws in gangsters, miscreants and fugitives from abroad seeking refuge.  One is Martin Tillman (Adkins), an IRA fugitive disillusioned with events at home (and fleeing a death sentence in Britain), he served with the Foreign Legion only to be expelled and jailed for fighting a superior officer.  But local corrupt people notice and like his fighting capability, and put him to work so that they can gamble on him.

Colonel Steiner (Vladimir Kulich), another European fugitive formerly of the SS, organizes Tillman’s fights.  Both earn good money together until Steiner’s henchmen (Cung Le and Marko Zaror) kill Tillman’s sole friends (Keith David and Juju Chan).  This of course makes Tillman snap, and a one man rampage follows with a body count probably worse than the war that follows there.

I expected the worst from this movie, especially with its slow and formulaic start.  The story is as you’d probably expect, bordering on atrocious and only existing to stitch together fighting and shoot outs. Since this is also a DTV/VOD movie it can be quite cheap looking, with CGI muzzle flashes and blood. But there is good news, because this movie knows its strengths and spends the majority of it playing to them and appeasing its audience.  All involved here know how to make a good action scene and they’re aware you can do that on a minimal budget, as long as you have passion and skill. 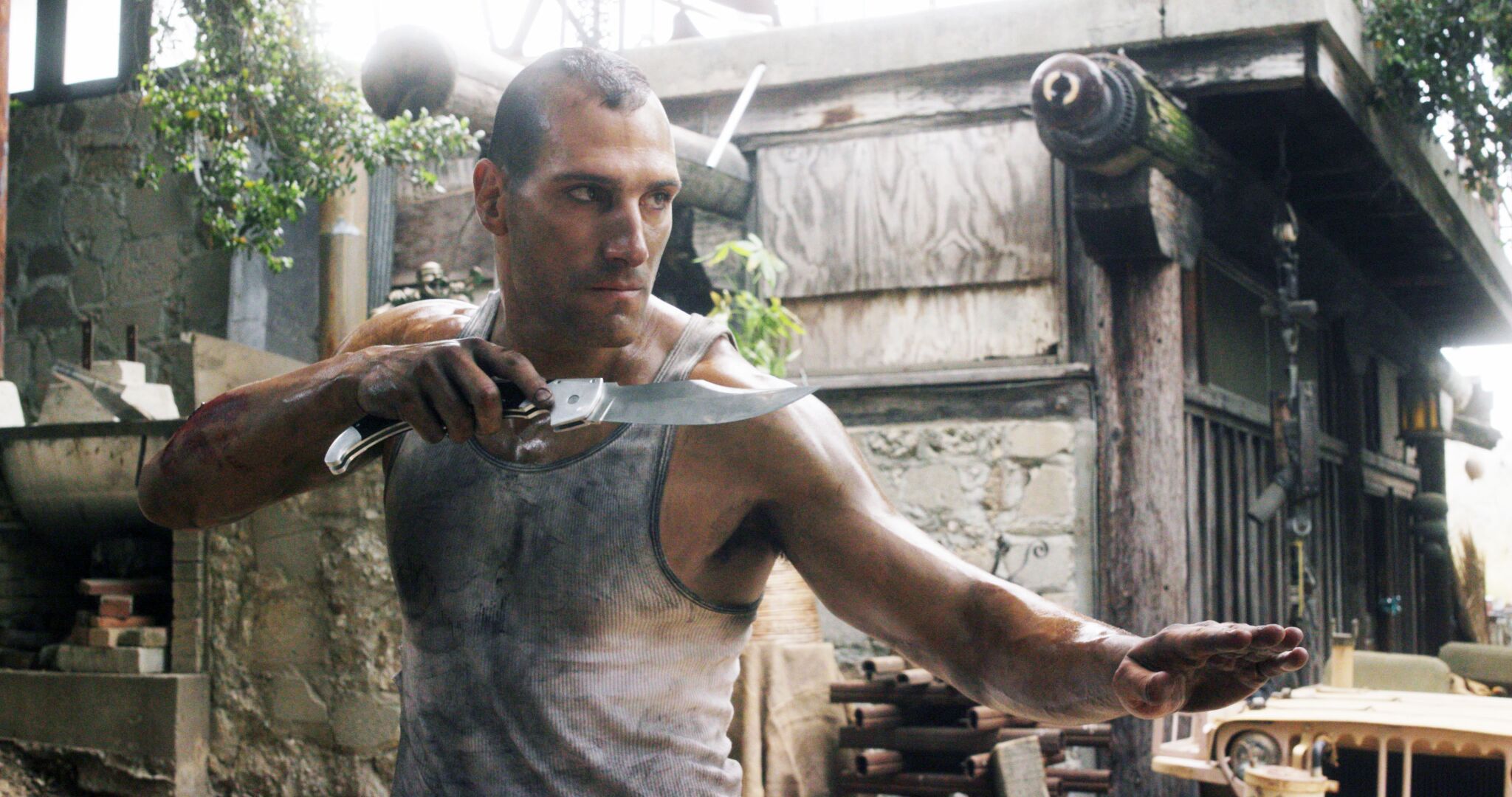 Like the good old days, it heads to a final boss battle, with Zaror

About halfway in, the film turns into a shockingly violent revenge yarn.  Keith David, who narrates the movie (he’s really good at that) informs the viewer that ‘revenge is pure, simple’ as Adkins’ rampage begins in earnest.  To set the altered tone, Adkins approaches a bar and hacks one of the two doormen to death with a machete.  The second doorman is beheaded, the head then carried inside and placed atop the bar, where the nut announces his intention to commit mass murder. It’s like something from Liveleak.

While there is hoaky CGI here and there, there seems to be more practical effects than not.  Geysers of real blood shoot towards ceilings, prosthetic heads get blown off with hand grenades, prosthetic hands get blown off with shotguns.  Squibs explode out of flying bodies.  All of this happens with a steady camera and considerate editing, like an old 1980’s action movie.  It’s also topped off with a great fight scene with henchman Cung Le, then the final battle with Marko Zaror.  Very good fight scenes and some nice rare weaponry (I don’t think you’ll ever see an MP44 outside a non-WW2 movie).

Hell I’m going to give this an 8/10, it’s one of Adkins’ best movies and the last half hour is fucking well crafted blast aimed directly at people like us.  Be sure to check it out this Friday.