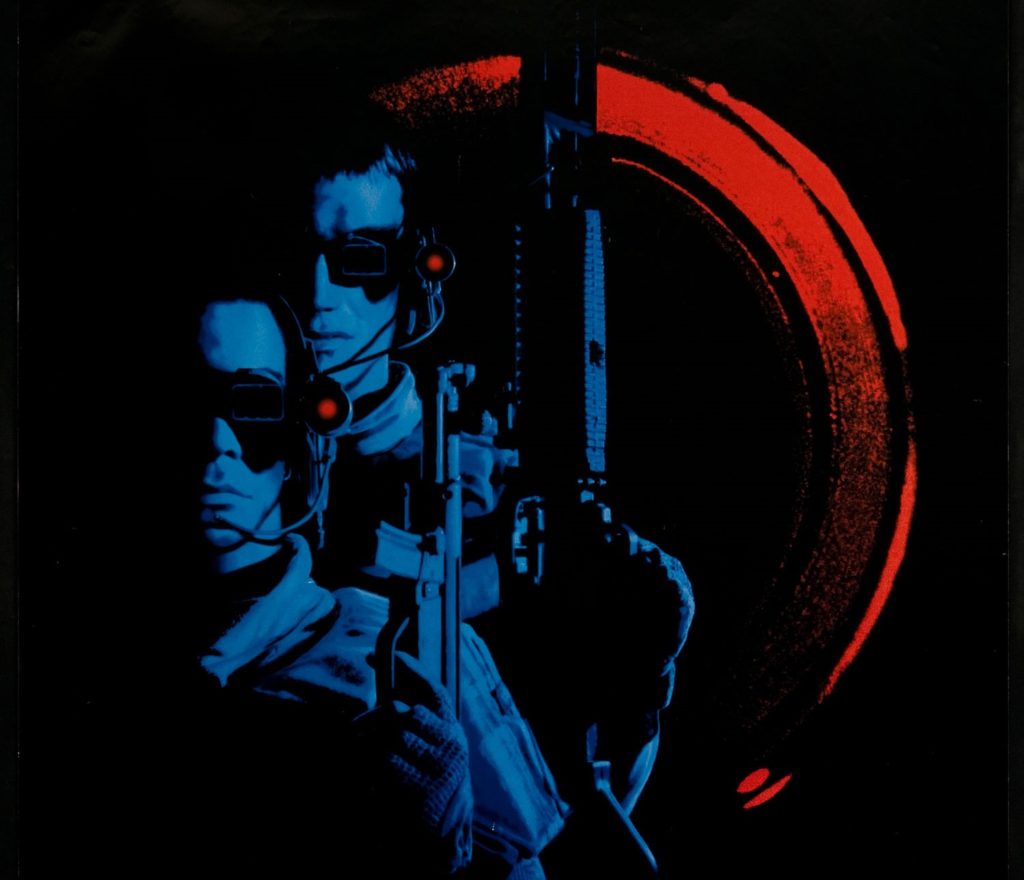 In 1969 in Vietnam, a U.S. Army Special Forces team is tasked to hold the fort from the invading Charlies. Private Luc Deveraux (Jean-Claude Van Damme) notices that his Sergeant Andrew Scott (Dolph Lundgren) has gone completely mental, with him making necklaces out of his victims’ ears. What should’ve been a verbal confrontation end up with both men shooting each other dead. Their corpses are recovered, sealed up by a shady military squad, and tagged MIA.

Fast forward 23 years later, in present-day U.S.A. in 1992. The Army has unveiled the Universal Soldier – or “UniSol” for short – counter-terrorist programme, where they use deceased and presumed missing military personnel with their memories wiped clean as highly-efficient killing machines. However, Deveraux’s memories come rushing back when he faces a comparable situation that led to his death, leading him to defy orders and go on the run along with an intrepid reporter (Ally Walker). While the UniSol Commander (Ed O’Ross) and a technician (Leon Rippy) discuss potential outcomes, Scott’s psychotic memories come fading back too, leading to a pathway of destruction and chaos that culminates in a mano-e-mano showdown between Deveraux and Scott.

This was one of those “dueling stars” movies where leading stars from certain genres are pitted against each other to see who is the better man, (Sly vs Snipes in Demolition Man, Travolta vs Cage in Face/Off, Captain America vs Iron Man in Civil War (I jest). The hype was fairly big back in the day; production company Carolco, responsible for the first three Rambo films and coming off hot off Terminator 2, was shaping this up to be another hit. They even had a promotional stint at the Cannes Film Festival of that year where both Van Damme and Lundgren had a minor spat that nearly led out to an all-out brawl in reality. Lundgren claims that it was merely for the movie’s publicity, so it goes.

Universal Soldier aims no more to be a slab of red-meat action, and to that end it succeeds brilliantly. Following the footsteps of T2, UniSol 1 featured favoured a high-tech, industrial feel towards its approach, and it is all for the better. Resembling a hybrid of 1960s B-sci-fi movie and an A-grade 80s action movie, the film works because of its larger-than-life approach to its action sequences and black humor, the latter of which delivered in spades by Lundgren, who is having a total blast as the mentally insane Scott, never afraid of going over-the-top when it needs be. It makes for a brutally effective (and hilarious) villain. By comparison, Van Damme plays the usual straight-man hero well, but he is subdued by both Lundgren’s charismatic villain and the large-scale action. He would perform this character much better in the brilliant 2009 reboot Universal Soldier: Regeneration.

While Van Damme continued to prosper until the late 90s and Lundgren’s career never really took off after this one, the film was the start for bigger (and not necessarily better) things to come for director Roland Emmerich. He would later go on to direct mega-budget hits (usually in the disaster genre) such as Stargate, Independence Day (and its terrible sequel Independence Day: Resurgence), Godzilla (1998), The Patriot starring Mel Gibson, The Day After Tomorrow, 2012, and White House Down. As Universal Soldier proved, he was more than a capable action director who knew how to shoot and cut juicy action sequences for entertainment’s sake – the intense desert chase that culminates in a gigantic military truck going over a cliff is proof positive. It’s a pity he didn’t really continue down the R-rated action path (The Patriot notwithstanding).

Universal Soldier turned 25 yesterday, spawning in its wake a cult franchise comprising of two TV-movie sequels (starring Burt Reynolds?!!), the retconned cheese-fest Universal Soldier: The Return (which effectively killed off Van Damme’s theatrical career), and the rebooted entries Regeneration and the whacked-out Day of Reckoning. While it may not end up as THE top-tier action film of the 90s (T2 and Speed still hold that crown in my opinion), it makes for an ultra-satisfying watch to this day. A great beer-and-steak movie, here’s to turning 25.