Why The Avengers Is As Bad As 'Guardians' | ManlyMovie

Home / Action / Why The Avengers Is As Bad As ‘Guardians’

Why The Avengers Is As Bad As ‘Guardians’

The Russians took a shot at their own giant, bloated superhero movie recently.  For a multitude of reasons, Guardians was pretty shitty cinema.  The film was deservedly a box office bomb in Russia, when Russian critics tore it up and the Russian public laughed at it, the film went under quickly.

But no-one laughed harder at this movie than western superhero movie connoisseurs.  And this was something I found funny in itself, because they were oblivious to how similar their own movies are and how shitty they have gotten.

And watching Guardians I thought man, this turd reminds me on The Avengers series.  Here are a few reasons why. 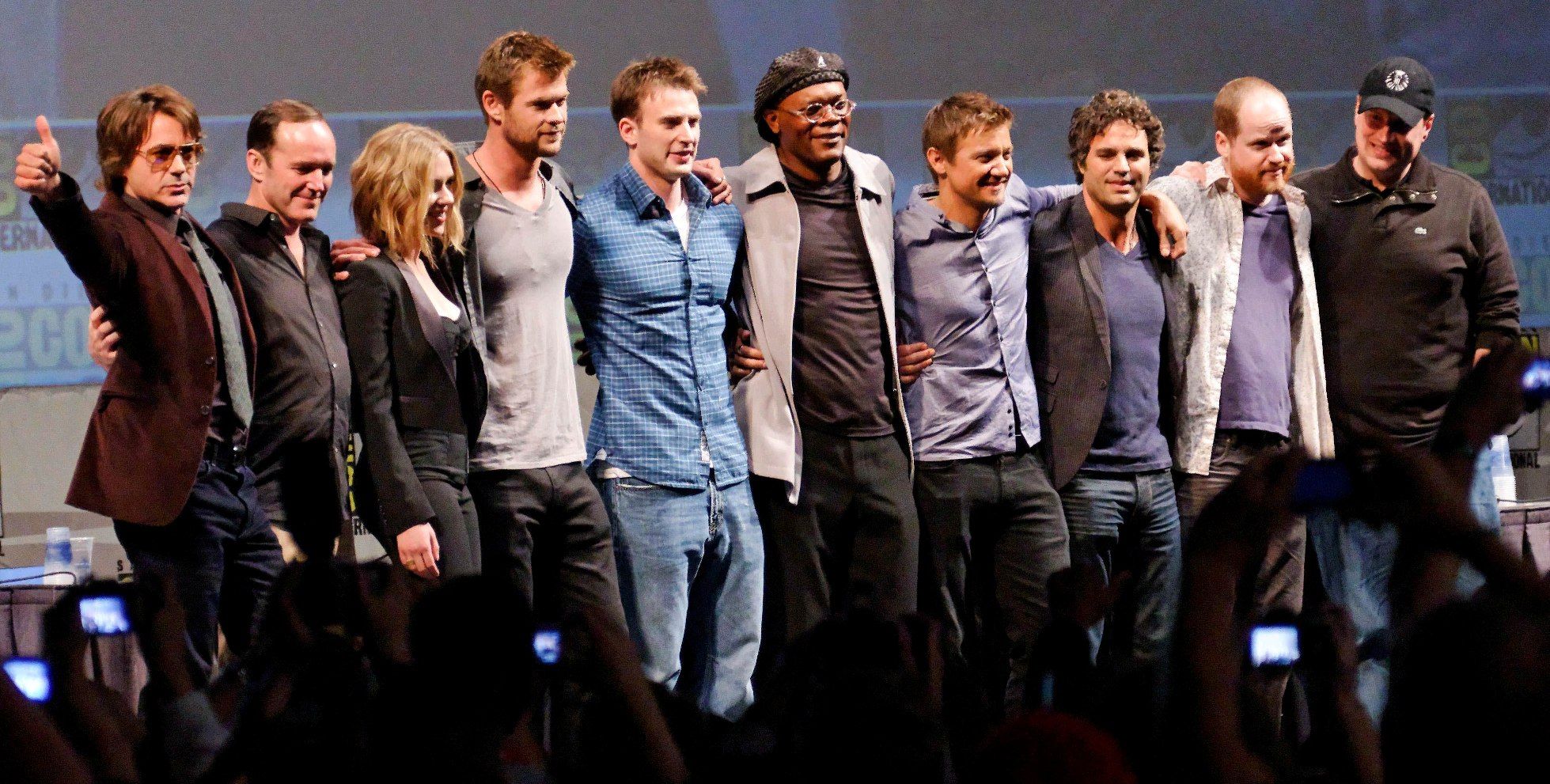 This Guardians movie tries to hit the ground running with a bunch of colorful characters.  Too many colorful characters in fact.  Often, there is too much going on, too many protagonists (before we even find room for the antagonist/s).  So in a 90 minute movie this is not a good thing; you have threadbare characters whom no-one will give a fuck about.

In The Avengers, there are also too many characters.  So many, that each is left with only enough screen time to bounce a few one-liners off the other.  In the first movie, the primary antagonist barely shows up, since they are too busy with the others — big narrative problem, but no-one called the movie out on it.  And like Guardians, the characters are wafer thin.  The Avengers ‘assembled’ through a series of spin off movies, but what if I had not seen these spin off movies?  Or what if I’m a grown man who does not ‘read’ cartoon printed backstories?

That means I’m up shit creek.  Indeed, when Jeremy Renner’s character… let me Google it… Hawkeye, showed up, I said, who the fuck is this chump? The same with Scarlett Johansson’s character.  And indeed the villain. Whereas the separate movies were ruined because they merely served as ‘setup’  vehicles for something else, The Avengers itself is partly ruined because it serves as a giant commercialism vehicle for more spin offs, more merch and more sequels.

Or, to put it another way, like food passing through the multiple stomachs of a cow.

EVERYTHING LOOKS FAKE AS FUCK

I can just picture board room meeting in Moscow.  We’re going to make a superhero movie and we’re going to pulverize the shit out of the city.  Someone surely protested; this would cost too much money.  And in return, someone would surely have retorted, in that same board room, that there was no need to worry because they’d just render half the fucking movie on a computer.

Same problem with The Avengers.  Same problem with many big soft action movies these days in fact.  In the old days, CGI was used to plug awkward holes that would otherwise be too expensive or dangerous to film.  They were in the script, but the writer probably didn’t really consider the problems that would arise.  Back in the day it used to be kind of ad-hoc.

Now, these days we get fake skies.  Fake oceans.  Fake Hulks.  Fake arrows.  Fake collapsing walls. In a lot of ways the production is faultless, but that doesn’t mean it can’t be discerned in other ways, such as common sense.

Guardians, like The Avengers, is a massive exercise in post-production more than it is an actual movie.

BOTH HAVE SHITTY STORIES

Is this (Avengers ancillary) something out of a bad 70’s B-Movie?

Guardians has a pretty crappy story.  You could probably even call it propaganda;

During the Cold War, a secret organization “Patriot” gathered a team of Soviet superheroes, altering and augmenting the DNA of many selected individuals throughout the former state’s territory, in order to defend the homeland from supernatural threats. The team includes representatives of the different nationalities of the Soviet Union, while each one of them have long been hiding their true identity.

The movie then goes on to have some dude control walking robots that go around fucking shit up, which will be stopped by awful heroes.

But what about the story in The Avengers?  What is it about?  Why, it’s about a threat to Earth in the form of a horned alien coming in through a hole in the sky.  This threat will be dealt with by a top-secret group:  The Avengers.  The group is kept secret, of course, by hiring discontented yet nonetheless internationally recognizable characters, who make the FBI most wanted list look anonymous.

The story is actually non-existent.  Even less so if you haven’t seen Thor or Captain America.  It’s comprised of three acts: A 10 minute first act, where the enemy appears, a 15 minute third act where he is disposed of and 120 minutes of lamentable, throbbing product placement, serving as a second act, where the enemy is curiously absent.

It’s funny how grown men can sit in awe when a fictional, ill-tempered green beast is brought to life after a man suffers radiation poisoning, but at the same time point and laugh at a man with a bear’s head and shoulders.

Bonus:  Googling ‘Avengers Assemble Action’ in Google images brings up a bunch of toy figurines.  So that’s what I’ll use for the image for this point. Even the Russians lamented the action sequences in Guardians.  Most of the action just drags, and looks fake per the previous point.  It soon becomes a chore and you want it to end or at least tone things down.  But really, this is the same type of problem that appears in The Avengers.

When an action sequence in The Avengers starts, I draw a long, deep breath and exhale in preparation for the overcooked shark-jumping tedium coming my way.  There’s such a thing as overdoing it.  I mean, Walter Hill said it best when he was promoting the excellent Bullet to the Head; that if action goes too over the top, viewers cannot relate.  And if they cannot relate, they cannot enjoy.  Unless you’re a child, where it’s probably amazeballs.

In fact, there is only so much CGI pulverized concrete city rubble I can take.  And it’s not much.  And both of these movies have much.  I just do not enjoy myself because it all looks so fake, stupid and labored.  With actors clearly not even on location, or, hell, even cameras on location.

The action sequences in The Avengers are like a chewed up ball of Skittles, spat back out

It reminds me on when I once argued with Furious Fanboys over The Expendables 2 vs. Furious 6.  They laughed at the former, at its cheesy humor, alleged suspect action sequences and Sylvester Stallone having too much screen time.  But, I asked them, what exactly is it you thought you were watching in Furious 6?  The Vin Diesel show, where all characters take a backseat to him, the CGI shark jumping action is ineffective and the ‘humor’ is provided by Tyrese Gibson.

It’s funny how some enjoy a turd buffed up with promotional money and hype, then laugh at the identical, dried out turd sitting next to it.  This also applies to DC vs. Marvel.  I always find it funny that Marvel fanboys can lament the lazy, sucky fakery in Justice League, but simply cannot see what’s happening in their own glass greenhouse.