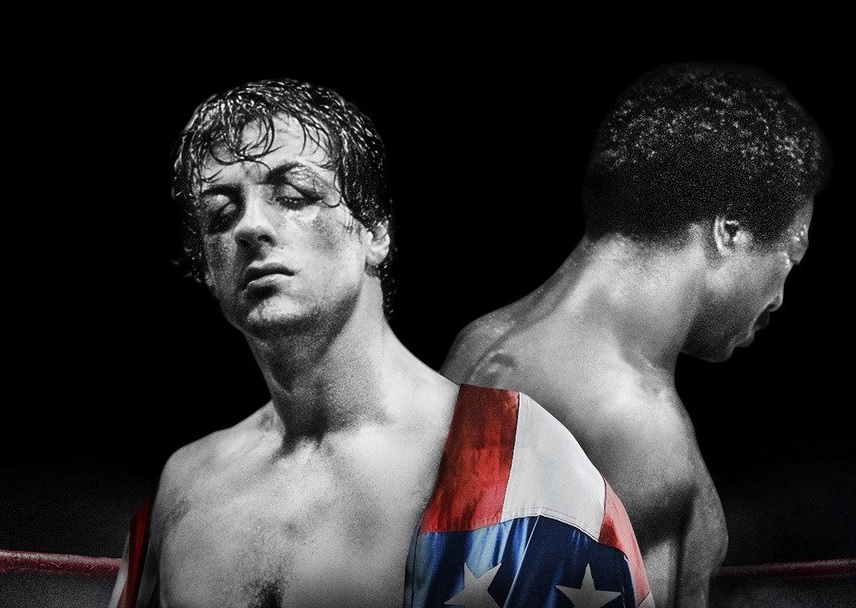 Run Time: 120 Mins
Rated: PG
What To Expect:  A movie worth revisiting, copious use of the insult ‘bum’

Starting this month we’re going to review all of the entries in the Rocky franchise.  It’s kind of a miss not to have reviews for them with a website with this theme.  Of course, the first is the 1976 original and a movie I have not watched for a very long time.  I always knew it was good but had forgotten or not realized just how good.  I’m starting to wonder again if Rocky III or IV are still the ‘best’ in the franchise, even from a fun point of view.

Looking back they were going to cast someone else in the role, offering Sylvester Stallone $250,000 for the script.  Stallone turned this down and insisted he play the title character.  What a decision, not just for Stallone, but for the movie.  In too many ways ‘Rocky’ is just the embodiment of Stallone himself, from where he was in his career down to the droop affable nature of his character.  Y’see, Stallone is such a likeable person that no-one else would have worked.  Can you imagine Burt Reynolds or, worse, Robert Redford in the role?

They really wanted Redford.  Had they gotten their way, they movie probably would’ve suffered and assuredly not had any sequels. Redford, while a tremendous actor, simply could not have conveyed the affable everyman character that Stallone does even while in his sleep.  Likewise, Carl Weathers’ energy would not have gelled with Redford like it did Stallone.  ‘We fill gaps’, says Rocky speaking of his girlfriend — same with his opponent.  No-one but Stallone could’ve held this synergy with Weathers and vice versa.

But John Avildsen should also not be forgotten.  While Stallone is the engine room of the movie, Avildsen is the director who is was no stranger to giving lamentable screen underdogs a push (see: Save The Tiger, or Ralph Macchio’s 100lb outcast in The Karate Kid), the man played no small part for sure.  Although I said the movie ages well, I meant everything but the boxing.  In this day and age it’s pretty rough, even with stable camerawork and such, but the fact that it comprises less than 15 minutes of the movie reminds us that Rocky is barely a boxing movie at all.