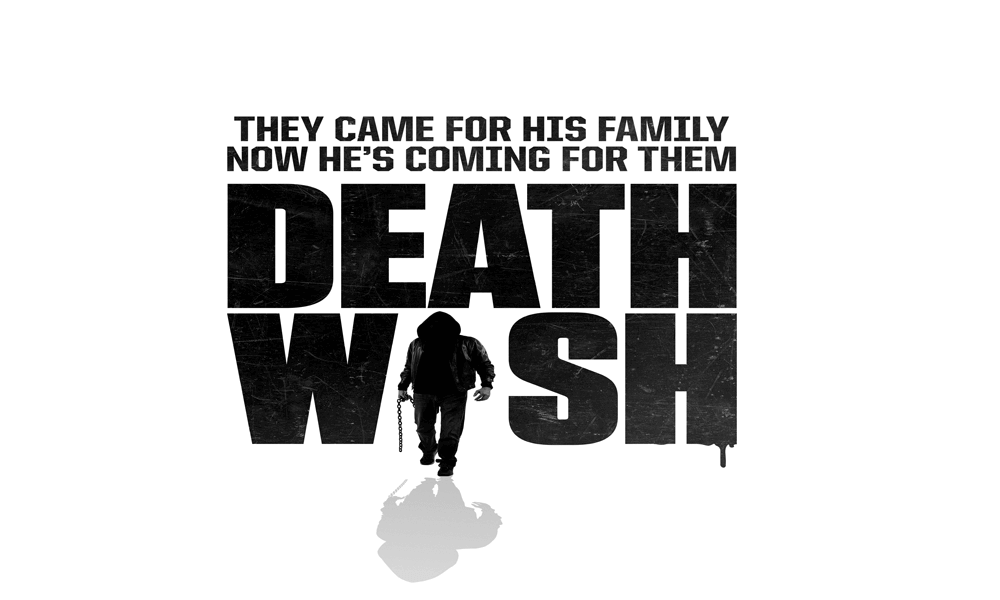 Couple of hours ago I attended a late night screening of Eli Roth’s “Death Wish” & when I got home I decided to check out the reviews that were up online for the movie. And it wasn’t much of a surprise to find that most critics are shitting on the movie.

The movie is about a middle/upper class white guy shooting a bunch of thugs from various ethnic backgrounds after his wife gets murdered & his daughter seriously injured in a home invasion gone wrong. And that is all it takes to give some people an epileptic seizure.

Some are actually calling for the movie to be plugged from theaters or questioning the decision of the studio to make the film at all ( just by the critic’s interpretations of the film’s politics) and that’s why I say that a lot of these guys are definitely no different nor any better than those “1950s book-burners right-wing assholes” they claim to hate so much.

But thank God we still got some freedoms left and the movie was released and viewed by yours truly. I love Charles Bronson and I love all 5 movies of the “Death Wish” franchise. Sure some are better than others but I have grown fond of all of them. Here’s a trip down memory lane.

1985 produced a lot of great all-time manly classics. So what happens when you mix the 80s, Cannon Pictures and Charles Bronson in a “Death Wish” movie?

A high testosterone manly classic…That’s what

Bronson laying the Crackdown on them Candy Asses…

The fashion world is filled with gays and effeminate “men”…

That is until Charles Bronson shows up

So when a remake was announced like many Bronsonites, I was skeptical. Many directors and actors were attached to the project over the years, finally Eli Roth was attached to direct the movie and he selected Bruce Willis as the new Paul Kersey.

I have made my feelings known about Bruce Willis here. I stated many times that I was a huge fan of the guy growing up and I still think he’s capable of doing good work when he wants to, however his decision to show up in mostly lower-quality DTV movies while looking bored as hell I think has turned a lot of his fans off including yours truly.  If he did not have an option at least that will make more sense but the fact that he’s still considered by many around the world an on-demand actor and movie star makes his decision to mostly show up in extended cameos in low-quality DTV movies not only sad but bizarre.

I understand having an easy life of showing up for a few days of work sporadically for a few million dollars. If I had that chance I sure as shit will take it but if I was already an older multi-gazillionare movie star I will just do maybe one good fucking movie a year for good money and the rest of the time chill and not shit on my legacy that much.

So I was worried that Willis was going to play Paul Kersey as the most bored looking vigilante on God’s Green Earth. But upon watching the movie I can honestly say that not only did I like the movie, I was happy to see Willis somewhat give a shit and be back in form. The screening that I attended was not completely sold out but still lots of people showed up (mostly I will say over the age of 30) and it was nice to see Bruce Willis have command of the big screen again and have people in the cinema cheer for him like in the good old days.

The film takes place in Chicago Illinois and for those of you who may not be aware the film depicts the current situation in inner-city Chicago.  Long story short..gangbanging, drug-dealing, good for nothing , piece of shit, motherfucking hoodlums are getting shot left and right. Crime is rampant and has become not only a local concern but a national concern as well.

In this version Paul Kersey played by Willis is a surgeon at Chicago hospital. He has a very good life, he’s married to the still hot-as-fuck, Cobra Kai’s main babe Elisabeth Shue. He has a beautiful teenage daughter who is college bound, his brother (played by Vincent D’Onofrio) may not have all his shit together and is kinda broke but he has a good relationship with him and he’s a great uncle to his daughter and he has a nice house in a nice neighborhood. Things are going well for Mr Kersey until one day tragedy strikes and his family is assaulted in a home invasion.

Willis actually manages to portray convincingly how a man goes from mild-mannered surgeon to pissed-off vigilante. There are a couple of references to his younger days, when it relates to his father and maybe a darker past but the film doesn’t dwell too much on that. Just kind of plants the seed that years prior he wasn’t that mild-mannered because of a troubled relationship with his father.

The story is straightforward and simple. At first he unleashes his anger on thugs he encounters then on those he seeks. The supporting cast is solid and Eli Roth managed to make a very entertaining movie worthy of the “Death Wish” saga in my opinion. No shaky-cam to give the audience visual diarrhea & in my opinion the movie was never boring. It was nice to see an old school movie , rated R with old-school violence and the protagonist not wearing a fucking cape &  Bruce Willis not acting like he was counting the minutes till he could get the fuck off the set. It was nice to get a little bit of the old Bruce back at least for one movie. Plus it was nice to see Elisabeth Shue and the original Thor Vincent D’Onofrio reunite again after their collaboration on the 80s classic “Adventures in Babysitting”

I love vigilante movies, there’s something awesome about a guy stepping out of his element and seeking vengeance on those that wronged him. And of course the “Death Wish” movies are considered to be the best vigilante movies by many. This movie is not better than the original but it doesn’t shit on the “Death Wish” legacy. It was an entertaining watch…& yes, some characters make valid points about owning a gun. Cue the haters