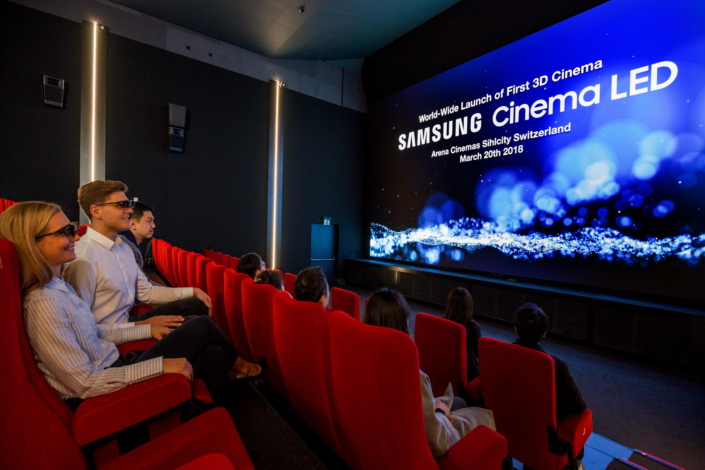 The latest generation of 3D is on the ropes.  Part of the reason a lack of brightness — how many cinemas lay two reels over one bulb for 3D?  Well Samsung has created a 3D LED cinema.

“Samsung is thrilled to be able to debut the world’s first 3D Cinema LED screen in Switzerland,” said Seog-gi Kim, Executive Vice President of Visual Display Business at Samsung Electronics. “We hope that more movie-goers can experience the Cinema LED screen firsthand as we look to partner with more theaters around the world.”

While 3D may be suffering currently, I think sooner or later it’ll be the new standard.  Watching the correct film in Active 3D (that is with powered glasses that enable 1080p) will leave you in no doubt of that.

What is the future?  Glasses-free 8K 3D.  It’s just that we’re a long way off yet.  We’re not even at functioning glasses-free 720p.