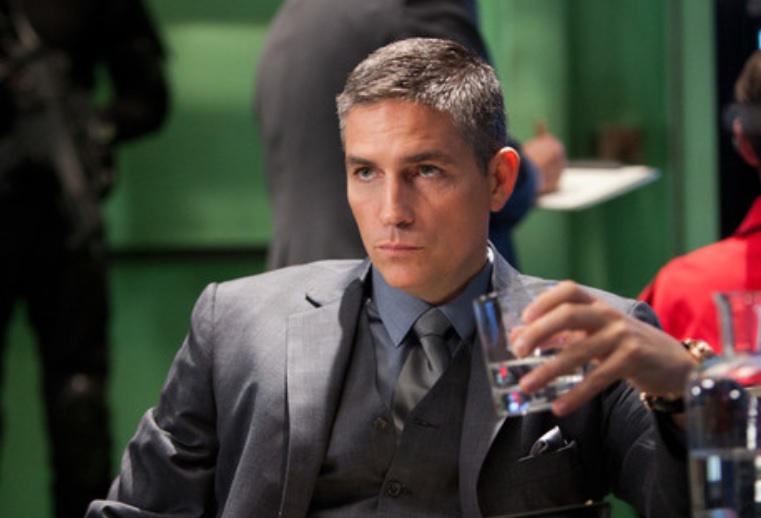 We declared Escape Plan to be the Manliest Movie of 2013. None of this ‘it should’ve came 20 years ago’ bullshit. It came at a time when we needed it most. In the midst of a girlie-man takeover of movies, where everything up there on the screen looks like the celluloid equivalent of a bag of Skittles, comes some respite. The big guns have been brought up, this is a beer and steak movie. A genre favorite – the prison break out movie (up there with the manhunt movie, these are obligatory Manly genres), combines forces with Stallone and Schwarzenegger. And not a moment too late. Just when I thought the game was up and there were too many vegetarian movies coming at us, my batteries get recharged and hope reignited. Hell, it even has some political intrigue!

Stallone (Ray Breslin) earns a living being dropped into prisons and testing their defense mettle by breaking out of them. Great concept – why hasn’t someone gone here before? Anyway, his biggest job ever, busting out of a high-tech maximum security prison (think the prison from ‘Face/Off’) has him double crossed and locked down for real. With another inmate (Schwarzenegger), the game is on to bust out. Another (mystery) character and subplot are included here, but in the end it’s really surplus to requirement. This isn’t a straight action movie and to be honest, I would’ve been disappointed if it was. It’s a thriller first, action movie second – as it should be. Although it doesn’t quite have the patience or guile of, say, Escape From Alcatraz (1979), it is refreshing to see Stallone/Breslin take on Warden Caviezel in a game of wits. Jim Caviezel, by the way, this guy is one cool fucking cat. His death scene, and how he plays it, borderline extraordinarily fucking manly.

The big selling point here is the team up of Schwarzenegger and Stallone. While Stallone is solid as ever, this is the first time in ten years (Terminator 3) that I felt like I was watching a real ‘Schwarzenegger’ movie on release week, and I really can’t remember how long since watching a good Arnie movie on release week. The Expendables movies were mere cameos. The Last Stand was sedate and a bit flat. But here, within minutes I felt something I haven’t felt in a long, long time – growing anticipation to see the Oak on screen. And the movie is clever enough to hold off introducing him straight away. When he does appear, and at last this isn’t one of those rip off two week extended cameos, he nails it and steals the show. Arnie is his old towering figure of monstrous charisma. Funny, huge screen presence, clearly enjoying himself and armed with hilarious put-downs and one liners.

There are imperfections though. The aforementioned mystery ‘subplot’ is half-baked and very predictable, I’m not sure how anyone won’t see it coming. The fight scenes are also weak, especially an encounter between Stallone and Vinnie Jones. The dreaded shaking-cam syndrome raises its ugly head with that fight, disappointing. That said, the finale/escape is very well played, like an extended version of Cage’s bust out from the Face/Off prison. One scene in particular sent shivers up my fucking spine. Schwarzenegger, y’see, holds off a wave of enemies (big body count) with a SAW LMG. The director slows proceedings down to let us relish this moment of exceptional Movie Mandom. During that short sequence, which I could almost say is worth the price of admittance for anyone born between 1970-90, my entire youth of VHS memories flashed through my brain. Bravo to this director, if you didn’t get anything else right, you had to nail this. And you did. The Last Stand tried it with the Maxim Gun and failed.

I was a bit skeptical heading into this, because we’re not actually looking at a native 4K master, rather an upscaled 2K digital intermediate.  Often this means you can get borderline or outright ripped off.  But honestly, the first impression and one that lasts until the film completes, is that you would be hard pressed to tell that it isn’t native 4K. 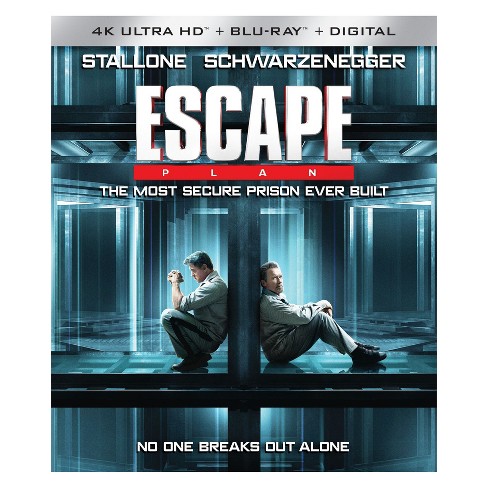 Looking at the film, the detail is so clear that I could pick out the pock marks on the cold steel doors that holds Stallone in his cell.  I also found myself looking at Jim Caviezel’s watch, you can easily tell the time, you can also tell what brand it is (it’s a nice watch, I didn’t notice on the 1080p release).  Also, the film is now five years old and I did sort of notice how much younger both Stallone and Arnold look in this movie… their true faces are definitely revealed.

Maybe on the downside though, the CGI (used sparingly in the movie) is exposed much more, the wide shots of the boat look suspect, but those aren’t used often.

Another positive for this release is the Dolby TrueHD 7.1 soundtrack.  This hits you instantly, right alongside the new image quality.  Because at the start, Ray Breslin must listen intently to the goings on outside his cell in order to break out of the first prison.  You are steeped in intricate audio atmosphere, it really helps.

Finally there are the extras.  All of these are on the second 1080p disc.

The commentary is standard fare with Håfström and writer Miles Chapman.  It’s probably the first time I’ve heard a commentary where both men weren’t even in the same city.  Expect the usual – a shitload of trivia but thankfully both seem into it and appreciative of the spectacle.  Finally for extras, a set of half hour behind the scenes documentaries with Sly, Arnold and Co. and ten minutes of deleted scenes.