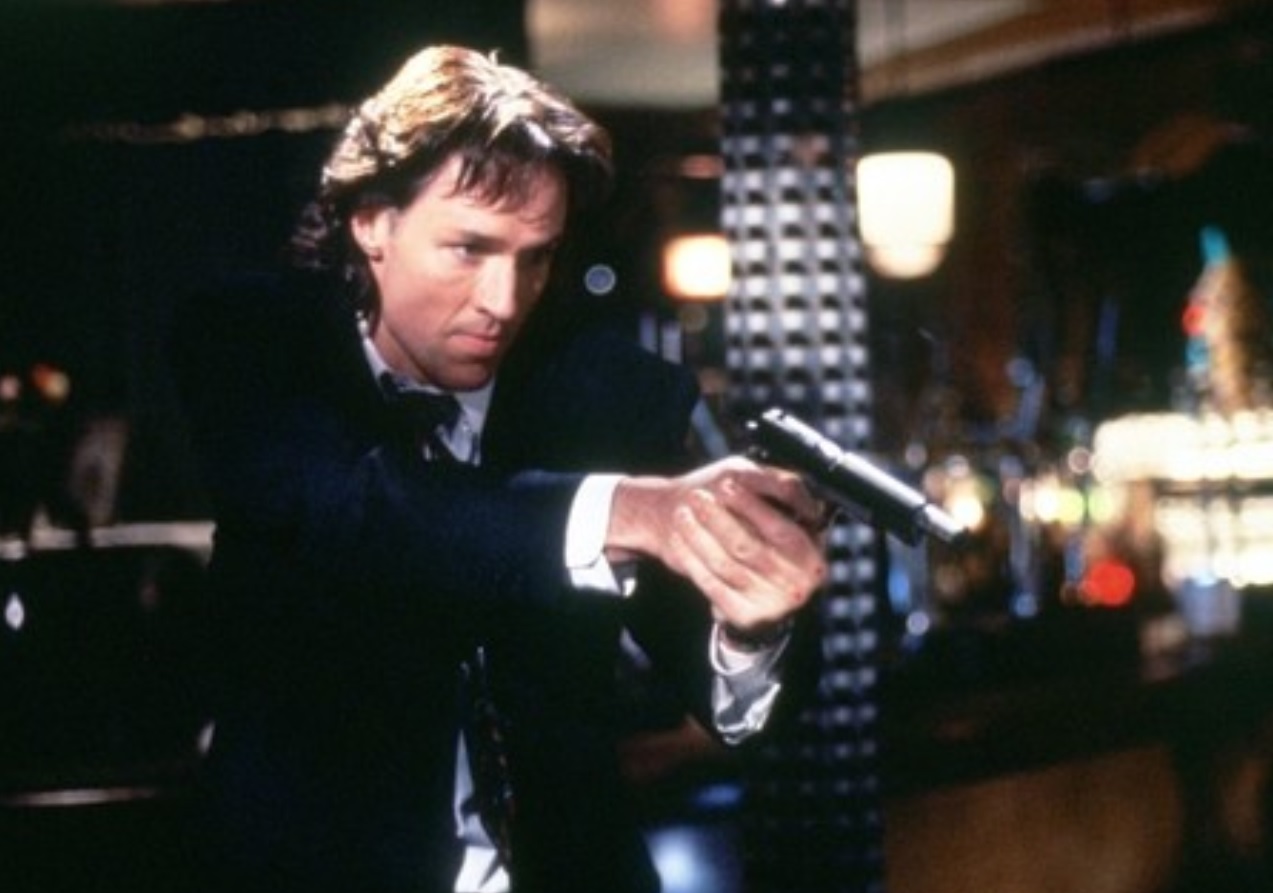 In the early 1990’s New Line saw dollar signs in Terry Silver (Thomas Ian Griffith), a handsome film star, martial artist and even accomplished Irish tap dancer.  They took the screenplay for Excessive Force, a violent actioner, turned it into a movie and hoped that it might be the beginnings of Griffith’s charge into the 1990’s as one of the new leading action men.  They also recruited Lance Henriksen, James Earl Jones and Tony Todd.  Great cast, but even though Excessive Force wasn’t a success, it’s a more than watchable film!

Now, this is our kind of film.  It features cop Terry McCain (Griffith, henceforth Sensei Silver) who uses suspect methods to extract information from perps in his war against the mob (led here by Burt Young).  These include karate kicking men through windows (including electronic guitar music to make even manlier), then following those men into hospital and beating the shit out of them some more.  However, this leads to a you’re off the force, McCain! moment from head cop Lance Henriksen.  And after Sensei Silver’s partner (Tony Todd) is killed, Silver must declare a vigilante war on the mob, whilst also clearing his name of murder.

I had a shit-eating grin on my face watching most of this movie.  The first thing I noticed was the amount of swearing; virtually every sentence uses the word fuck, fucker or fucking.  In at least one, Sensei Silver uses all three!  Then there’s Sensei Silver’s karate skills, which are fucking awesome — Silver can really pop a high kick, and we see it over and over in this movie, with no shaking cameras or bad editing.  Flying kicks too. This doesn’t mean the violent hero doesn’t like to riddle pissants with bullets too though, with nasty blood squibs showing us the results.  I mean, this movie is so dyed-in-the-wool ’80’s’, that it often comes across as something from the McBain universe from The Simpsons, or even the McGarnagle universe. 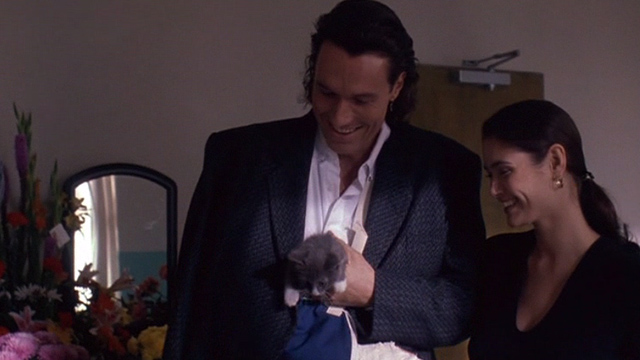 The film has a great cast too.  James Earl Jones plays the mature confidant, Tony Todd plays Sensei Silver’s best bud and partner and again, Henriksen plays a significant character.  You don’t need to be told that these actors never phone shit in, they’re not just good at what they do, they’re damn near enthralling.  This includes Burt Young.  Anyone ever see him play a mobster in The Sopranos?  I’m telling you, he’s better at that than playing ‘Paulie’.

This film only had a limited run, with a budget of three million.  So it wasn’t a success.  Pity.  And while it it does look somewhat ‘budgeted’ a lot of the time, it’s a lot of fun.  I’m going to give it an eight, simply because it gave no fucks and had no inhibitions.  It’s damn near Commando territory.