I’ve never been big on police detective shows, but I’ve always loved Columbo and I don’t know of anyone, old or young, who not only doesn’t know of Columbo but loves it too.  It’s been a while for the show to come around on Blu-Ray, certainly longer than it took for it to show up on DVD.  Twice as long in fact, after DVD became mainstream, Columbo took five years to appear.  Blu-Ray has practically come and gone and it has taken ten years, and even though we’re so far only getting the first season, it’s finally more than welcome.

Columbo is no ordinary television series.  Broadcast in 44 countries, even weekly on mainstream western television channels in high value time slots to this day, it has been listed on no less than five esteemed ‘all time greatest’ television breakdowns, from TV Guide to the Writers Guild of America. The show originally aired on NBC from 1971 to 1978 as one of the rotating programs of The NBC Mystery Movie, with two pilots coming before that. 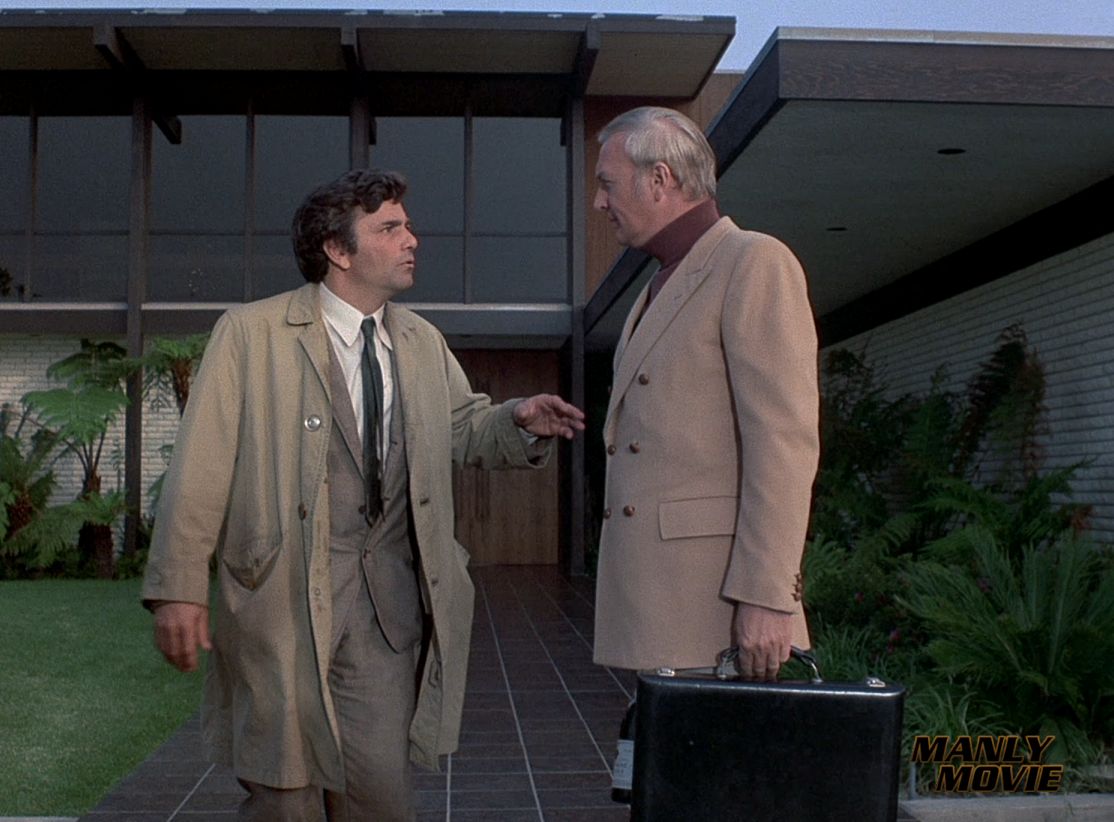 The first pilot, Prescription: Murder, is possibly the most interesting episode here along with the Steven Spielberg-directed Murder by the Book.  In Prescription, Peter Falk is still feeling the character out and is noticeably more confident, aggressive and well groomed.  And it’s interesting to see that this strips Columbo of his individuality a bit, there isn’t much to separate Falk’s portrayal from 20th century detectives in this episode.

The formula is bedded in quick though.   Classic Columbo has arrived by the second pilot, and one of the things that distinguishes this show is the murder taking place at the start, with a duel of wits between the Lieutenant and the villain throughout.  That never really gets old, and often the fun for the viewer is trying to ascertain exactly when Falk has pegged his man.  Among the better villains in this series are Patrick O’Neal and Robert Culp, the latter accurately and early sizing Columbo up as a formidable opponent in possibly the best entry of this series, Death Lends a Hand.

This is a great first series, whether or not it’s the best is as of now beyond memory, but I’m looking forward to finding out.  It also has some serious musical scoring, the murderer’s theme from Prescription: Murder is very catchy. 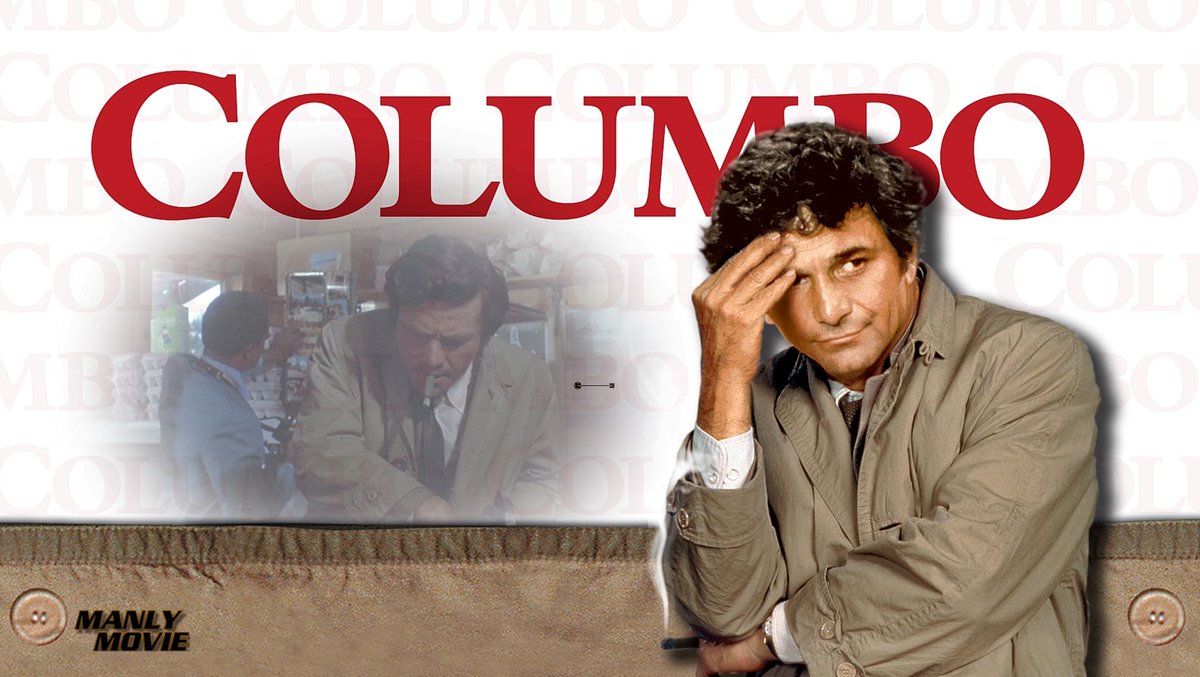 The first season comes courtesy of Fabulous Films, who have done a great job releasing 1970’s and 1980’s television classics on Blu-Ray.

Across three discs, there are nine episodes; the seven original episodes and the two precursor pilots.  Note, the pilots are found on the last disc as extras.  The show comes through an MPEG-4 AVC codec averaging around 23 MBPS, with English audio in LPCM 2.0 (48kHz, 16-bit) and Dolby Digital.  It is Region B. 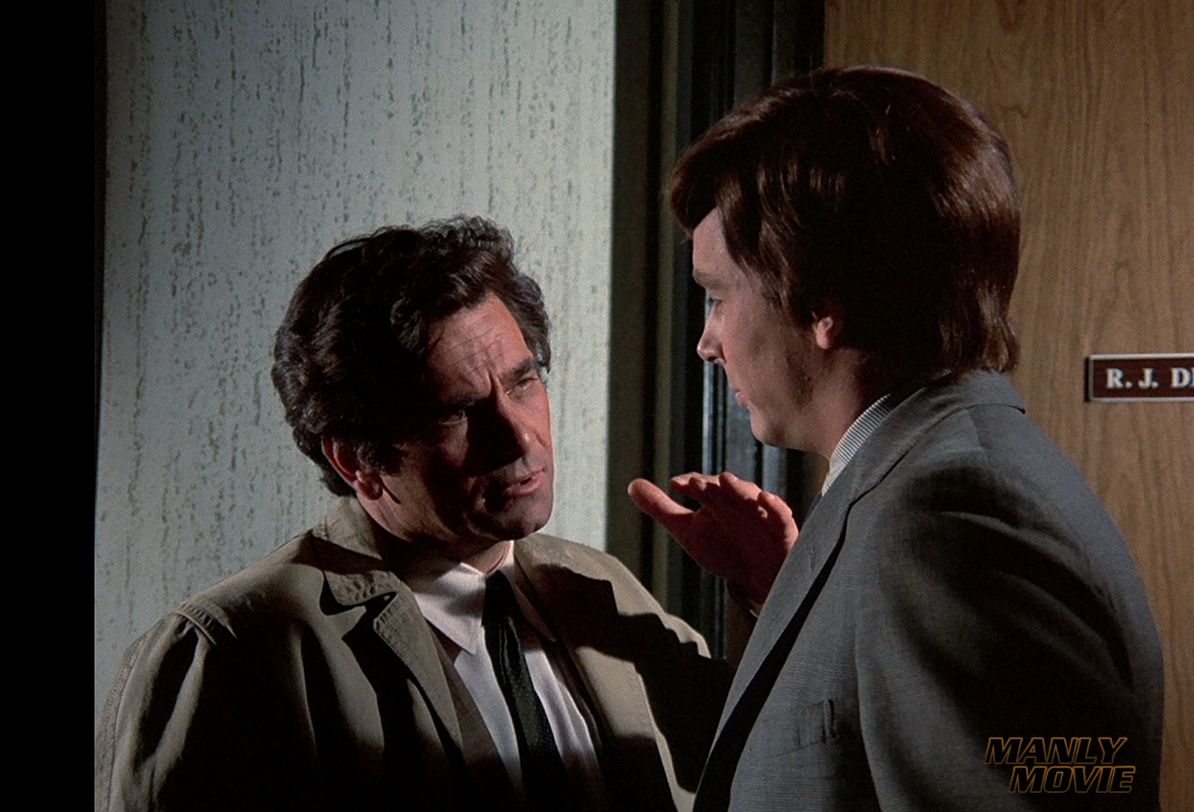 This is probably the oldest television series I’ve watched on Blu-Ray and it is impressive how well it has been reproduced here.  Restored from the original 35mm negatives, the contrast, clarity and fidelity of Columbo means business right out of the gate.  You can tell how much leather is worn and you can pick out details in (dark) shadows, even in the murkier scenes.  I can’t imagine that it can get much better than this, in terms of visuals.

Those looking for extras though will be disappointed, depending on how you interpret ‘extras’.  While there are no retrospectives or other goodies, or even subtitles, both pilots are restored and included.  So in some sense, an extra mile has been covered here.

Overall, it has been a long time coming, but the main thing is that it can now be sought in 1080p at an affordable price – it was previously available as a rarity in Japan, but at extortionate prices.