Ridley Scott’s phase of shitting the bed on Alien has come to an end.  Poor reviews and the fact that it was a bomb meant that Alien: Covenant put the brakes on.  Scott wanted to continue though, with a further movie called Alien: Awakening.  It was going to be even worse apparently, straying even further from the subject matter.

Empire Magazine (via HN Entertainment) has posted a report indicating that ‘Covenant’ scribe John Logan completed work on the script for a sequel which would have picked up exactly where ‘Covenant’ left off with Michael Fassbender’s controversial character David and the return of the Engineers with the survivors of that race coming after the genocidal android.

Hunt will write the screenplay and direct the remake which will aim for a late 2019 release.  More westerns is always a good thing.

Jack Reacher is headed to television.  But it may not be ‘TV pasture’ just yet.  Because Lee Child, who has penned the two dozen or so Reacher novels to date, is behind it.  He tells BBC Radio that he just signed a deal last week to make a Jack Reacher TV series for a streaming service. He then discusses one big change from the films, saying the title character of the series will be a much closer approximation of the book character who is very tall, blond and built like a tank:

“I really enjoyed working with [Tom] Cruise. He’s a really, really nice guy. We had a lot of fun. But ultimately the readers are right. The size of Reacher is really, really important and it’s a big component of who he is. The idea is that when Reacher walks into a room, you’re all a little nervous just for that first minute.

John McTiernan has briefly come out of the woodwork to talk to Vulture about Die Hard.  Of course, it’s McTiernan, so he doesn’t give shitty answers either.  Unfortunately it seems that with only one comment since the article was published last week, people seem less interested in McTiernan now than ever.

You can read the full thing here.

By the way, Larry Taylor has gifted me a review copy of his new autobiography for McT.  I’m reading it now and will have a review up soon.  So far, so good.  Well written and with new trivia that I did not know, it’s fun to read about Predator, always.

Below is a new poster for Project X-Traction.  I think I got that title right, this is apparently what it is called.  In the movie, starring Jackie Chan and John Cena, ‘…two ex-special forces soldiers must escort a group of civilians along Baghdad’s “Highway of Death” to the safety of the Green Zone.’

In the Iraq fiasco, there were multiple ‘Highway of Deaths’, the post-invasion version referred to a network leading into Baghdad where the Republican Guard actually stood and fought and bared its teeth for a short time, insurgents also preferred it for ambushes too.

The film is targeted for a 2019 release.  Anyone feeling ‘Fury Road’ here? 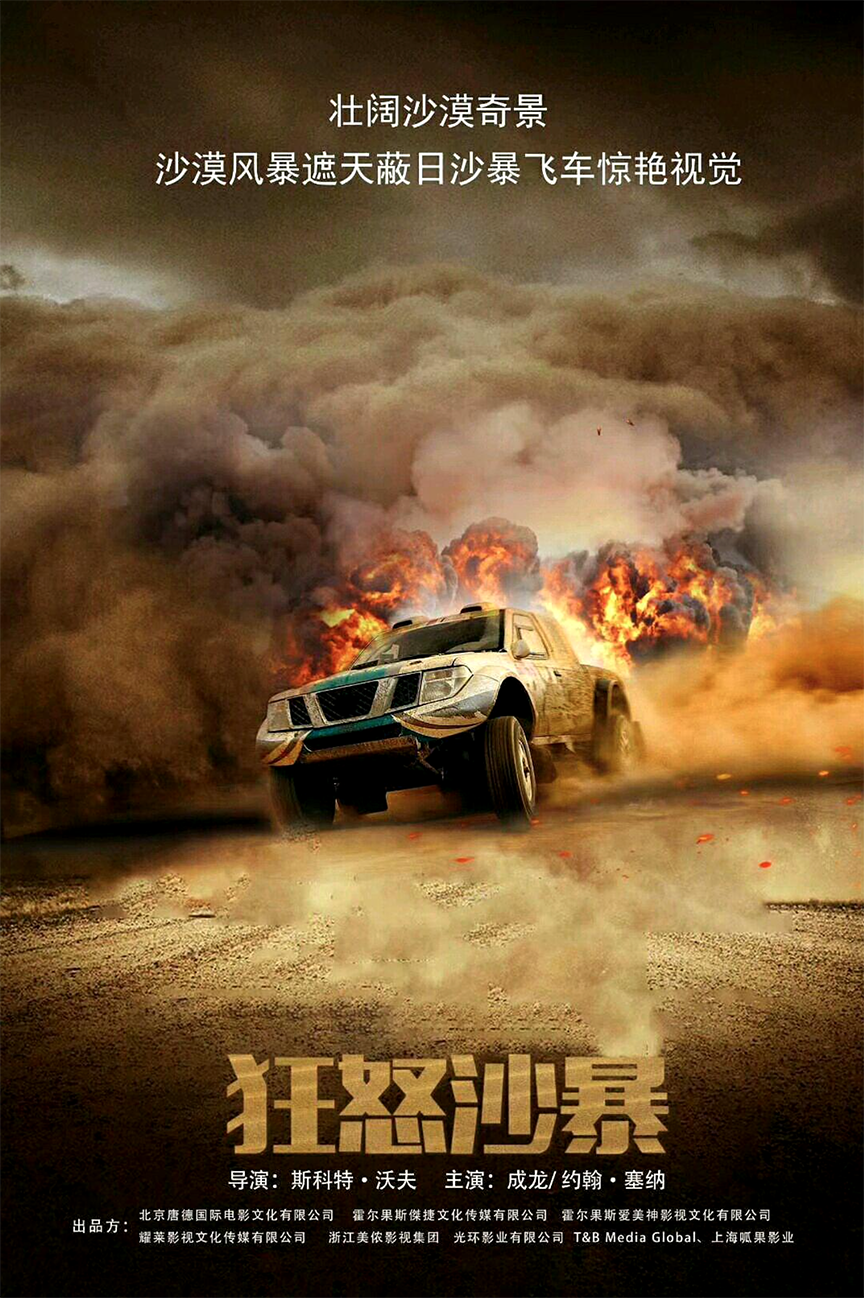