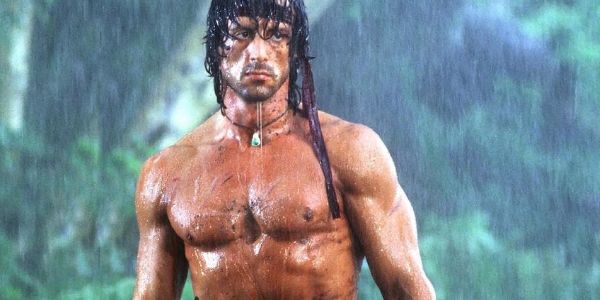 Rated: R
Run Time: 160 Mins Total
What To Expect: Gorgeous remaster, mediocrity for everything else.

It has a paltry 6.4 rating on the IMDb.  It has an even lower 32% rating on amen-corner Rotten Tomatoes.  It was nominated and/or awarded for worst picture, worst actor, worst director and worst screenplay.  But those conformists are all wrong.  Rambo: First Blood Part II is one of history’s greatest action sequels and a movie that was never given its due.  Critically it was the whipping boy and easy target.  Few had the balls to tell it like really was – this was exceptional film making and among the very best Stallone appeared in.  I don’t think it’s too much of a stretch to put it up there with Aliens and Terminator 2 as far as sequel behemoths go.  Remember, Rambo II came before either of those movies so for a year, at least, it was the second greatest action sequel of all time.  The first a little George Miller movie that came in ’81.

Initially, the Jim Cameron screenplay had Sylvester Stallone team up with John Travolta in the jungle.  Now we all know how good Cameron is at writing an action movie, especially a sequel, but I think when Stallone stepped in to re-tool that idea and ditch the Travolta sidekick, we really did dodge a bullet and erase a rare Cameron blunder.  The story they went with for the movie, shat on by critics, could hardly be better – don’t they realize what is required of an action screenplay?  It’s lean, hard and tooled for purpose.  For example during the opening scene, when Colonel Trautman asks Rambo if he’ll accept the mission from behind the prison fence, Rambo considers it for a moment then simply agrees.  Other movies would’ve been tempted to have the character go through some tedious soul-searching arc.  But not here, we all know he’s going to accept, the character logically would accept so why beat about the bush?

And even then, the plot isn’t so bad.  Prisoners of war left behind was still a bit of a political hot potato in the early/mid ’80s.  The bureaucrats sold men out.  ‘Forgotten ghosts’ were rendered expendable.  Another aspect of the story worth reconsidering all these years later though, is the question of Rambo’s legal status.  The possibility of a presidential pardon is offered, should Rambo successfully carry out his mission.  But technically he failed the mission, his orders were to photograph a POW camp.  His sidekick warns him that he isn’t allowed to actually enter the camp, but he replies with ‘no more orders’.  This causes the USAF to leave him in the lurch at the extraction point.  Later, Rambo destroys a command center and disappears into Southeast Asia.  He doesn’t emerge again until the end of Rambo IV, in Arizona – shouldn’t he still be a fugitive?

By today’s action standards, Rambo II is a directorial masterpiece.  It’s from a time when an action movie wouldn’t gain praise merely for holding the camera steady.  That wasn’t enough in the ’80s!  It had to be beautiful and it had to be pacy without wearing the viewer out.  Most people don’t realise that Rambo II only lasts 90 minutes – time flies when you’re having fun.  What’s also interesting however is the question of just who directed it.  George P. Comastos, it’s well known, had let others direct movies for him.  For example Kurt Russell actually directed Tombstone.  Rumor has it that Sylvester Stallone not only custom tailored the script for this movie but he actually directed it as well.  Which is quite impressive, given how lucid, succinct and thrilling the actions scenes are in this movie.  Did Stallone have to deny his own work through sheer Hollywood resentment?

While John Rambo first appeared in First Blood, which is still in my estimation to be the best Rambo movie, in many ways this movie gave birth to the Rambo we all know.  The ultra shredded physique, the iconic bow and ever escalating extreme measures.  And because the ante was upped, pseudo intellectuals and leftist cowards felt the need to malign it, even if they secretly loved it. John Wilson’s book The Official Razzie Movie Guide, listed Rambo: First Blood Part II as one of the “The 100 Most Enjoyably Bad Movies Ever Made”.  Nice contradiction there, if you enjoyed an action movie, your job is to call it like it is and recognise its effectiveness.

One of the greatest action soundtracks ever.  One of the first movies to appear in 2,000 theaters.  And undoubtedly one of the great underrated action sequels, ever.

I have owned this film on probably every format it has been released in.  I have it on VHS, DVD, Blu-Ray and even HD-DVD.  Now it’s time for the 4K UHD version as the film is remastered from the original 35mm negatives for a next generation HEVC H.265 encode.

In short, Rambo II is now a 33 year old movie that somehow looks futuristic, so clean it is.  While there are occasional patches of softness, the film boasts new quasi-three dimensional depth, inkier blacks and a natural vivid sharpness.  In the distance, you can see the edges of small rocks by the waterfall, then closer up, you can see beads of sweat run down the faces of the actors.  The film is also a showcase as far as colors go; the green jungle is vibrant, without being crushing or oppressive.  Slowly, we’re getting close to what the eyes are used to in real life, only through screens.

There is nothing new elsewhere though.

We have the same SD features of old, along with the 5.1 soundtrack from the previous Blu-Ray.  The old extras perhaps run for 50 minutes, I’d say most of us have seen those, and obviously the commentary from the late George P. Cosmatos is not new.

The only ‘new’ feature is Rambo Takes the 80s: Part 2.  This runs for a paltry 11 minutes and I have to say, I’m disappointed in it.  Not just because of the running length or the non-4K segmented scenes from the movie, but because of the contempt that the talking heads have for the film here.  They passively aggressively lament the increasing macho DNA series took in this movie, and there’s a lot of (negative) talk about Reaganism.  Some of these people I get the feeling haven’t even seen the movie recently, but were just happy to be called in for an interview.  Why did they put an 11 minute ‘documentary’ on the (second) disc that basically attacked the movie they want to sell?  And was it necessary to be so political?  I was half waiting for one of them to bring up Donald Trump.

Minus the nice new remaster, I think this is a mediocre release, with half hearted artwork, menus and sub par extras.  Buy it only if you want the main 4K movie.