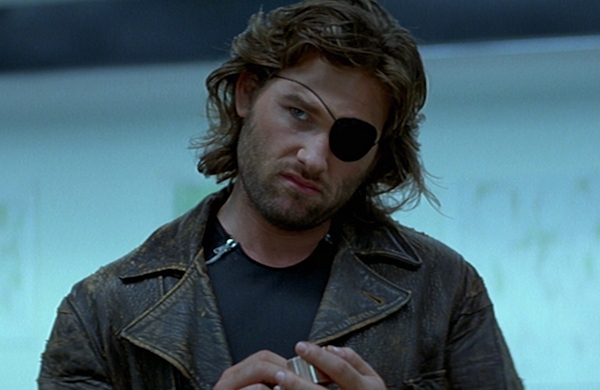 This is from the May 2013 issue of ‘Empire Magazine’.  Nowadays, magazines struggle to keep up with the internet.  After all, you can find things out literally by the second through an iPhone.  In short, magazines are poor for news and reviews.  So increasingly they have to compensate with features, giving you material that you can’t find online.  I.e. using their contacts to print something interesting.  One such example is the aforementioned magazine’s encounter with John Carpenter and Kurt Russell.

Among other things, Russell talks about a chance meeting with George Miller in Australia, and how it (helped) inspire Plisken and Escape from New York.  Here’s that transcript…

In 1979, Russell flew to Australia to promote Elvis.  “There was this guy who was a dentist, or a doctor, at the time,” he says.  “He starts talking about his movie – I assumed he produced it – and he really wanted me to see it.  The next thing I know, I’m in a car and we’re going to his house to see his movie.  You gotta know when to say no, right?”  Carpenter creases up.  “He puts a tape in, and up comes the title, and he directed it! Now I’m really stuck!”.  Russell pauses, delivers the punchline with aplomb.  “So, about three minutes into Mad Max, I turned to George Miller and said, ‘Motherfucker!  This is GREAT!’  And I came running back to John and said, ‘I know what I would like to do next’, and he said, ‘I’ve got something better'”

Sounds about right, because three minutes is approximately how long it takes to realise how fucking manly Mad Max is, as in, the first killer chase sequence is right there, at the start of the movie.  Just serves to remind, Miller was there before either McTiernan or Cameron (Mel was too though!).  But Carpenter was wrong, Escape from New York isn’t better than Mad Max.