UPDATED:  Mark Hamill is the new Chucky!  I like it.

The news was announced at Orion’s panel at WonderCon this evening and fans reportedly howled with excitement when Hamill appeared on overhead video screens with a taped greeting. He steps into a role made famous by Brad Dourif in all the films released to date

PREVIOUSLY:  Orion Pictures is back, and they  will release  horror classic Child’s Play in theaters nationwide on June 21st 2019.

The film will open opposite Toy Story 4 (kinda funny) and Orion has also unleashed the film’s first poster which you can see below. The story follows a mother who gives her son a toy doll for his birthday, unaware of its more sinister nature.

Rising filmmaker Lars Klevberg directs from a script by Tyler Burton Smith, while David Katzenberg and Seth Grahame-Smith  will produce. 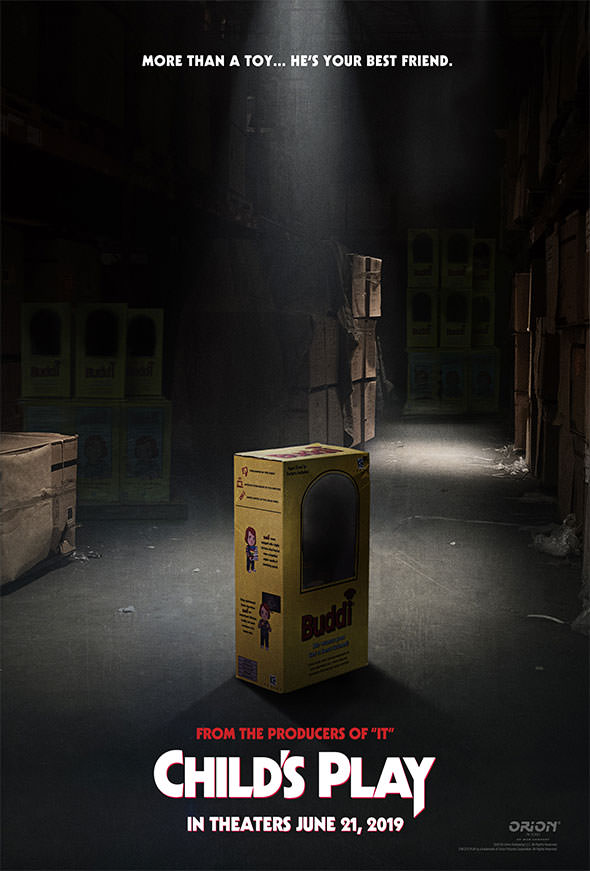