In the above video, Martin Kove says he was approached to appear in Rambo V.  He says he was called in to read, but he didn’t ‘understand why he’d have to read for this character’.  Kove says he called up Sylvester Stallone personally, and they joked about someone asking him to read… with Stallone insisted that Kove does not know how to read.

But which character were they talking about?  Kove previously played Ericson in the series.  Did Kove mean it was stupid to ‘read’ because he already played the character, or is it a new character and he didn’t know why he’d have to ‘read’ in a Stallone movie?

Either way, ‘that guy was a bad guy’, sounds like it could’ve been Ericson, but it’s ambiguous there is he’ll be in the movie.

Whatever happened to that Raid remake? Speaking with Collider, director Joe Carnahan talks about what he’d like to get out of the film.

You meet [Frank Grillo’s] character having just rotated back from a really, really, brutal special forces operation. He’s got soft tissue damage in his hands, and his rotator cuff is blown out, and they take fluid off his knees, and the doctors basically tell him, “Listen you’re at the razor’s edge of PTSD and you need three months of just nothing, some R&R, because you’re jacked up.’ And in that space, he gets the message that his brother, who he thought had been dead for four years, is actually alive and working for a very bad guy in Caracas, and in 18 hours they’re gonna kill his brother. These forces are gonna descend and murder the bad guy and murder the brother, so do you wanna go and get your brother, who you thought is dead? Do you want that opportunity? So that’s where we start.

I want the entire movie to feel like the knife fight between Adam Goldberg and the German in Saving Private Ryan. Everything.

In every great action film, there’s always an emotional quotient that you’re dealing with… You have to have a sense of stakes. For all of the tremendous excess of those last two Matrix films, which I enjoyed the hell out of, they never really got to the tension of just Keanu Reeves trying to answer a phone at the end of the first movie. There was great pathos, there was a great sense of, ‘Is he gonna make it?’ The spectacle I think outweighs the heart and soul of it, and that’s what you have to remember is you’ve gotta have that attached.

Well, a Raid remake would be a tough nut to crack… 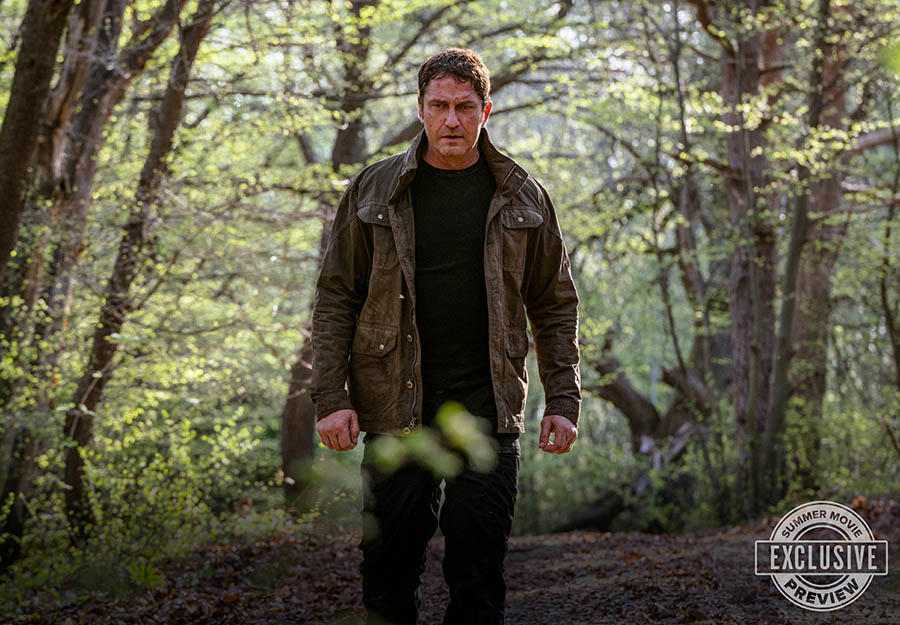 Here is a first look at Gerard Butler in actioner Angel Has Fallen, courtesy of Entertainment Weekly.  In the third of the trilogy, Secret Service agent Mike Banning must thwart a terrorist attack on Air Force One.

The film has been directed by Ric Roman Waugh.

It is scheduled to be released on August 23, 2019, with Russia apparently getting it a day earlier.

Ben Affleck is going to direct and star in Ghost Army for Universal Pictures.

It follows a secret U.S. Army unit of 1100 troops that was set up in 1944 and operated until 1945 in the final stages of World War II. Said unit consisted of numerous visual artists and designers who used a combination of different tricks to convince the enemy of the presence of specific Army units that weren’t there – from inflatable rubber tanks and jeeps, to loudspeakers playing recordings of troop activity.

This is taken from Rick Beyer and Elizabeth Sayles’ novel The Ghost Army of World War II and the Netflix documentary Ghost Army.

Related ItemsAll
← Previous Story Peter Weller Is Too Good For RoboCop (Upated – Or Not?)
Next Story → TRAILER: Danger Close: The Battle of Long Tan