A while back Captain Kirk was mentioned in the following Tweet: 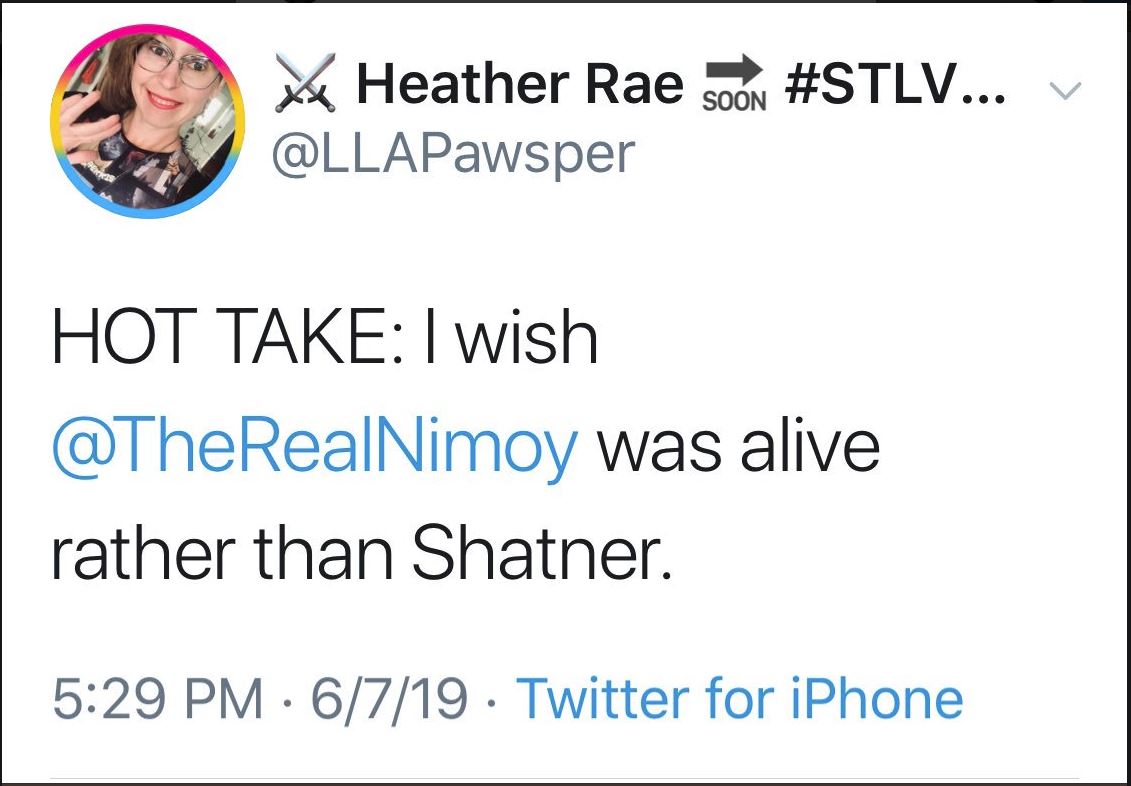 Heather Rae, host of a Star Trek-centric podcast, led some to interpret her words as a death threat.  Rae went on to explain herself: 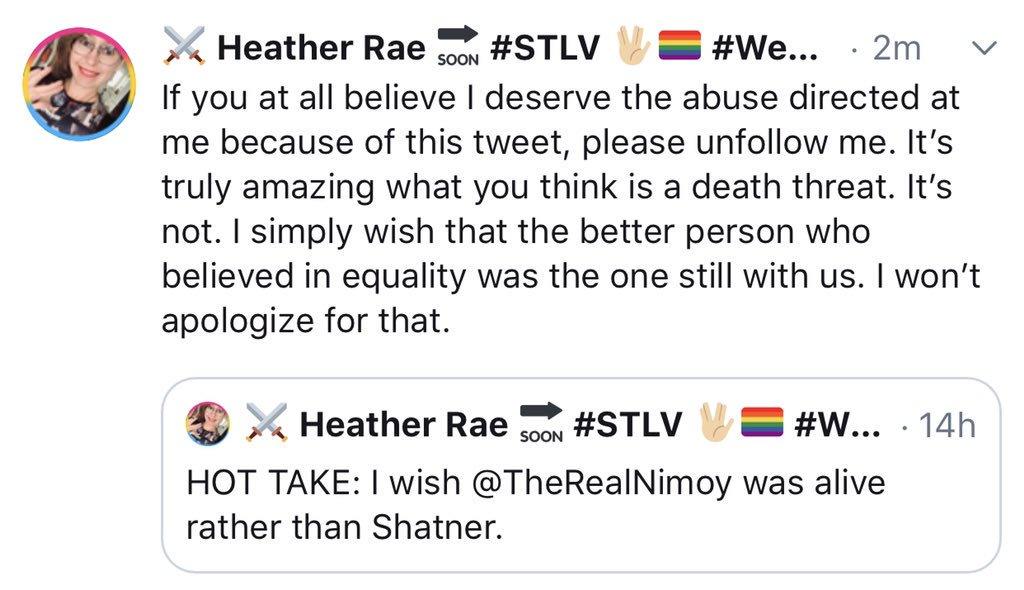 Then, Kirk himself responded:

A co-host from the podcast, ‘Admiral Fliss’, then fired an SJW torpedo at Kirk, ranting about cis het white male (even though Shatner is an ethnic Jew) and other lunacy (their podcast must be a real riot): 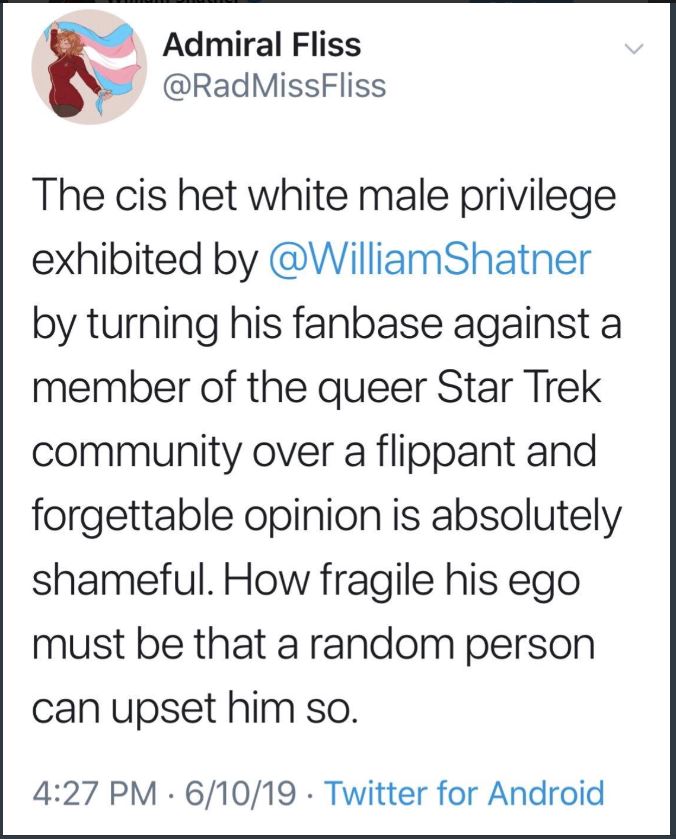 Shatner then set phasers to kill:

Yes because she sends a death threat and I react so of course let’s just ignore the death threat and make the facts about her LGBTQIA status to exonerate her actions. You should be ashamed of yourself! #TrekTroll https://t.co/kJc60m7d5F

Related ItemsAll
← Previous Story Rumor: Cruise ‘Would Do’ Bieber Fight
Next Story → Bret Hart In Worst Movie Of All Time?