Rumor: Cruise ‘Would Do’ Bieber Fight 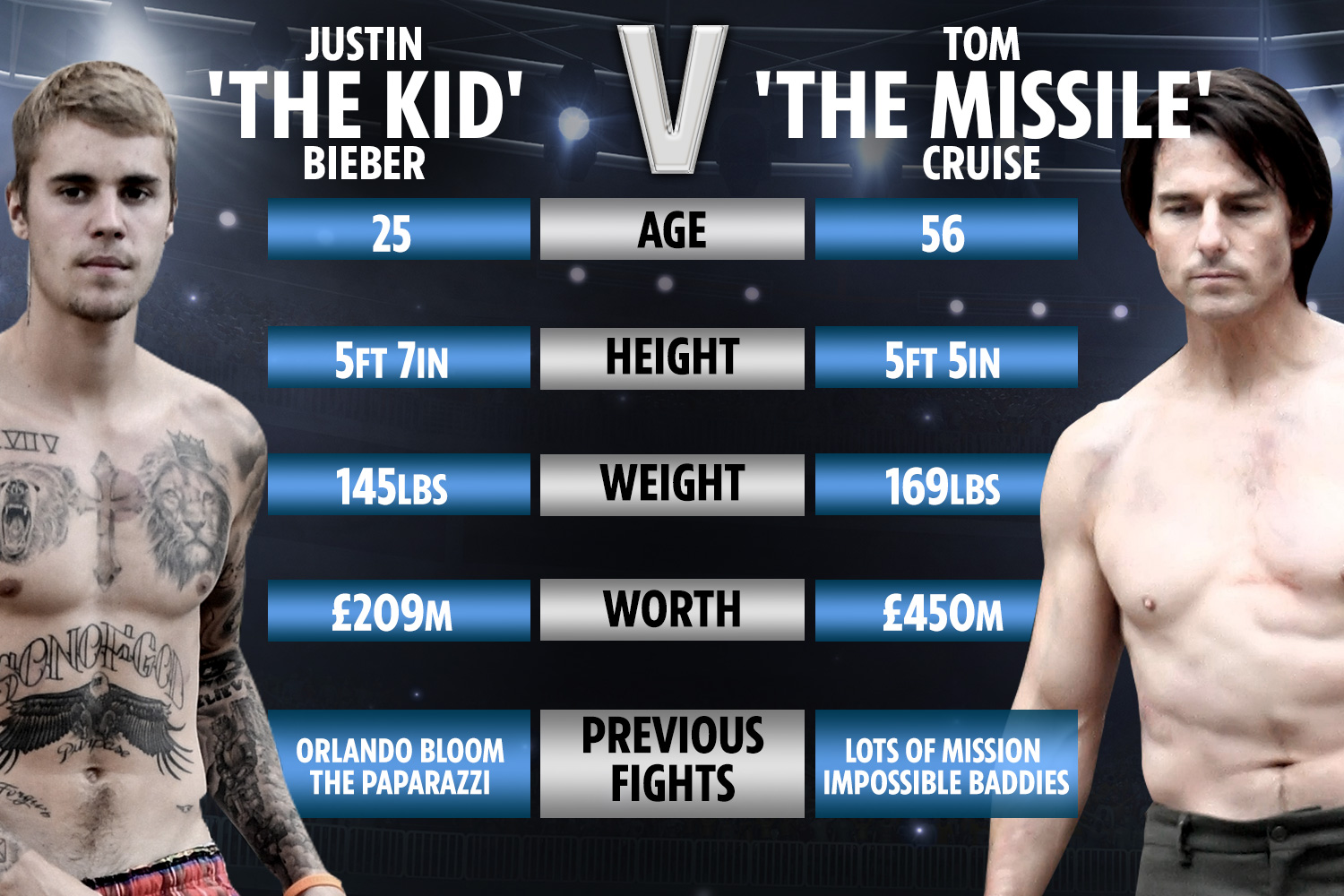 A while back girlie man Justin Bieber bizarrely challenged Tom Cruise to a UFC fight.  The cretin goaded: If you don’t take this fight, you’ll never live it down.  Not sure why a man worth 812 trillion and has slept with more women than Genghis Khan would do anything but laugh at this, but there you go.

There is some news on this though.  If we’re talking about shame here, we should probably forget about Tom Cruise and turn our attention to Dana White.

American website TMZ say Bieber has agreed to the bout and that White wants to make it happen.

They claim that Ari Emanuel, the co-CEO of the William Morris Endeavor agency that owns UFC, did a conference call with Bieber’s manager, Scooter Braun, and UFC supremo White.  After Dana White disgraced the UFC by allowing egotistical F-list celebrity CM Punk to ‘fight’, now White is encouraging this?

But here’s the most interesting part.  PR whore White says he has heard Cruise might accept the challenge!

“I’m not gonna say any names but I’m just gonna tell you that I got a phone call from a couple of real guys that said that they really do want to do this fight and they believe that Tom Cruise would do the fight.

Of course, White is most likely lying here and trying to shit-stir it into happening.  But it’s so obvious what would happen!  It wouldn’t be pretty or technical, but Cruise would beat on Bieber schoolyard style before being pulled off, then celebrating with the crowd with Cruise’s trademark shit eating grin.  Bieber would probably go for a post-bell cheap shot.