At one point, Time Magazine was considered a bastion of prestigious popular journalism.  Now, it has been taken over by woke lunatics (see below) as Quentin Tarantino is under attack for alleged sexism.  For not giving Margot Robbie enough lines in Once Upon a Time in Hollywood, or something.

But it’s Time that has really taken the cake on this.  I thought I’d seen it all, but by God look; 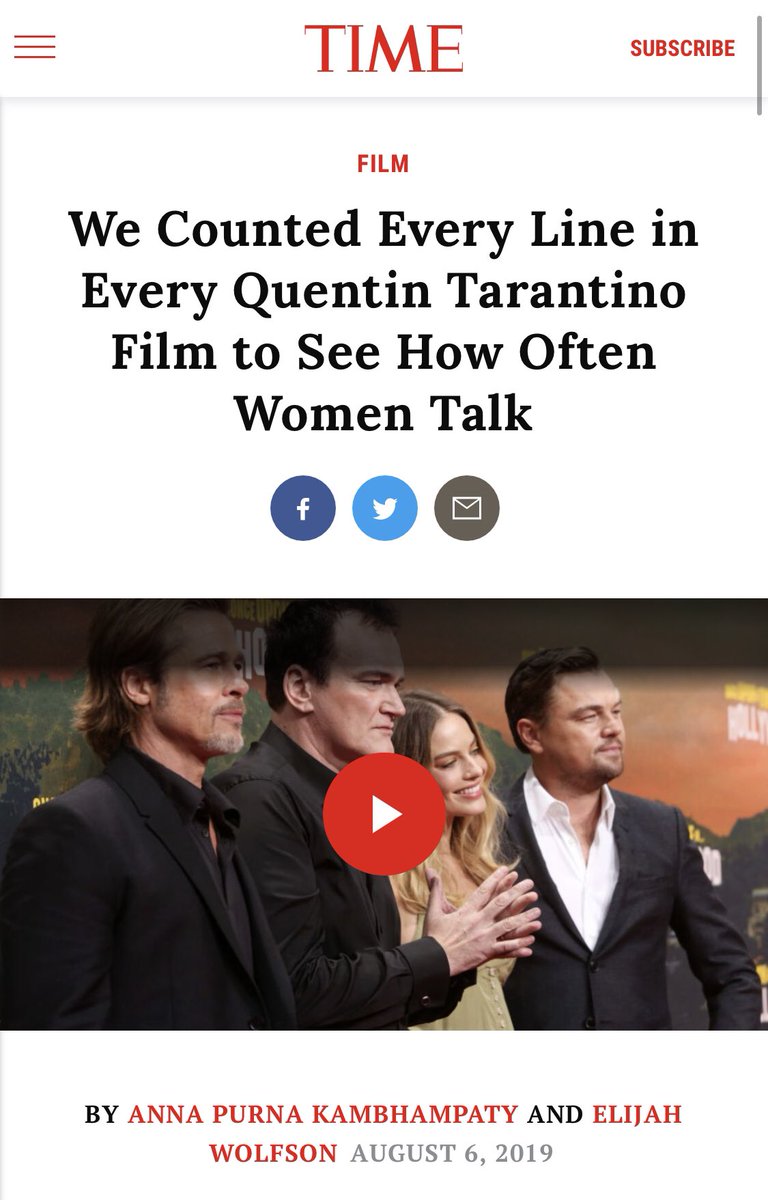 Poe’s Law is being invoked more and more these days.  Surely it’s satire is once again met with, no, it really isn’t.  In an attempt to get Tarantino ‘canceled’ (new woke term these days), they went through every movie and counted the lines of dialogue delivered by females!

What the fuck is going on!  Can you believe what you’re reading?!  And if you look at the article, they took the time to come up with fancy graphs, with carefully laid our percentages.

Man, I tell you, with Disney cancelling Fox’s manly movies, and bullshit like this… this industry is mortally sick.

"What were you doing when the world crumbled in on itself like the gory debris of a rotted broken house on fire?"

"Counting the lines female characters had in Tarantino movies"

Tarantino has also had to deny allegations that the movie is racist.

“[These accusations are] nonsense, basically,” Tarantino told reporters press ahead of the movie’s Thursday premiere in Russia. “These characters, these guys, don’t necessarily represent me. They are who they are and they’re a product of their time.”