UPDATED: A Look At The ‘Universal Soldier Truck’ – ManlyMovie

Home / Action / UPDATED: A Look At The ‘Universal Soldier Truck’

UPDATED: A Look At The ‘Universal Soldier Truck’

UPDATED: Thanks to reader Zach for sending in some pictures of a found Mobile Lab, at a junkyard in Los Angeles. So the thing still exists. Now, this junkyard has recently closed but it is my understanding the the value of the vehicles/props located there was not lost on collectors and/or the owner. If you’re not impressed by powerful trucks, then you’re not a Manly Man.  Fact.  Jim Cameron is, he even drove a truck for a living before becoming a film maker.  Also, no coincidence that he has three truck action sequences in two Terminator movies.  Real men dig BHP, in all its forms.  It goes without saying then that one of the Manliest trucks to ever appear on screen was the ‘Universal Soldier Truck’.  Nah, scratch that, it is the Manliest truck to ever appear on film.  If there was a Manlier rig than this, I’d like to see it. 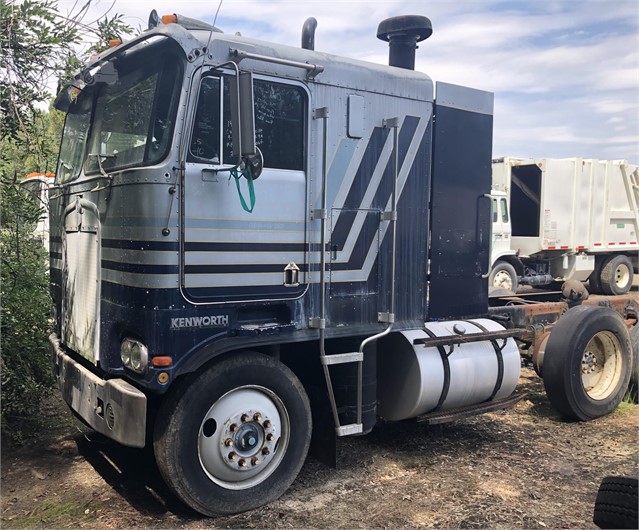 The truck started life as a Kenworth K100, which incidentally is the same truck used by the T-1000 in the Terminator 2 canal chase.  As is usually the case in movies, more than one truck was actually used in the movie.  The stunt model and the hero model and the 1:10 model for the canyon destruction/ramming sequence.  The full sized/real ‘stunt model’ was used for the daily grind of shooting an chases.  The hero model was used for static shots that showed the armored laboratory section/trailer expand outwards, for when the truck was used as a mobile command post for UniSols in the field.

Both the hero and stunt trucks were constructed from a steel 2 inch cubic tubed skeleton.  Futuristic and military typed sculpts were then created from foam and when the final outline was settled on, they were filled in with fibre glass builds.  The hero trailer would expand outwards at a length of 12 feet at each side to give the impression that a mobile lab/command post could actually fit inside.  Interior lab shots however were filmed elsewhere.  Some dummy weight may have been added to the stunt trailer to give the impression of a real load. 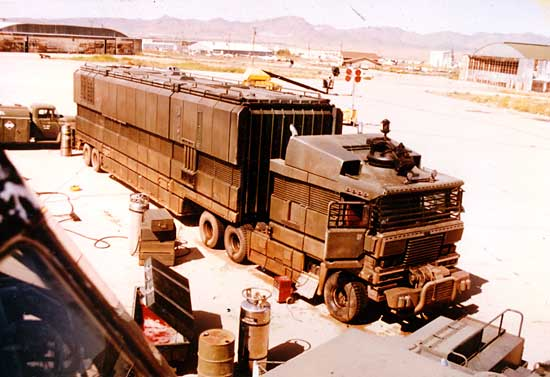 For the sequence in which Lundgren and Moeller ram the prison bus into the canyon, a 1:10 model was constructed.  Of course a 1:10 prison bus was also necessary to become the victim and pushed off the cliff too.  The crew would then destroy both with explosives as they impacted at the bottom of the canyon, and so the UniSol truck met its end.  After the first movie, five more Universal Soldier movies were released (including two TV movies that featured Gary Busey and Burt Reynolds), but the truck was never to reappear.  Almost certainly down to budgetary or copyright reasons or a combination of both.
Manliest truck ever?  Indeed.
Related ItemsAll
← Previous Story R.I.P. Hutton Gibson!
Next Story → Clint Eastwood Is 90