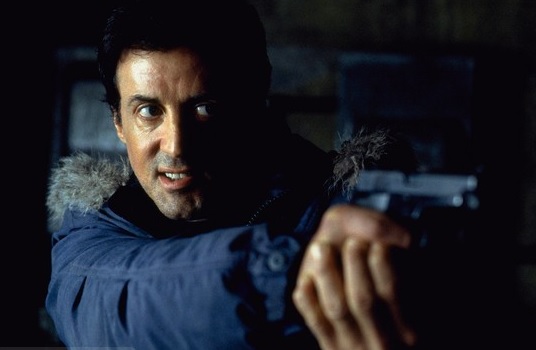 Speaking in 2006, Sylvester Stallone said that D-Tox is an example of a film that can get caught up in a P.R. momentum pendulum.  Somebody, somewhere, (the nexus in this case being a producer getting cold feet) in a position of power slates a movie, then word spreads and it leads to negative conformity/momentum.  That works both ways, look how many recent blockbusters enjoy a chain reaction of positive hype despite being objectively atrocious.  D-Tox is not a great movie, but man it’s not a bad movie either.

There’s a murdering nut on the loose who does not like police officers, so far he has killed nine of them, such is the maniac’s hatred.  FBI agent Jake Malloy (Sylvester Stallone) is called in to assist the hunt, but after he kills yet another and Malloy is called out, the killer seizes the opportunity to inflict maximum pain and kill Malloy’s wife.  Malloy then spirals into alcoholism and attempts suicide, before friend Agent Hendricks (Charles S. Dutton) sends Malloy off to a cop-ran dry out center in the snowy wilderness… however bodies start appearing there too.

This film is one of the 21st century’s most notable box office bombs, drawing 6 million from a 50+ million budget.  It was completed in 1999 and sat on the shelf for three years, before Universal reluctantly released it.  Strange, because the studio’s notorious contempt for the film runs contrary to their pushing of far worse movies.  The film was also ravaged by critics, many all too happy to finally turn the knife on Stallone’s failing career.

It’s nowhere near as bad as they say though.  It has an ensemble cast (Kris Kristofferson, Tom Berenger, Stephen Lang fill out the inmate roster) and takes place in the midst of a 20-below snow storm, offering atmosphere to spare.  Sylvester Stallone also rams it home as a grieving Agent Malloy, a performance that for me rivals his best Rocky efforts.  Is the screenplay by the numbers and perhaps even predictable?  Yes, but other elements raise the whole to an above average slasher yarn, not the turd that it has been maligned as.

This film features one of my favorite film scenes of the 21st century – Stallone delivering an earnest and loaded threat to murder Robert Patrick to his face – so well acted from both men.  Underrated film.