THE RETURN OF MIKE BARNES | ManlyMovie

THE RETURN OF MIKE BARNES

Actor Sean Kanan is resurfacing on the internet to talk all things Karate Kid. He’ll appear on Cobra Kai Theory this week to discuss his character Mike Barnes.  As Kanan has been previously rumored to appear in the third series, but not been listed or confirmed, this suggests that ‘Karate’s Bad Boy’ is going to confront sleazy car salesman Daniel LaRusso!

Barnes may have to settle the score with tournament cheat LaRusso.

Multiple times LaRusso claimed tournament victories without winning fair and square.  The first against Johnny’s friend Dutch, goading that young fellow into getting himself disqualified, thereby stealing a victory.  Then cheating against Johnny. 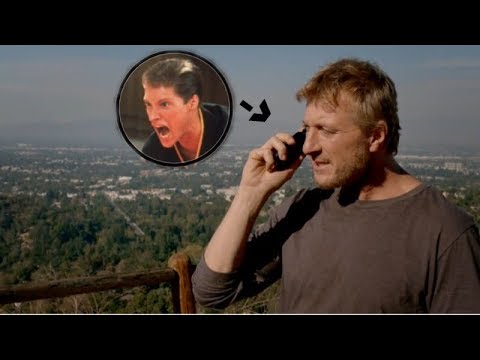 Then of course winning on a technicality against Mike Barnes, remember, Barnes was instructed to go easy on LaRusso and had already beaten the shit out of him in a street fight.  Can’t this guy ever play it straight?  LaRusso couldn’t even holiday in Japan without trying to steal another man’s woman – the second time he attempted such a thing.

Time for some real winners to settle things!