A new trailer has been released featuring the return of Arnold Schwarzenegger’s character Dutch. Albeit in video game form. In Predator: Hunting Grounds, both an older and 1987 version of the character will appear.

The game has apparently not received too much of a warm reception, but it is at the very least interesting to see Schwarzenegger’s character in this form. Isn’t this what Predator 3 should really have looked like?

Seeing a weathered Arnold take on the Predator again was the most sensible way to go.  Oh well.

According to Dark Horizons, John Cena and Idris Elba will team up for the actioner Head of State.  The film is said to harken back to older style action movies:

Specifics are under wraps, but the film is said to be a throwback to 1990s two-hander action films – bringing together an odd couple in a high stakes situation and described as “Air Force One meets Hobbs and Shaw”.

The film is being produced by Amazon Studios and will begin production in January.  Of course, 1990’s-influenced action movies are right up our street. 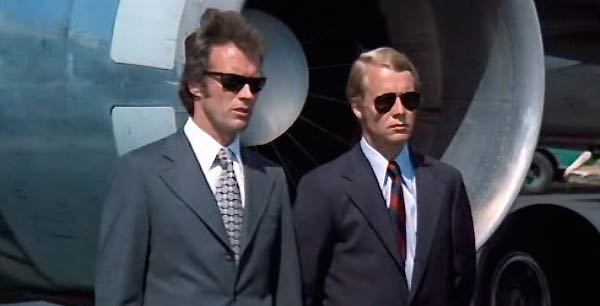 Clint Eastwood is not done acting yet.  He’s going to appear in the movie Cry Macho, according to Deadline.  Here is their description of the plot:

Based on the book, the film will star Eastwood as a onetime rodeo star and washed-up horse breeder who, in 1978, takes a job from an ex-boss to bring the man’s young son home and away from his alcoholic mom. Crossing rural Mexico on their back way to Texas, the unlikely pair faces an unexpectedly challenging journey, during which the world-weary horseman may find his own sense of redemption through teaching the boy what it means to be a good man.

Eastwood is currently location scouting the movie for Warner Bros.  Supposedly it’ll be another fast-tracked Eastwood movie ready in about a year.

A new trailer for Cobra Kai Season 3 is up. It reveals that it’ll be available to watch on January 8th, and also confirms season 4 is in development.

This new footage appears to show a darker season than the first two.

The third season confirms the return of Chozen, possibly to get even in womanizer car salesman Daniel LaRusso, a score that has needed to be settled for decades.