This is the coolest shit you’ll see all week. Probably.

Ask any real Terminator fan and they’ll tell you there have only been three cyborg infiltrator units to appear on screen: 1) ‘Flock of Seagulls’ T-800, 2) ‘Uncle Bob’ T-800 and 3) ‘Future Terminator’ T-800.  The third played by legendary bodybuilder Franco Columbu in the 1984 original film’s flashback scenes.

Now the video game Terminator: Resistance has gotten some free DLC, Terminator: Infiltrator.  And it allows you to play as an infiltrating T-800 (slightly worse for wear), in the guise of Franco Columbu.

It’s him alright, and he looks cool as fuck. 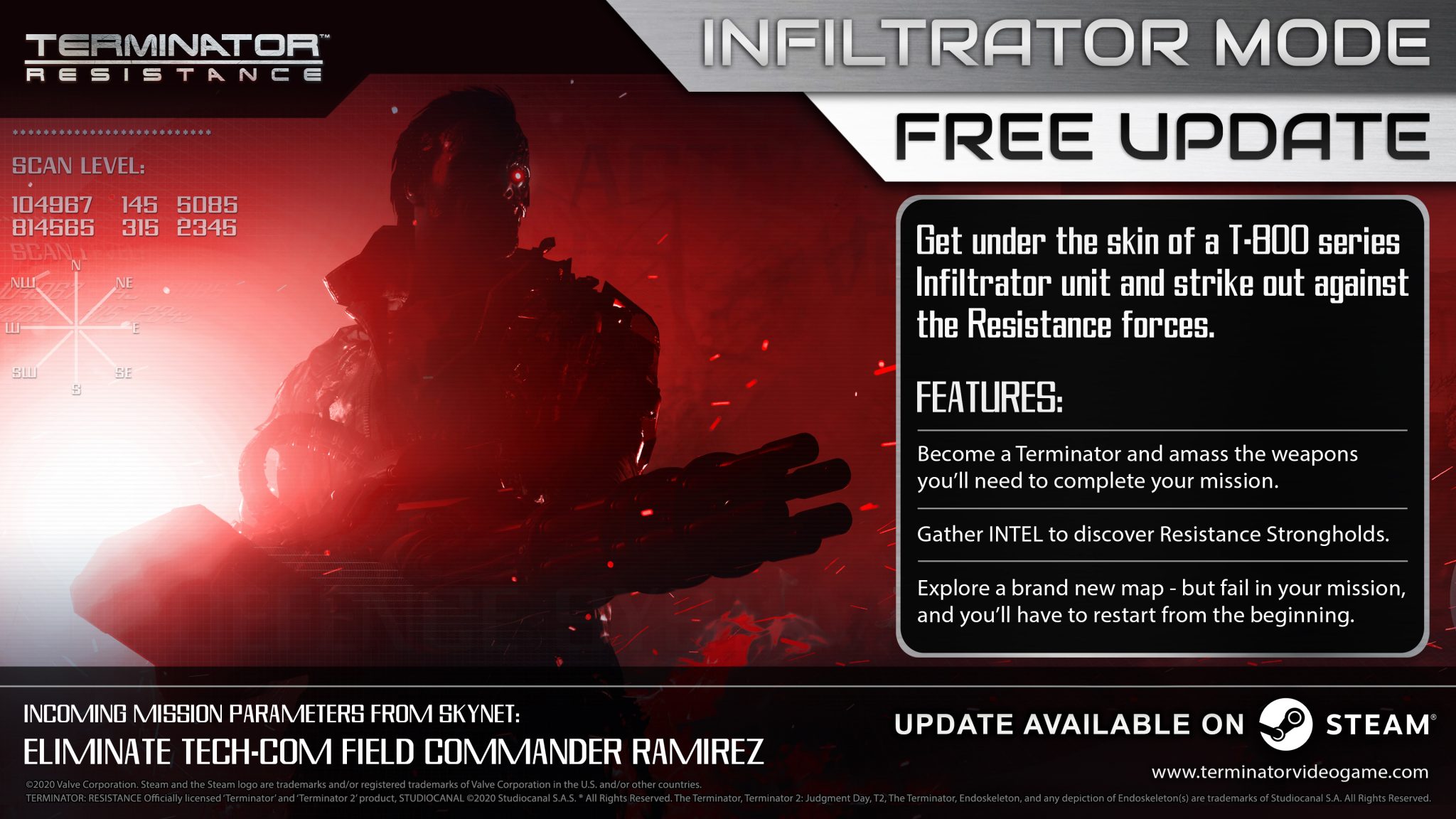 Shit, he’s even got a fucking minigun, along with that 1980’s punk-style getup.  I didn’t give this game a chance, but now I think I’m going to be forced to return to it.

Although console versions of this game received tepid reviews, the Steam version was received ‘very positively’ by fans.