Years ago Hulk Hogan said he wanted Chris Hemsworth to play him in a movie. People laughed. Well who is laughing now? It’s still happening and Hemsworth has been working our for four months to get in ‘Hogan’ shape.  And Hogan himself has taken to Twitter to show his approval for Hemsworth’s dedication.

He’s already there! He’s ready BROTHER!!! But is he good looking enough to play me lol,lol,lol. HH pic.twitter.com/q6LLfWUGgL

The funny thing is that Hemsworth is probably too ripped to play Hogan.  Hogan has never been jacked/ripped at the same time.  He was always huge for sure, but smart enough to not run a WWF schedule with size and no fat.  In fact, he’s never been ripped at all, only on occasion lean (post-steroid trial/entry into WCW).

Anyway, the film comes from The Hangover and Joker director Todd Phillips.  With Bradley Cooper acting as a co-producer, which leads us to another question… whatever happened to that Bradley Cooper-led Vince McMahon biopic?  Details are thin on the casting of the Hogan movie at the minute, but perhaps Cooper will make his first appearance as Vince there?

Now, if you wanna talk about body transformations, if Bradley Cooper can turn himself into this Genetic Jackhammer, I’ll eat my hat… 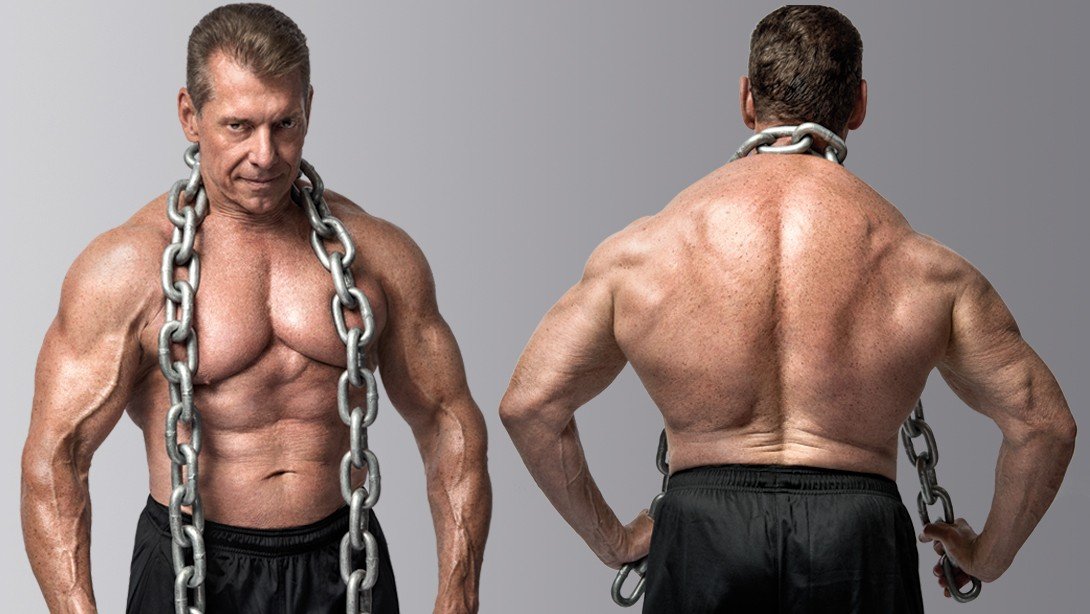 Related ItemsAll
← Previous Story UPDATED: NO CGI IN GREMLINS 3
Next Story → READY FOR AN ‘EXTRACTION’ SEQUEL?