After last week’s protests against electoral fraud in the United States, word began to spread that Chuck Norris was in attendance.  One man even posted a picture/selfie with a man showing a striking resemblance to Mr. Norris. 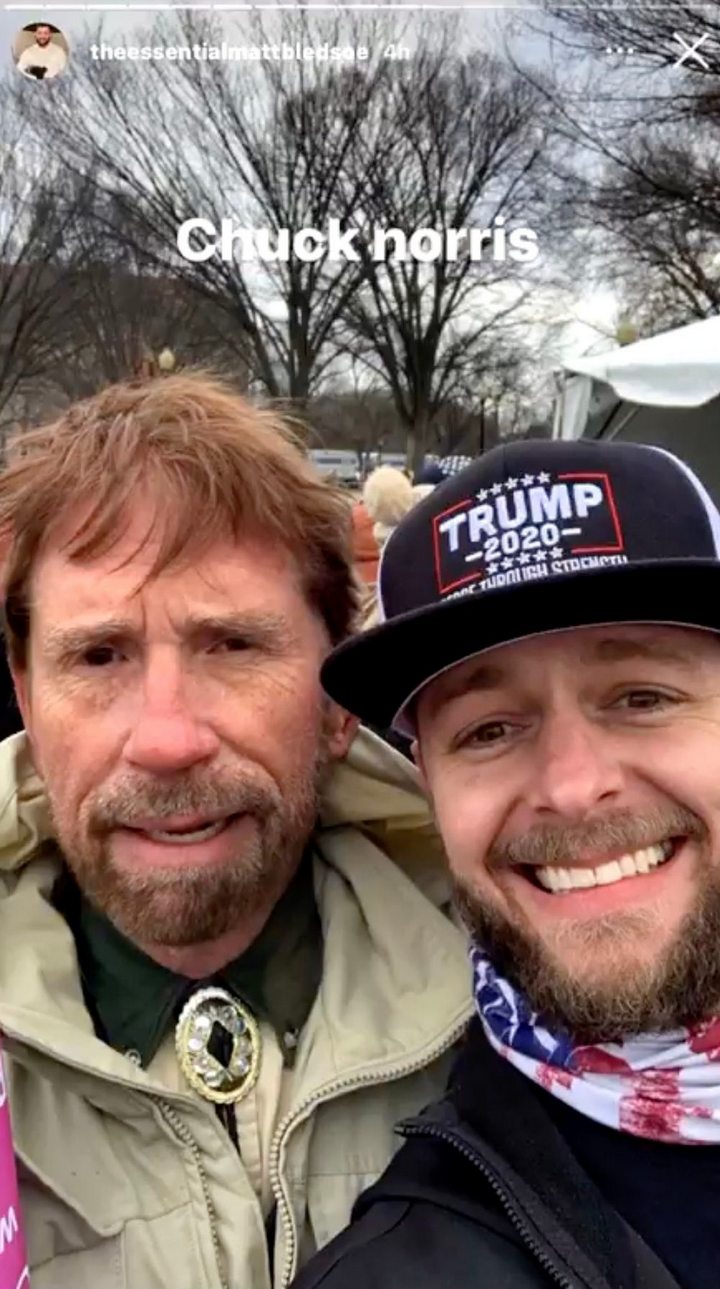 It might have been believable.  Mr. Norris is a supporter of President Trump and in the past has had stern words for members of the corrupt establishment, once even promising radio host Alex Jones that he’d roundhouse kick them one by one, if he’d point the offenders out.

However the man in the picture is not Mr. Norris.

In a statement issued to People.com, representative Erik Kritzer declares, “This is not Chuck Norris and is a wannabe look-alike, although Chuck is much more handsome.”

“Chuck remains on his range in Texas where he has been with his family.”