Yes.  Another Captain Rhodes post.  But this is a good one, a post found on the archived IMDb message boards arguing the case for ‘antagonist’ Captain Rhodes (Joseph Pilato) in Day of the Dead (1985).  It’s a long post, but reflects thoughts I have always had on this movie.  And it is worth a read.

Yes, yes. The oft looked upon antagonist Capt. Rhodes. But after giving this movie another viewing, I came to the realization that while certainly not a people person, Capt. Rhodes was just doing what he felt was best for his men.

He was given an absurd situation, exasperated by the fact the so-called science team was doing nothing but getting his men killed. In light of this, instead of even trying to work with Rhodes, the science team (and the pilot/radioman) instead engaged in a multi-tiered mutiny to seize necessary equipment and abandon the soldiers in a tomb.

First off, I agree. Rhodes was a prick. But by the time it came down to brass-tax, he was facing what amounted to a rebellion of support staff. Rhodes wanted to leave the base early on in his taking command. He didn’t say he was going to leave the science team behind, only that due to the recent complications that it was time to abandon the mission (as nothing had been accomplished anyway.)

Ironically, this is precisely what the “protagonist” and her crew were planning on doing only their plan included leaving the soldiers behind. When Rhodes fired shots in anger (at Logan feeding his men to zombies, and then at Fisher) both of these were simply desperate acts of a commanding officer faced with the situation the so-called protagonist put him in.

Granted, Rhodes became barbaric, but only AFTER the situation realized itself.

If anything, I’d say you could make the case that Logan and crew were the antagonists. They simply had a nicer smile painted on and more screen time.

While it is stated that the entire operation is civilian based, and the military was there to facilitate the science team — it’s safe to say martial law was in effect. After months and years of the science team failing to produce any applicable results (other than the death of military men, consumption of food and supplies, etc) it’s only natural Rhodes, acting in the interest of his men, spoke out against the entire operation.

The very fact Rhodes granted them more time and allowed them to keep their own personal firearms proves he wasn’t some tyrannical dictator.

Now, Rhodes was not a particularly good leader. He seemed more logistical than field worthy. For one thing, I’d make the argument he wasn’t strict enough. He openly let civilian staff berate him in front of his men, he didn’t stick by logical decisions, and he never forced any issue until the end. For instance, his stance on Sarah and Miguel. He should of locked up Miguel for being unstable, and imprisoned Sarah for being insubordinate. If you watch carefully, Dr. Fisher and Rhodes are going over documents without much issue until Sarah walks in and starts problems. 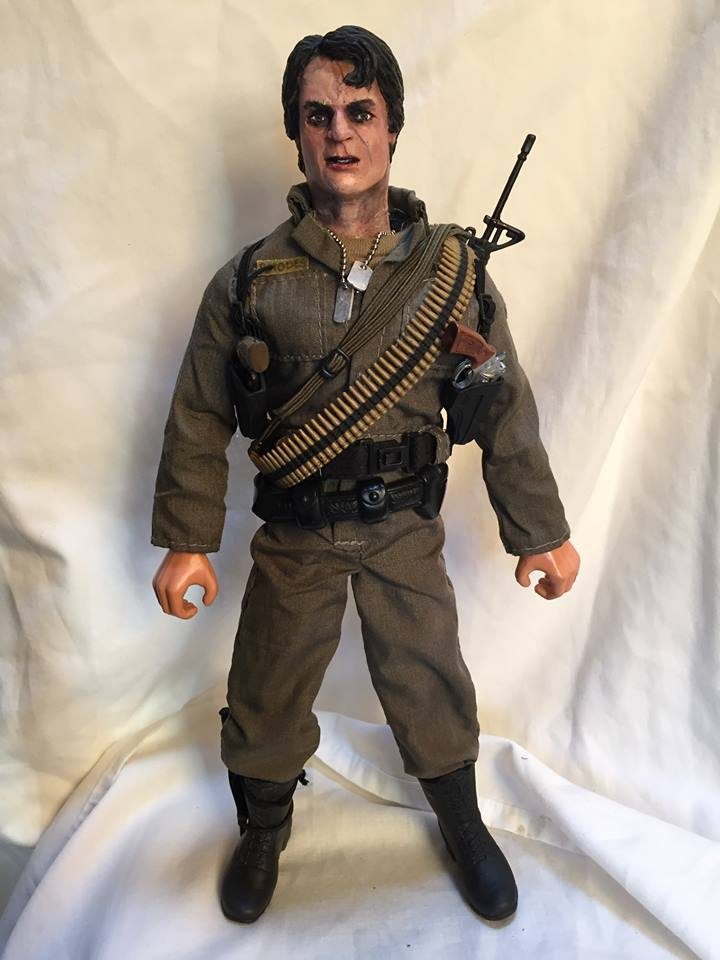 Rhodes was 100% correct when he told them that all they do is use the protection offered by the military, all the while getting his men killed. This was obviously a position held by ALL the soldiers.

With Steele, he obviously didn’t like Sarah at all, but their relationship was more of a “You’re dumb/You’re a bitch” type of irritation. Rickles also had a soft side, you might notice in multiple scenes he had a wedding ring. Rhodes and Sarah seemed to really hate each other, and without knowing the back story, I don’t know why Rhodes hatred only seemed to be directed to Sarah. I really wish we knew if they had a massive confrontation before Rhodes became commander, or if they actually did have some romantic relationship prior and he resented the fact she was now with Salazar (though I still don’t know why Rhodes didn’t shoot her the multiple chances he got if he wanted to kill her so bad.)

If I were in command, I don’t know what exactly I’d have done with Salazar. It was unacceptable for Sarah to sedate him without Rhode’s permission. I don’t know what the day-to-day requirements were of the soldiers, all we know was they were short on men. For all I know, they might not have been able to spare Salazar.

One thing is for damn sure, he should have shot Salazar when he was bitten, but for whatever reason he took Sarah at her word. He actually let the Radioman and helicopter pilot threaten them with guns. He was way too lenient with them.

It really goes back to what I said earlier. Rhodes was not a good squad level commander. Steele (and he even said it) would have shot Salazar then and there (or come back with reinforcements.) Rhodes was being soft on Sarah for some reason, multiple times. I still suspect they had a romantic past or at least some level of connection prior to the movie.

If I were Rhodes, I would have promoted Steele to Sgt, or Squad Leader and let him handle the day-to-day at sub-officer/security level, and then I’d focus on the logistical problems.

“I don’t trust Logan, and Sarah doesn’t respect my authority. So Fisher, I am going to grant you military rank, and place you in charge of the science team.”

This would have given Fisher a bit more confidence in the military side, and may have made an important ally in keeping Sarah and Logan in check.

An argument can be made about Rhodes cowardly behavior at the end. But honestly, all the soldiers suddenly behaved entirely out of character. It’s as though Romero was running over-budget and just decided to find a quick way to knock them all off. I know he switched scripts in the beginning due to rating/budget issues, but that ending seemed completely unrealistic. Rhodes was a lot of things but he didn’t strike me as a coward. And Steele abandoned his buddy Rickles for really no reason.

I would have ended the movie with the extra soldier getting gored by zombies, Steele/Rhodes/Rickles all get top-side and engage Sarah/John/McDermott. McDermott dies (or is mortally wounded,) and someone shoots Rhodes and he falls down the elevator and gets crippled, and zombies rip him to shreds. Steel/Rickles surrender, the helicopter crew let them drive off in a truck, Sarah and crew fly off in the chopper.

This would keep with the story and movie cliches, and be a bit more of a realistic ending in my view. Maybe the ending is John burying McDermott on a beach somewhere. This would have allowed for gore/action and just a generally more acceptable ending.

It’s actually preposterous to call the scientists in this film “protagonists”.  They jeopardize the safety of humans by pursuing ‘rights’ for animals/zombies, whilst blocking the only manual exit to the facility with a horde of zombie ‘pets’.  The minute the electricity is cut off in such a base, the hydraulic lift is permanently closed.

Rhodes should have shot these bleeding heart liabilities sooner and placed the qualified pilot under arrest.

Look at this ridiculous article!  ‘Cause of death: Being a terrorist’.  What?!