I gotta be honest and admit I’ve actually sort of lost count of how many manly/action movies Liam Neeson has been in.  But at 68 is it time to hang it up?  In an interview with ET this week, Neeson says:

“Oh, yeah. I think so. I’m 68 and a half. 69 this year. There’s a couple more I’m going to do this year – hopefully, COVID allowing us – there’s a couple in the pipeline and, then I think that will probably be it. Well, unless I’m on a Zimmer frame or something.

I’ve just finished one in Australia, and I had a fight scene with a kid – lovely, sweet actor called Taylor – and halfway through the fight I looked up, I was breathless, and it didn’t cost him a cent, and I said, ‘Taylor, what age are you?’ He said, ’25.’ I said, ‘That’s the age of my eldest son!’”

Mind you, this isn’t the first time he’s said this.  I think he’ll keep doing this as long as his body permits. 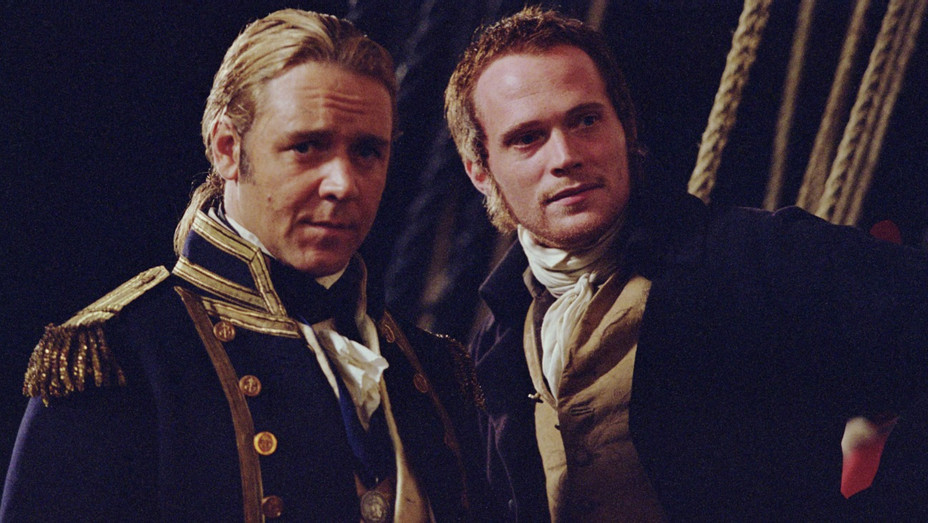 A while back, a Twitter user opined that 2003’s Master and Commander: The Far Side of the World was a boring movie.  He said:  “Lots of folk complaining about lack of sleep during the Pandemic. May I recommend Master And Commander starring the usually captivating, attention-grabbing Russell Crowe. I’ve never made it past the ten-minute mark. You’re welcome. And thanks Russell.”

This weekend Crowe took to Twitter to respond to the man’s opinion, saying:

“That’s the problem with kids these days. No focus. Peter Weir’s film is brilliant. An exacting, detail-oriented, epic tale of fidelity to Empire & service, regardless of the cost. Incredible cinematography by Russell Boyd & a majestic soundtrack. Definitely an adults movie.”

It is a good movie by the way.

Well, here’s the trailer for the new Equalizer TV series…

It takes a Queen to Equalize. Who's in? ❤️ this tweet for a reminder to watch #TheEqualizer, premiering February 7 after the Super Bowl on CBS and CBS All Access. pic.twitter.com/GOcWy0faHM

Disbelief:  Not suspended.  Stay-at-home mothers beating up half the underworld; no.

A bit late on this, but for those who also missed it, it’s the trailer for Willie’s Wonderland starring Nicolas Cage.

Synopsis: A quiet drifter stranded in a remote town agrees to work as a night-shift janitor at Willy’s Wonderland, a once-successful abandoned family entertainment center. However, his tasks suddenly become an all-out fight for survival when the facility’s eight animatronic characters come to life and try to kill him. Now, teaming up with a group of teens who also find their way into the building, he is forced to defend himself in a desperate race to survive until morning.

There is no release date yet, although the film seems to have been a pre-Covid deal. Nicolas Cage versus demonic animatronics! Sold!

Will there be a Young Guns 3?  Some signs point to… yes!

Emilio Estevez and I are excited to be collaborating on this continuation of the Billy the Kid saga – and you’re going to love where it goes @LouDPhillips @RealKiefer @ChristianSlater @EW @headgeek666 @vincentdonofrio @prattprattpratt @regulator pic.twitter.com/IOrTmULDOf

John Fusco thinks that it’s going to happen and is excited.  Will it come to fruition?  Only time will tell.