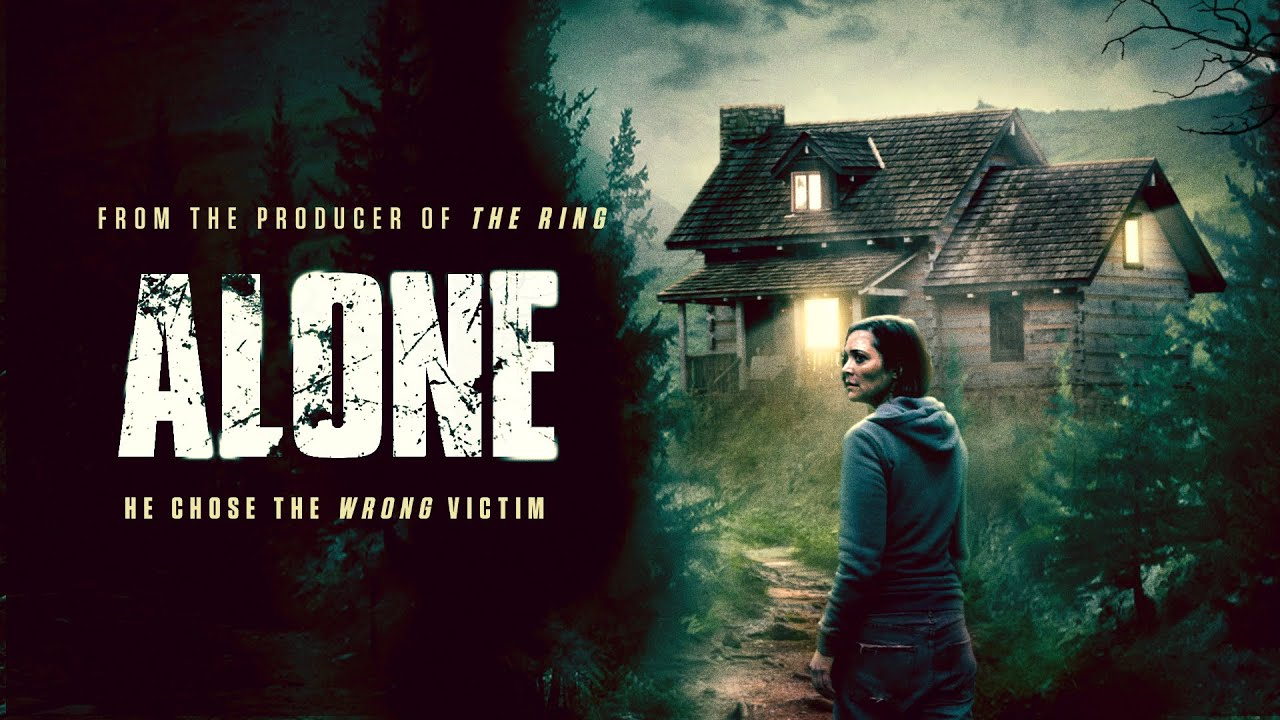 After reading John Matrix’s Alone (2020) review, I was reminded that there was a second movie released last year with that title.  One by director John Hyams, son of master director Peter Hyams.  John Hyams, you might remember, created chicken salad out of chicken shit with the satisfactorily competent Universal Soldier: Regeneration, a 2010 sequel that was filmed using coupons and dimes.  Here, Hyams tackles the old road-slasher yarn.

Moving on from a past life, the recently widowed Jessica (Julex Wilcox) needs a change of scenery and U-Hauls what remains across the country to a new residence.  Along the way and on beautiful but empty roads, she becomes the object of a murderous sex fiend’s fixation (Marc Menchaca) and engages in a game of cat and mouse, trying to stay one step ahead of ‘The Man’s’ (only name given to the character) grasp.

Hyams works from a formulaic script that has been trodden out before so often that it might as well come from some college script writing template; maniac stalks damsel on the road, who dismisses ample opportunities to call the cops or escape.  The assailant meanwhile has the usual clairvoyant ability to find said victim, apparently having a God-like eye of the earth and everything that moves around it.  Everyone has seen this stuff before and the finale seems rushed and flat.

Hyams however is skilled in creating tension out of nothing.  Two humans in a room, or a car, and Hyams amps up the pressure through intuitive camera angles and editing along with beautiful cinematography from America’s Pacific Northwest.  The villain in particular (Menchaca) is ace casting, the guy looks like someone from the FBI files.  Creepy, yet everyman.  Menacing, but not imposing, probably what The Zodiac killer would’ve otherwise looked like.

It’s barely a 7/10 and only worth one watch, but your girlfriend will love it.