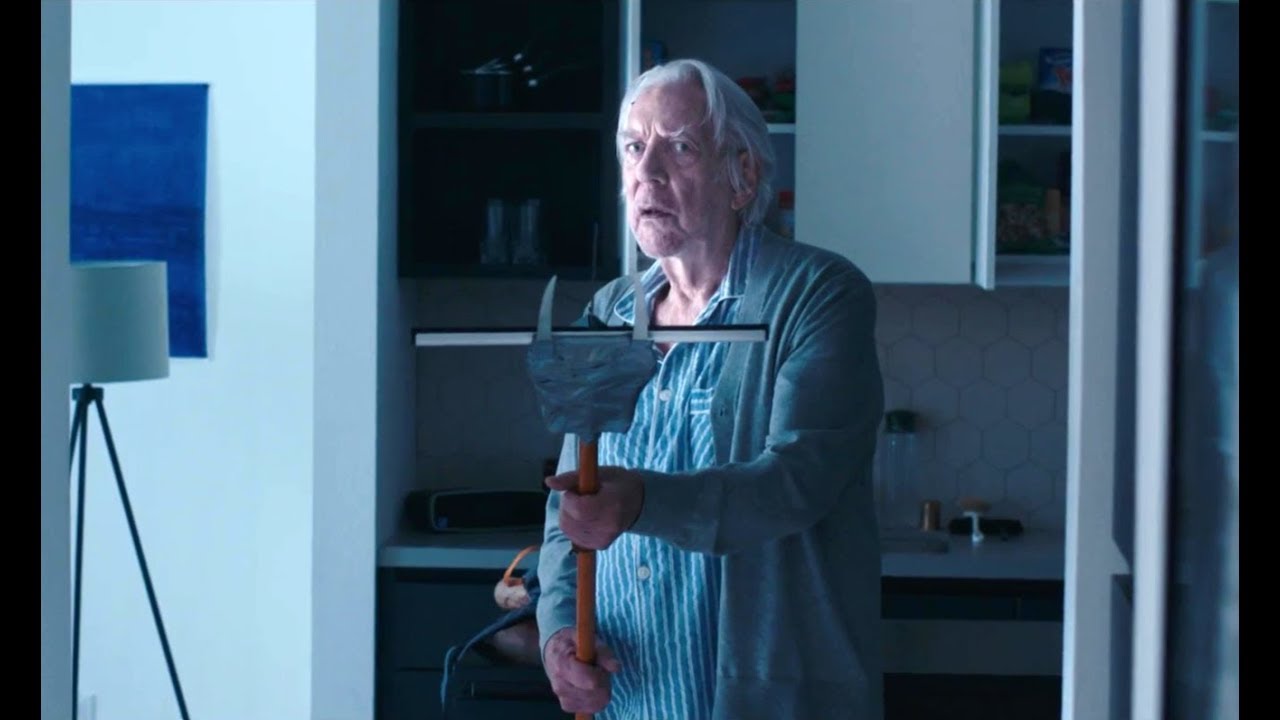 Run Time: 92 minutes
Rated: R
What to Expect: A slacker is trapped in his apartment during the zombie apocalypse.

Despite the rehashed premise (zombie-like outbreak), director Johnny Martin manages to inject some tension in the small-scale apocalyptic thriller, Alone (2020).

Carefree slacker Aidan (Tyler Posey) lives in a plush studio apartment in a central metropolitan city. After an uneventful one-night stand, he turns on his TV to see the emergency broadcast signal being transmitted. Looking out from his balcony, he sees a world gone mad. Helicopters fall out of the sky. People run in a frenzy on the streets below, attacking, biting, and screaming, some resorting to cannibalism. These screamers carry an infectious disease.

Fortifying his apartment’s front door with a heavy fridge, Aidan hunkers down. Like Charlton Heston’s character, Robert Neville in The Omega Man (1971), Aidan treats his home as a fortress. Nevertheless, after more than a month, the isolation and stress get to him. Nearing his breaking point, Aidan makes a slipshod suicide attempt before discovering a survivor, Eva (Summer Spiro), in an apartment a short distance away. Aidan initially makes contact with her via written messages on placards. When Aidan finds some walkie-talkies, he manages to throw one onto her balcony. Aidan’s new goal is to meet Eva in person. He believes they stand a better chance at survival and outlasting the terrifying menace together.

Alone is a low-key affair set in one location. However, things do get interesting when Aidan starts squaring off with the screamers armed only with a baseball bat and pick-axe. Tyler Posey makes a likable and athletic lead and is not obnoxious. Although he should have given a more assertive and mature performance considering he is no longer a teen actor.

Donald Sutherland shows up in a minor role as Edward, an apartment resident with a mysterious past. At 85 years old, it is good to see the veteran actor still giving a solid performance.

Budget limitations are the film’s most significant drawback. Also, it needed a bigger and more impactful climax. In its current state, Alone feels more like a truncated television pilot than a full-length feature film.

If you are looking for an indie end-of-the-world film, Alone may be worth a digital rental for late-night viewing. However, I strongly recommend checking out the trailer beforehand.