Who remembers when The Rock went into those awful Fast & Furious movies and made them blow up (financially) pretty much immediately?  Vin Diesel seems to have remembered this.  The two men have an ongoing feud, apparently stemming from Diesel’s jealousy.

Last June, while speaking to Men’s Health, Diesel claimed he purposefully engineered the feud in order to push Johnson to give his best acting ever. In Diesel’s words, he “could give a lot of tough love” on set, but he doesn’t regret the technique. Diesel also says his approach was “not Felliniesque, but I would do anything I’d have to do in order to get performances in anything I’m producing.”

Speaking about those comments this week during an interview for The Hollywood Reporter, The Rock said he “laughed hard” when he heard them originally.

He also added “I think everyone had a laugh at that. And I’ll leave it at that. And that I’ve wished them well. I wish them well on Fast 9. And I wish them the best of luck on Fast 10 and Fast 11 and the rest of the Fast & Furious movies they do that will be without me.”

Vin Diesel appears to have some security issues around The Rock.  Diesel, at times, has wildly varying heights, depending on who he’s standing near.  Here is Diesel with his 5’9 girlfriend (5’10, tops).  Diesel is the same height, despite wearing Nike Shox shoes. 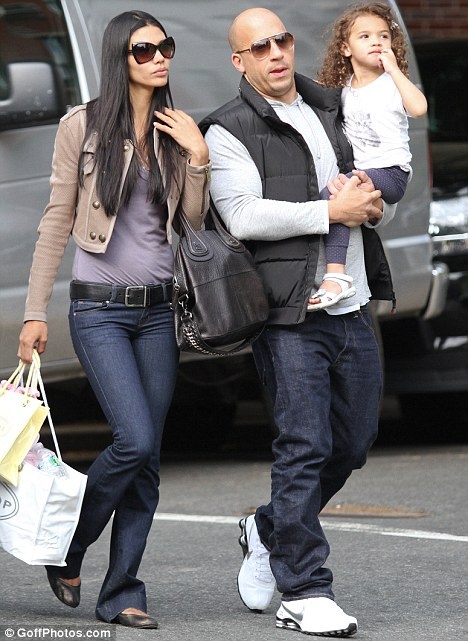 And Diesel with Chuck Norris: 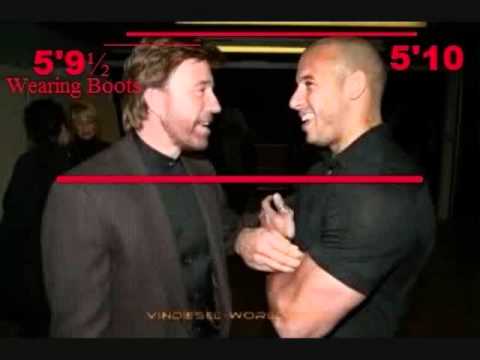 Let us consult the forensic work produced by the fine minds of Sherdog Forums. The only thing that’s missing is the long/pin-striped suit.

Related ItemsAll
← Previous Story TRAILER: JACKASS FOREVER (2021)
Next Story → STALLONE ANSWERS QUESTIONS, BUT IS IT HIM…?