DANIEL LARUSSO IS A PIECE OF SHIT | ManlyMovie

Home / Editorial / DANIEL LARUSSO IS A PIECE OF SHIT

DANIEL LARUSSO IS A PIECE OF SHIT 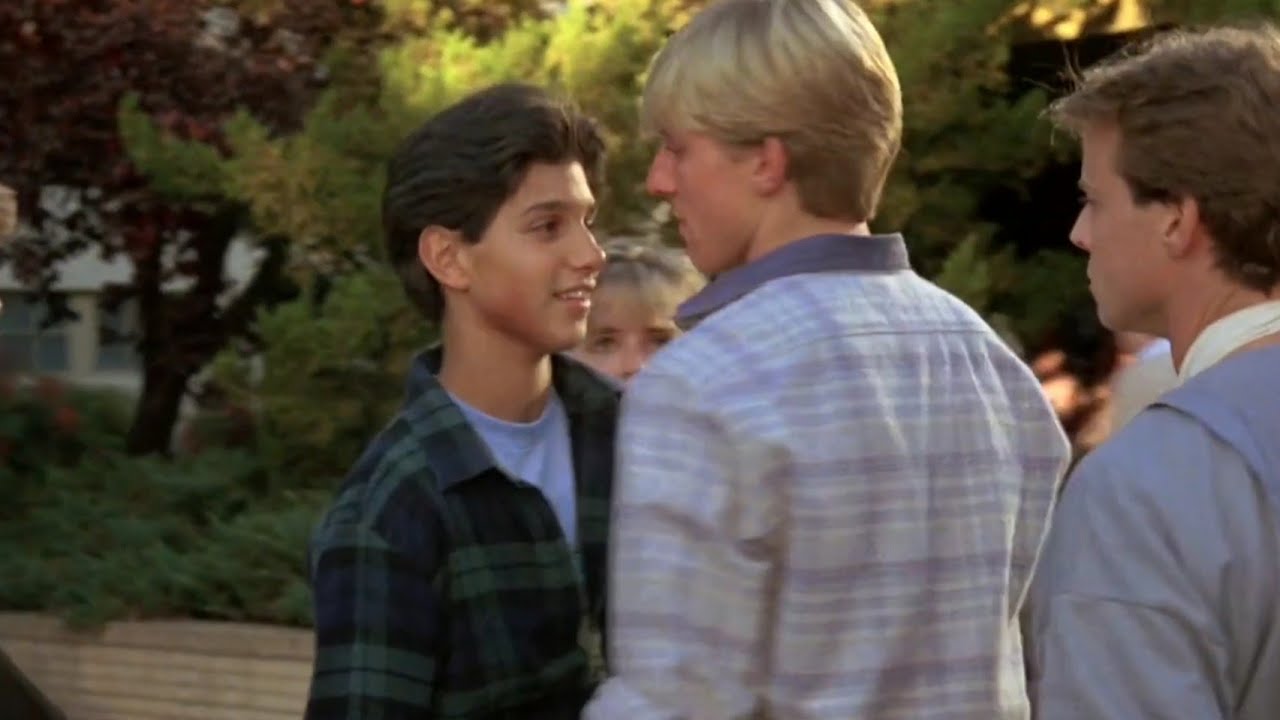 We’ve all seen the video explaining how Daniel LaRusso was a schoolyard bully, all good points and some will be repeated here.  But upon looking further at the past conduct of this person, with his various methods of cheating and harassment, we can only conclude that Daniel LaRusso is a piece of shit.  Reasons why:

In The Karate Kid, LaRusso arrives from out of town.  When I was growing up, a male kid entering another school so late in his academic career usually had fought with everyone in the next town up, until nobody could take his shit anymore and he was forced out.  These types were usually pieces of shit sociopaths… well, more than the rest of us boys at school, anyway.

Upon arriving, LaRusso immediately hits on Johnny Lawrence’s girlfriend, seizing upon the relationship troubles the latter has with her.  LaRusso would not take no for an answer.

Upon starting shit with other kids immediately upon arrival, LaRusso attacks the boyfriend of a girl who rebuffed him on the beach.  Attempting to strike first, LaRusso gets his ass pummeled by the younger boy.  Later, LaRusso violently assaults one of Mr. Lawrence’s friends on the football field and this is followed by another assault on Mr. Lawrence in the bathrooms during the high school prom. 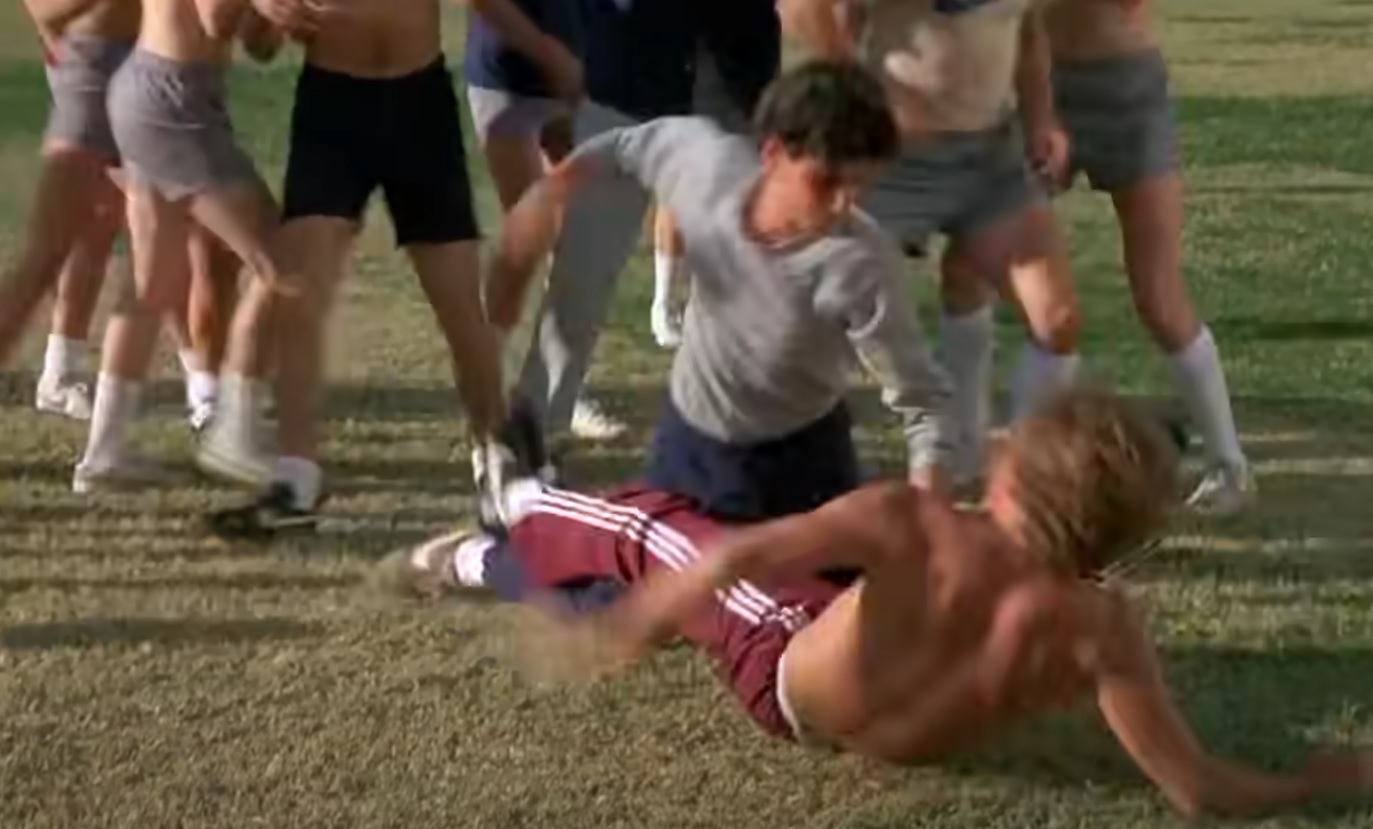 LaRusso then enters the 1984 All Valley Under 18 Karate Tournament.  However, as we learn during the movie, at the time of entry, LaRusso is already over the legal age limit, having celebrated his 18th birthday previously with his mentor, Miyagi.  This means that LaRusso was fighting younger boys as an adult.  He had an edge, those rules are there for a reason; elevated testosterone, more guile that comes with age etc.  A cheat.

In the theatrical release of the original movie, one of Johnny’s friends, Dutch, seems to take a particular disliking to LaRusso.  Dutch appears to be one of Sensei Kreese’s best students, a hothead and arguably close to Johnny in fighting skills.  In a longer cut of the movie, we see that it is not actually LaRusso who eliminates Dutch, but Dutch himself.

In director John Avildsen’s longer version of the movie, LaRusso scores a point against Dutch, with Dutch illegally tackling him in frustration, getting himself disqualified.  So the older LaRusso, who has entered illegally, could not win fair and square. 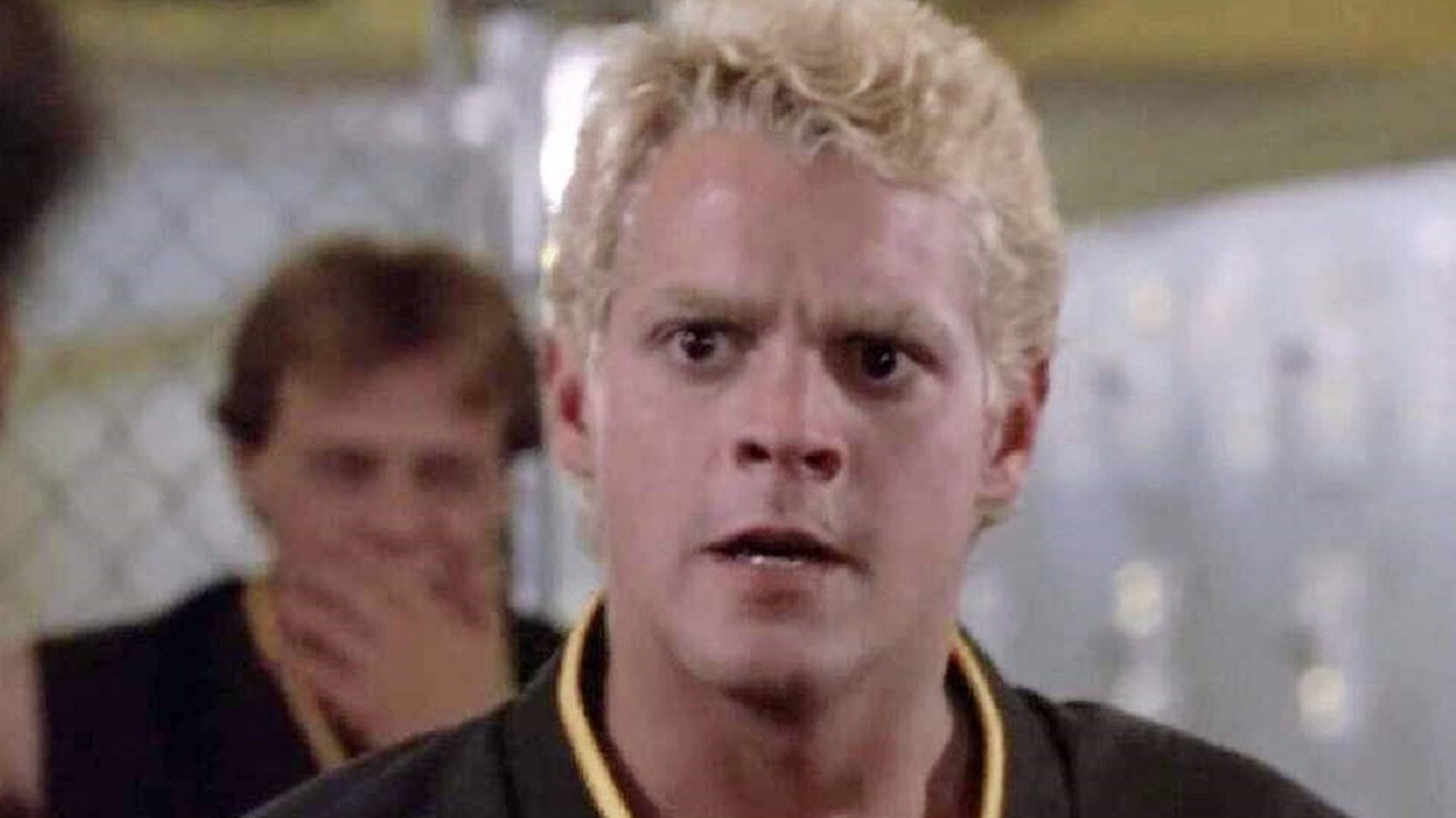 LaRusso did not actually defeat Dutch

Not only did Miyagi enter his adult fighter into a child’s karate tournament, Miyagi also lied about two things.  First, he lied about having his own dojo when entering LaRusso into the tournament.  Second, Miyagi and LaRusso lie about LaRusso being a black belt.  Miyagi doesn’t bat an eyelid as one of the officials documents these lies in front of him, at a desk, putting pen to paper.

Is this acceptable conduct?

In the final of the All Valley Karate Tournament, Daniel LaRusso scrapes his way through to the final, having lied about being a black belt, being under 18 and dispatching stronger opponents through technicalities.

In the final fight, LaRusso takes down Johnny Lawrence with a kick to the face.  This is an illegal move, as all strikes to the face were deemed illegal.  LaRusso would then spend decades gloating about his stolen victory. 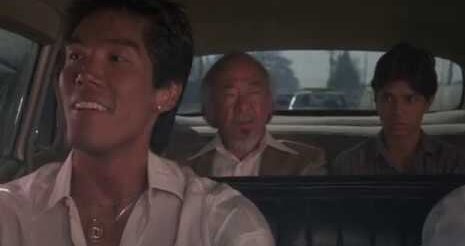 Upon arriving in Japan, LaRusso immediately takes a disliking to cheerful local grocer, Chozen, mean-mugging him within minutes

In The Karate Kid: Part II, there is clearly something romantic going on between local grocer Chozen and Kumiko.  How do we know this?  Well aside from the obvious smouldering chemistry between the two, Chozen offers the girl another of his shirts, noting that he knows that she is a fan, because she already has a collection of them.  Obviously, she is spending a lot of intimate time with this fellow, women often steal items of our clothing, a known fact, especially when we are unable to see them for long periods.

Then LaRusso shows up and reverts to form; immediately gets himself in trouble with a gang by trying to rub another man’s rhubarb.  In fact, LaRusso’s mentor Miyagi did the same thing decades earlier, trying to steal another man’s woman, before fleeing to the USA when confronted.  When confronted a second time, the aggrieved party demands that Miyagi fight to settle the score, even giving Miyagi prep time for the battle.  However Miyagi refuses to show up.  ”COWARD’, his opponent yells.  Who can do anything but root for Chozen’s uncle in this movie, given the facts at hand?!

When LaRusso illegally entered the All Valley Karate tournament in 1984, as we have already demonstrated, the man was 18, despite the tournament being technically for minors.  Yet somehow LaRusso returns, a year later, to defend the title again, now presumably at the age of 19.  We must assume that in The Karate Kid: Part III, that Daniel LaRusso is a 19 year old man fighting boys as young as 16 or worse. 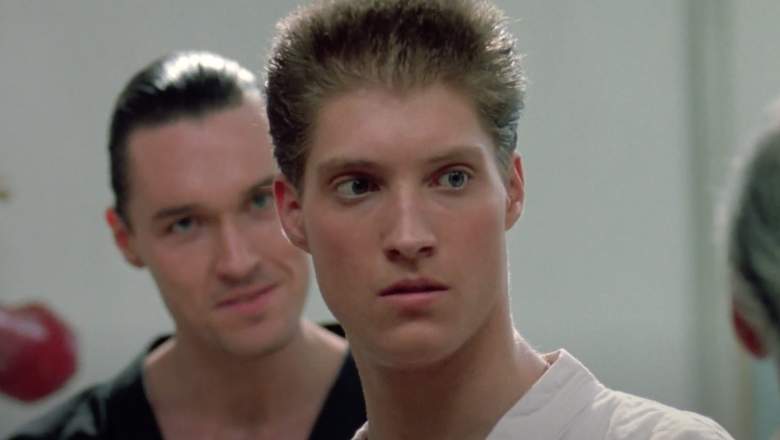 LaRusso did not actually defeat Barnes

In the second All Valley Karate tournament, Mike Barnes is beating the shit out of LaRusso.  Senseis Silver and Kreese instruct Barnes to score a point and lose that point over and over so that Daniel will experience pain for the full three minutes, and then beat Daniel once and for all in the sudden death round.

Clearly outclassed, LaRusso steals one by taking out Barnes in sudden death by sneaking a point.  As we have seen, not one but three Cobra Kai fighters were simply stronger and better than LaRusso

In The Karate: Part III, Daniel LaRusso is clearly a disturbed individual.  His latest love interest (having gotten bored of two other men’s women), senses something is wrong, and observes despicable behavior: “What is wrong with you?!”  and… “… are you nuts?!!”.  This is after LaRusso violently assaults a fellow patron in a nightclub, leaving him bloodied on the floor.  Elsewhere, when LaRusso’s girlfriend is in peril, hanging off a cliff, LaRusso shows more interest in saving a garden plant than making sure she’s safe.  He even yells at her, “Get out of the way!”, as he sees his money going down the drain, with the valuable plant about to get washed away.

LARUSSO BELITTLES A DOWN AND OUT MAN

Years later, after LaRusso scammed his way to success in life by cheating in multiple Karate Tournaments for children, one of his victims shows up in LaRusso’s now bustling car showroom.  Johnny Lawrence, down and out on his luck is approached by LaRusso, who recruits a colleague to engage in a humiliating put-down about how LaRusso ‘kicked his face’ to win the tournament, all those years ago.

This was no accident.  LaRusso is gloating and directly referencing an illegal strike.

When Johnny Lawrence decides to pull himself together in the 2010s, it was motivated by seeing a young fellow get bullied, like he was all those years ago.  Johnny decides to open a new karate dojo, resurrecting Cobra Kai in fact, to help trouble youngsters across the valley.

But this man, simply trying to better himself in life, had his venture thwarted by jealous manlet Daniel LaRusso, who used his clout in the business world to try and shut down Johnny Lawrence’s new establishment through unscrupulous methods.