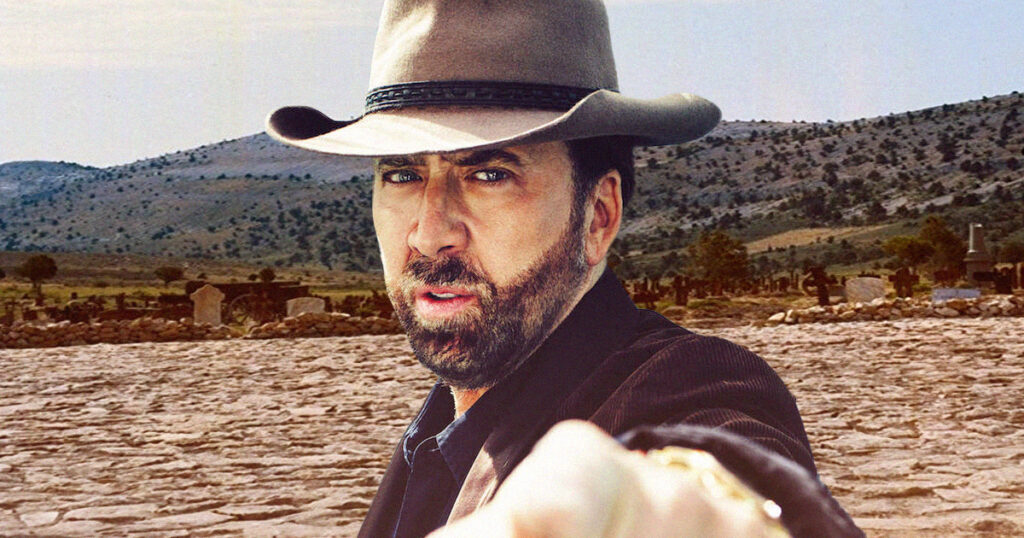 Nicolas Cage is finally making a (conventional) move into the western genre.

In The Old Way, Cage will star as Colton Briggs, a former gunslinger who now runs a general store and lives quietly with his family. When a gang of outlaws murders his wife in cold blood, Briggs returns home to find his world burning. He unearths his sidearm and saddles up with an unlikely partner: his twelve-year-old daughter.

He will then shoot a second western, Butcher’s Crossing back to back with this one in Montana.

Here is the trailer for The Matrix: Resurrections. It seems that this project has been a long time coming.

It reunites Keanu Reeves and Carrie-Anne Moss as cinematic icons Neo and Trinity in an expansion of their story that ventures back into the Matrix and even deeper down the rabbit hole.

The Matrix Resurrections in theaters and on HBO Max December 22.

We never got that sequel.  Apparently, we’re not even getting a decent home release of the first.  But leave it to CBS to create a TV remake that nobody asked for.  ‘Shameless’ actor Steve Howey is the new Harry Tasker.

His wife has not yet been cast, but the project gets the blessing and even financial backing of Jim Cameron, who probably doesn’t care one way or the other.

Same plot as the movie, with an unfulfilled secret agent and his frumpy wife getting into espionage shenanigans… on the cheap, since you know, it’s CBS.

I’m not even joking when I say I can’t even remember if I’ve already reported this, since Mr. Willis has become so… ubiquitous.  Hell, sometimes these VOD’ers of his even change names, which makes them even harder to remember.

Corrective Measures is another one.

The story is based on Grant Chastain’s graphic novel and unfolds in San Tiburon, the world’s most dangerous maximum-security penitentiary.  It’ll feature Willis as a kingpin criminal, in a prison that houses both humans and cyborgs.