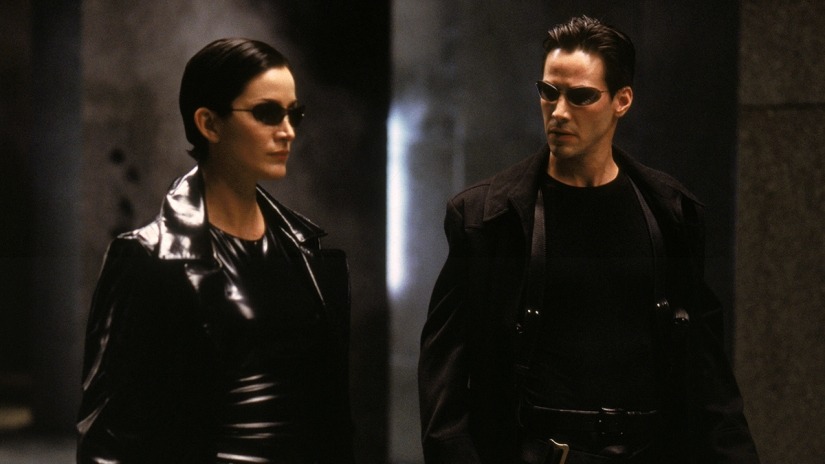 The original Matrix movie is the source of the term Red Pill.  It has taken on the connotation that one can remove oneself from an unhealthy reality, usually instilled through propaganda.  Irony:  The new Matrix movie is trying to blue-pill people.

RT reports that in a recent interview,  writers Aleksandar Hemon and David Mitchell admitted that they attempted to ‘weave’ their personal political views into the film.

“We were aware because you bring it into [the movie’s writing collective] The Pit, all that’s happening in the world, so we talked about specific things,” Hemon noted.

“Things like the Red Pill/Blue Pill trope or meme and how it was kidnapped by the right wing, the verb ‘to red-pill’ and so on. So one thing we were mindful of is how to reclaim that trope. To renew the meaning of Red Pill/Blue Pill.”

The red pill is taken by Neo in the first Matrix movie, which allows him to see what is really going on, and that he is trapped in an AI prison. The blue pill, which the character rejects, allows one to remain blissfully unaware that anything is amiss.

According to reports, Agent Smith, the Matrix generated AI villain in the movie, uses right wing terminology throughout the new film, with lines such as “facts don’t care about your feelings.”

The writers also admit that for them it felt “empowering to write a rebuttal to the weaponization” of the red pill terminology.

“I don’t see myself as a frontline fighter in the culture war, but you also want your work to mean something, to have an ethical edge. One of the many reasons I’m proud of Resurrections is it does have that,” said Mitchell, adding “What I’m trying to say is, I think the film has integrity, and perhaps that’s the source of the integrity.”

Hermon added “I concur. There is a bit of a difference between my and Mr. Mitchell’s situation in that, well, he’s a kinder person so he doesn’t get angry as much.”

He continued that because he lives in the U.S. he has become “infused with a need to confront some of the things that are taking place in this country,” adding “But we did not set out to get into arguments with right-wingers.”

The pair also stated that they have no desire to interact with “nazis and fascists,” agreeing that to do so would be akin to “having debates with creationists,” and “By inviting them to the podium, it’s a tacit endorsement that the idea is up for debate.”