Per a recent discussion in the comments section, Gary Busey once had a TV show where he let a Buseyite hang out with him for a full season. Here it is.

There are quite a few people who have not seen I’m With Busey.  Personally, I have.  Back in the days when people still gave a fuck about satellite/cable and actually watched it (those days were so much better).

All of the episodes are on YouTube now.  Check out the description for each…

1 Pilot
Gary teaches Adam about what makes a man a man. Activities include Gary dressing as a woman in order to teach Adam about the feminine side of men, stating that “all men are failed women at birth.”

2 Vision Quest
Gary teaches Adam how to survive in the desert by taking him on a journey to meet “The Magic Indian.” Activities include Gary destroying Adam’s camping equipment and forcing him to spend the night in the open in front of a campfire.

4 Technology
Gary teaches Adam about the destructive potential of various forms of technology, (such as cameras and cordless phones) while Adam tries to show Gary the positive side of technology. Activities include the duo constructing remote-controlled robots and battling them against each other.

5 Imagination
Gary attempts to unlock the power of Adam’s imagination. Activities include the duo pitching an idea from Gary’s imagination—a roadkill cookbook—to a publishing agent.

6 Romance
Gary tries to help Adam with his love life. Activities include Gary tracking and advising Adam on a blind date.

7 Protection
Gary tries to show Adam how to protect himself. Activities include Gary forcing Adam to accompany him while he demonstrates protective driving. 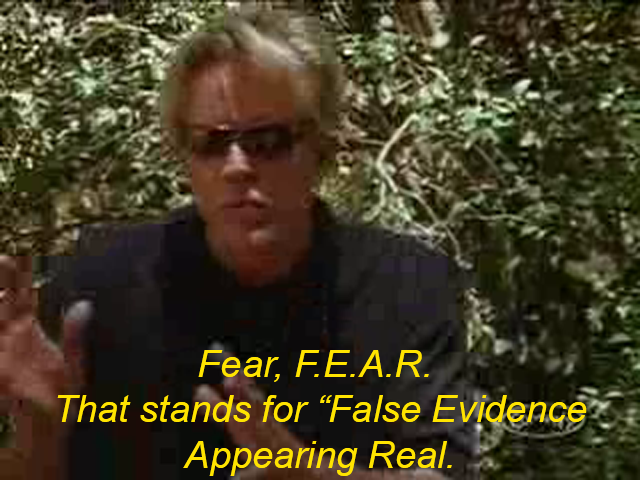 8 Mystery
Gary and Adam investigate various mysteries, such as UFOs and bigfoot. Activities include Gary sniffing a man in an airport restaurant in order to determine whether or not he is an alien replicant.

9 Acting
In response to Adam’s desire to learn how to be a movie star, Gary attempts to teach him about acting. Activities include Gary and Adam improvising a scene at an audition for a play instead of the scripted scene they are expected to perform.

10 Learning and Knowledge
Gary tries to teach Adam to learn life lessons rather than relying on academic knowledge. Activities include Gary forcing Adam to serve as a fry cook at a restaurant as a form of on-the-job training while he takes orders from the customers.

11 Environment
Gary teaches Adam about the importance of the environment. Activities include Gary cooking a dead badger found by the side of a road on a grill he scavenged from a garbage dump.

12 Trust
Gary tries to teach Adam about trust. Activities include Gary forcing Adam to climb to the top of an eagle perch and jump off to reach for a trapeze swing, while he controls the harness.

13 Break Up
Andy Dick encounters the duo at a video store and tries to convince Adam to allow him to supplant Busey as the star of the show. Activities include Adam and Andy going on a shopping spree.

IMPORTANT!  Now, I know what you’re thinking.  Because I was thinking it too.  They have to do a show called… I’m With Sensei.  How amazing would that be?

Related ItemsAll
← Previous Story JAMES GUNN ALLEGES 150 MILLION COMIC MOVIE VIEWS – WHERE ARE THEY?
Next Story → WHEN TURGID DIALOGUE BECOMES TOO MUCH