THE CASE FOR JOHNNY TRAN | ManlyMovie

THE CASE FOR JOHNNY TRAN

It’s been 20 years since Johnny Tran was wronged.

A man humiliated, conspired against and ultimately slain — shot in the back by lesser men.  In the movie The Fast & the Furious, Mr. Tran is portrayed as the villain of the show, whilst Dominic Toretto and his criminal empire are presented as heroes.  This article will make the case for Johnny Tran and argue that, through the prism of reason, we can only conclude that Mr. Tran is not the villain but is in fact the aggrieved party.

Let’s look at the Toretto Gang’s continued violent campaign of harassment against Mr. Tran.  Beginning with the violation of a territorial arrangement, the catalyst for events to follow, the proof that Toretto initiated hostilities.  After being chased by the law, Toretto enters Mr. Tran’s turf in a car with a Federal Agent alongside him.  Instead of shooting him off the road, Johnny takes a measured response and escorts Toretto to a parking lot.

“I thought we had an agreement.  You stay away.  I stay away… everybody stays happy?”, offers Mr. Tran.

Toretto invaded Mr. Tran’s territory.  Now some might say that Johnny destroyed Toretto’s car, however this isn’t strictly true.  Toretto denies owning the vehicle, as does Bryin O’Conner.  Given that the car is now sought after by police, Toretto dumps what is essentially a ‘hot’ vehicle in Mr. Tran’s neighborhood, inviting unfair police suspicion towards he and his associates and community.  Mr. Tran disposes of the evidence.  It’s nobody’s car. 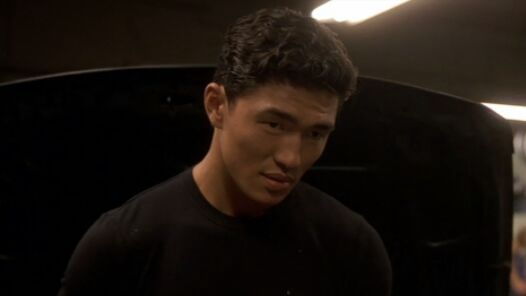 Johnny Tran, a man with the patience of a saint

Not even Johnny Tran’s mechanic workshop was safe from Toretto and his men.  Halfway into this film, Toretto and his pals break into Mr. Tran’s workshop, through a skylight in the ceiling, they even had a man on the outside keeping watch, to ensure the plundering, or whatever it was they were up to, went by safely.

Just who are the real antagonists and protagonists here? It seems that only O’Conner’s superior in the FBI (Ted Levine) is the one keen to highlight that it is Toretto, not Tran, who is the real piece of shit. For instance, reminding O’Conner that Toretto beat a man half to death with a wrench over a civil dispute. Levine repeatedly dismisses the idea of Tran being the real bad guy.

Perhaps one of the worst insults to Mr. Tran’s honor was the siccing of the FBI onto Mr. Tran’s family home.  A raid in broad daylight, Federal Agents storm the building whilst Mr. Tran and his elders are trying to have a family meal.

One man was even assaulted.

This brought shame to the Tran family name.  Worse, the charges were bogus (and dropped) and in fact the real perpetrator was Toretto; a thief and armed robber, stealing DVD players, something for which Johnny almost takes the blame for. 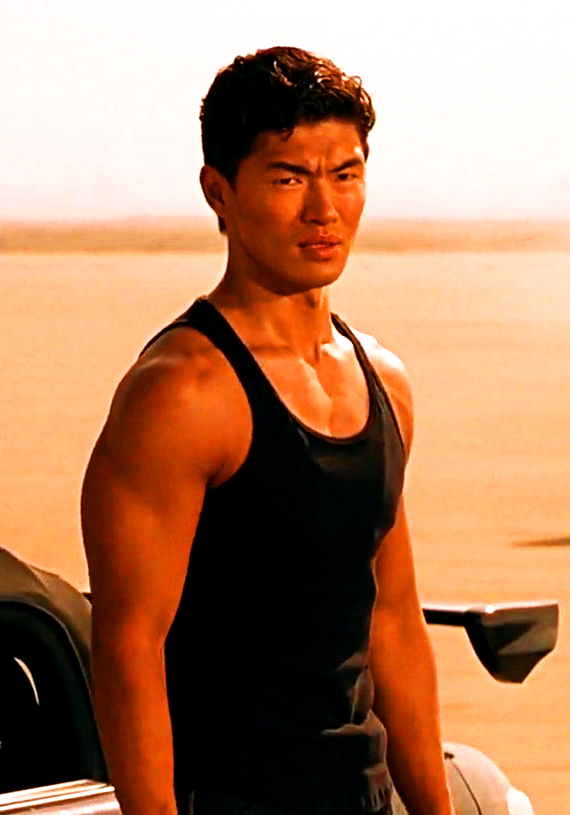 At the Race Wars event in the desert, Johnny Tran decides to oblige one of the Toretto Gang (‘Jesse’), and have a race with him.  His Honda S-2000 versus the Toretto Gang Volkswagen Jetta.  When Mr. Tran wins the race through having superior skills and a superior car, he gets screwed as the opponent simply drives off and leaves the event.

So far, Mr. Tran has shown great restraint.  But now, the tolerance of any group leader would be tested.  Clearly, one side is humiliating the other.

After seeing Toretto’s boy drive off in what is now Mr. Tran’s Volkswagen Jetta, essentially, stealing his property in front of all, Mr. Tran finally confronts violent criminal Dominic Toretto.

TORETTO! TORETTO! SWAT came into my house, disrespected my whole family because somebody narc’d me out! And you know what? IT WAS YOU!

Take note that Johnny is by himself, whilst Toretto is hanging out with nearly all of his gang, but Johnny stands up to him anyway.  Next however, Toretto sucker punches Johnny, then beats on him with the safety of half a dozen men behind him.

DOMINIC TORETTO HAS FEDERAL AGENTS SHOOT HIS RIVALS IN THE BACK

At this point, Johnny Tran, head of his own crew, cannot stand by and do nothing.  To do nothing would be to show weakness in the face of relentless street thug bullying.  Perhaps ill advised, an emotional Johnny and his cousin pull a drive by at the Toretto residence, hitting the thief who stole his Volkswagen Jetta.  Although since Toretto likes to fight 5:1, this may have been the only option.

Immediately, Toretto the rat gives chase, with his Federal Agent buddy.  The fleeing Trans are only on bikes, something which Toretto uses against them – ramming one with his 1.5 ton automobile.  Whilst O’Conner gives chase to Johnny.

In this final incident and in a moment of utter ignominy for Dominic Toretto’s reputation as a man of the streets, Dominic Toretto’s Federal Agent buddy shoots Mr. Tran in the back, killing him.  You’d have to wonder, how could Toretto ever show his face again?